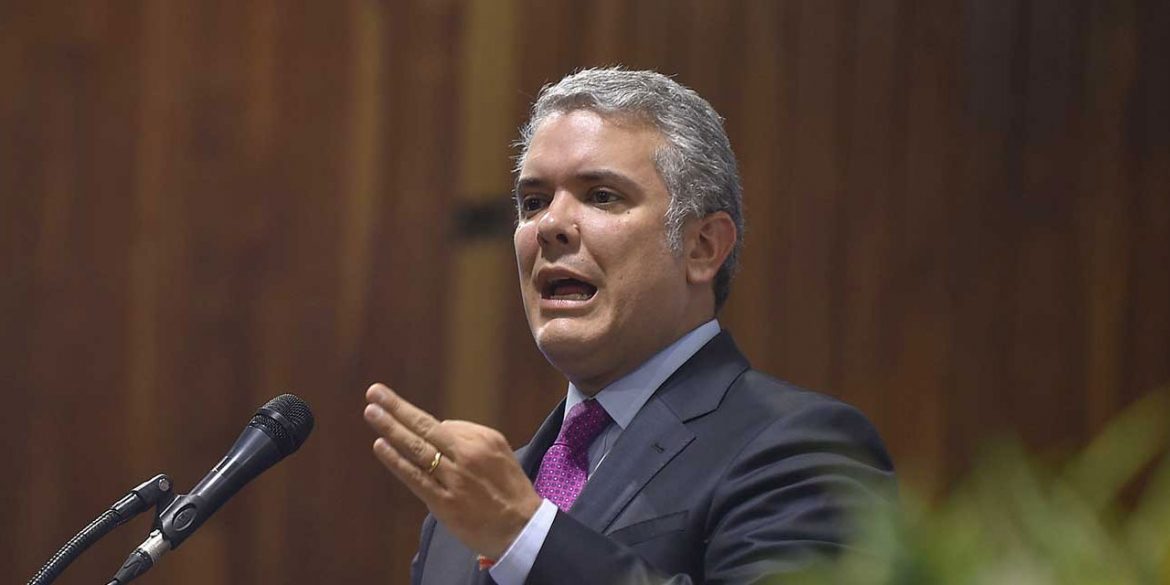 Colombia’s President Ivan Duque said Wednesday he will not resume peace talks with the ELN, despite the guerrillas’ release of nine hostages.

According to Duque, the ELN continues to hold 10 people hostage and should “suspend all criminal activity” before peace talks he put on hold last month can resume.

The ELN denies holding more hostages and said on Twitter Wednesday that “what we hope is that Ivan Duque sits down to talk and this way exposes the conditions or arguments he wishes.”

The war is also of words

Until Duque took office last month, the ELN was negotiating a bilateral ceasefire that included the guerrillas’ suspension of military operations, and activities like extortion and drug trafficking with which it has financed its rebel army.

The new president, however, has refused to legitimize the ELN’s decades-long armed insurgency and reiterated Wednesday that he will not negotiate an end to violence until after the guerrillas renounce violence.

If we accept that we speak of peace while acts of violence are taking place, what we are telling the country is that violence is a legitimate mechanism to make the State listen, and that is what ends up weakening institutions, legality, the Constitution and the law.

Duque is trying to forge the ELN into declaring a unilateral ceasefire before agreeing to negotiate an end the armed conflict that has devastated the country for decades.

The guerrillas have categorically refused to do this without reciprocate action from the state they and other guerrilla groups have tried to overthrow since 1964.

Meanwhile, violence that reached record lows in 2016 after a peace deal with FARC guerrillas is on the rebound.

The Red Cross warned earlier this week that forced displacement doubled in the first half of the year compared to the same period in 2017. The Defense Ministry stopped publishing statistics in April after also they indicated sharp increases in violence.

Is Colombia able to prevent a return to war?

Duque’s hard-line rhetoric is contradicted by the reality that Colombia’s traditionally weak and corrupt state system is failing in large parts of the country.

This became painfully evident after the demobilization of the FARC, which effectively controlled more than a quarter of the country.

Instead of the state, illegal armed groups of all kinds, including the ELN, moved in to assume control of the countryside and the peripheries of urban areas.

Public confidence in Colombia’s state institutions is virtually non-existent and only a minority of Colombians believes in a military solution to the country’s decades-long armed conflict, according to Gallup.