Is Colombia able to prevent a return to war?

The United Nations rang the alarm on Friday over explosive increases in forced displacement and attacks on Colombia’s civilian population. Authorities are struggling to maintain peace.

In a report, the United Nations Office for the Coordination of Humanitarian Affairs (OCHA) said that forced displacement went up 112% in the first half of 2018 compared to the first six months of a peace process with the demobilized FARC guerrilla group. 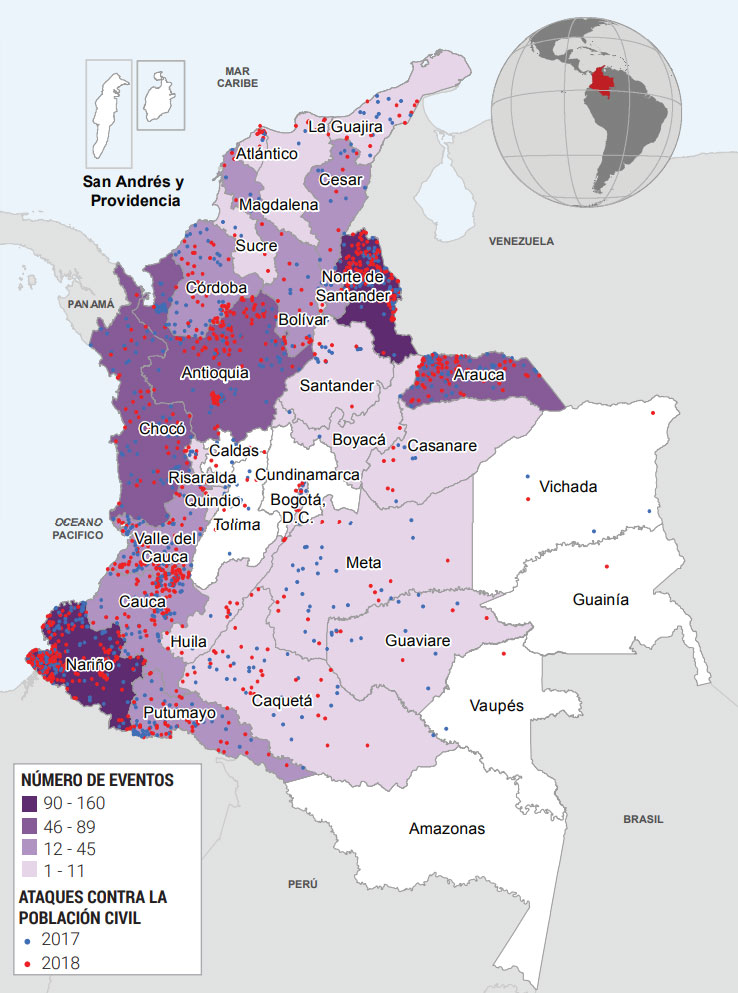 The explosion of violence in some areas displaced more than 19,000 people in the first six months of the year, according to OCHA.

Combat and attacks on the civilian population spurred a staggering 1,000% increase in the confinement of communities and a 1,200% increase in people’s restriction of movement, the organization said.

Violence between the military and a variety of illegal armed groups, and violence targeting civilians is restricting the freedom of movement of more than 920,000 Colombians, the OCHA said.

Almost 14,000 people are unable to enter or leave their communities at all because of the violence, according to the UN agency.

The deterioration of the humanitarian situation is reflected in the victimization (massive displacements, confinements and restrictions on mobility and access) due to the persistence of human rights violations, breaches of IHL in a context of the implementation of the peace agreement.

But the country’s traditionally weak and corrupt state apparatus has been unable to take control from the FARC in many rural areas. Instead. illegal armed groups and regional power brokers took over.

The violence is not just affecting people in rural areas that were previously controlled by the FARC.

In Medellin, Colombia’s second largest city, almost 80,000 people are unable to move freely because of restrictions imposed by armed groups like the “Oficina de Envigado” and the AGC, according to OCHA.

The state, and particularly the security forces, have come under fire for failing to take control over these areas.

Rampant corruption and mismanagement have battered the effectiveness of Colombia’s state for centuries and have long been considered one of the principal causes of armed conflict in the South American country.

This has become particularly evident by the violence that followed the state’s failure to impose the rule of law in its own national territory and borders.