If Colombia’s President-elect Ivan Duque returns to war with ELN rebels this would put the country in “grave danger” and come at a “high cost” the International Crisis Group (ICG) said Thursday.

In a report, the think tank that investigates violent conflict urged the international community “to stress to Duque the grave dangers of returning to conflict” and prevent a resumption of a crime-fueled war of more than half a century. 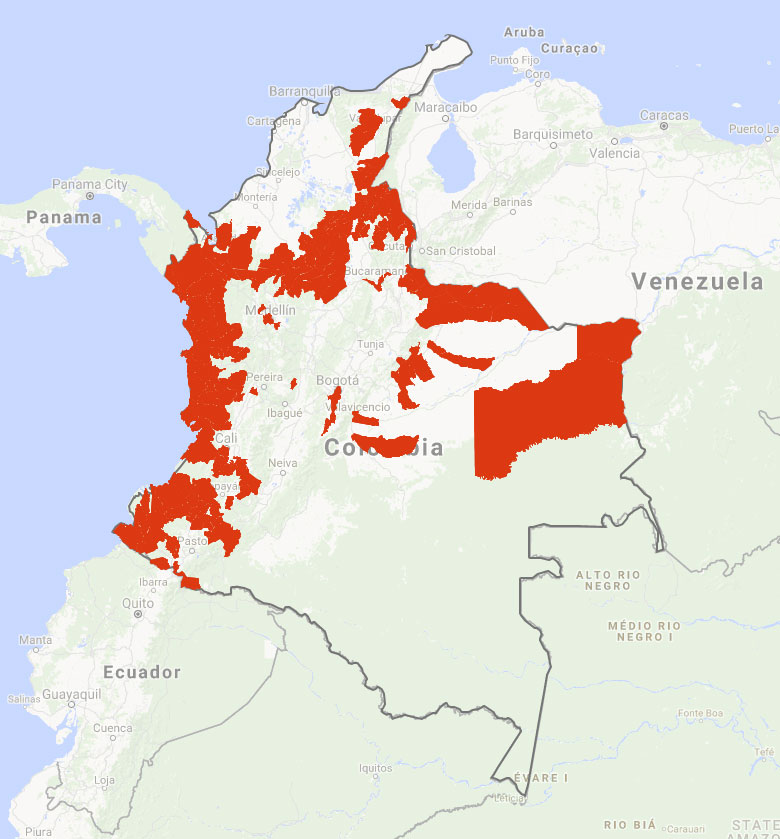 Poverty and violence rates dropped to record lows last year after Santos bartered a deal with the FARC guerrilla group that controlled one third of Colombia and demobilized 14,000 people.

Corruption has virtually paralyzed Colombia’s state system, however, making peace elusive in many rural areas and urban peripheries that were abandoned by the FARC.

Not the rule of law, but the rule of the ELN, far-right war lords, or political mafias is imposed in much of Colombia.

Duque and Uribe have threatened to end talks that were started by outgoing President Juan Manuel Santos. But according to the ICG, “the costs to the country of resuming war would be high” with virtually no chance of defeating the guerrilla organization with sheer force.

It would mean more forced displacement and would likely provide cover for more killings of community leaders, as such killings by the ELN would continue while other perpetrators could seek to justify murders by claiming leaders were clandestine guerrillas – a common accusation throughout Colombia’s wars. The conflict would thwart formal  economic development, impede efforts to tackle illegal businesses and make it all the harder for Colombia to shed its reputation as an intrinsically violent land. On the other hand, achieving peace through negotiations would aid Colombia’s quest to become a more respected regional and international power. The suffering a return to war with the ELN would entail for the country’s rural populations, combined with the damage to its global standing and economic development, should weigh heavily in President Duque’s deliberations.

The ICG urged the United Nations and foreign governments that support the talks “to stress to Duque the grave dangers of returning to conflict.”

Because of its clandestine operations and small military branch in comparison to that of the FARC, the ELN remains a mystery to many Colombians. Better understanding of the guerrilla group and its recent evolution is essential to ensure that negotiations survive a change in government.

When entering office on August 7, Duque is going to be confronted with ELN violence that has expanded since 2012, the year that Santos began peace talks with the FARC.

Colombia’s incoming president prefers the hard-line of his controversial political patron, former President Alvaro Uribe, but “that is unlikely to work.”

The Colombian military has indeed dealt the ELN painful blows. But, even with its massive military superiority, it can only bloody the guerrillas, not vanquish them – at least in the short to medium term.

Data provided by the ICG showed that the security forces have maintained activity against the ELN, but that homicides and fighting with other illegal armed groups have increased.

More than 311 social leaders have been assassinated since 2016 amid the state’s failures to effectively exist in many rural areas.

So far this year, the ELN has been fighting rival groups more than it was fighting the state, according to the ICG.

The ELN “does not constitute a national insurgent threat, but its regional units exert firm territorial control over increasingly large parts of Colombia’s peripheries, in which they perpetrate a great deal of violence,” said the think tank.

The ELN’s political power does not come only from the barrel of a gun. It also resolves local conflicts and enforces rough justice in almost every area it controls. In strongholds, such as Arauca and Catatumbo, the group often forces young people who consume drugs to labor at guerrilla camps for short periods, in order to “correct” their behavior. One community leader in ELN territory in Cauca called the group a “necessary evil”, because without them thieves and rapists would “invade” her town.

Compared to 2012, 57% more municipalities experienced ELN-related violence this year. The ELN is currently active in more than 10% of the country, the ICG’s data showed.

How to win a guerrilla war?

According to the ICG, “the ELN stands out for its resilience in modern-day Colombia,” partly because of the country’s lucrative informal economy and because to its forces can easily move in and out of neighboring country Venezuela.

Long sympathetic to the Venezuelan government, the guerrillas have a cross-border lifeline to the neighboring country, with senior commanders residing there while fighters act ever more openly in Venezuelan towns and villages.

Furthermore, “the safety and protection the guerrillas have historically enjoyed [in Venezuela] will continue to work to their advantage.”

“The territories across the country in which the movement operates are difficult to penetrate and control, while the ELN’s fighters, often disguised as civilians, remain hard for authorities to identify. Declaring war on the group may sate the new government’s desire to impose state control over the entirety of Colombia’s national territory, but firepower alone will not bury the last of its guerrillas.

The peace talks with the ELN, disapproved of by Duque and the majority of Colombia’s voters, are more likely to effectively end the ELN’s “armed resistance,” and allow the state to effectively control its territory for the first time in more than half a century.