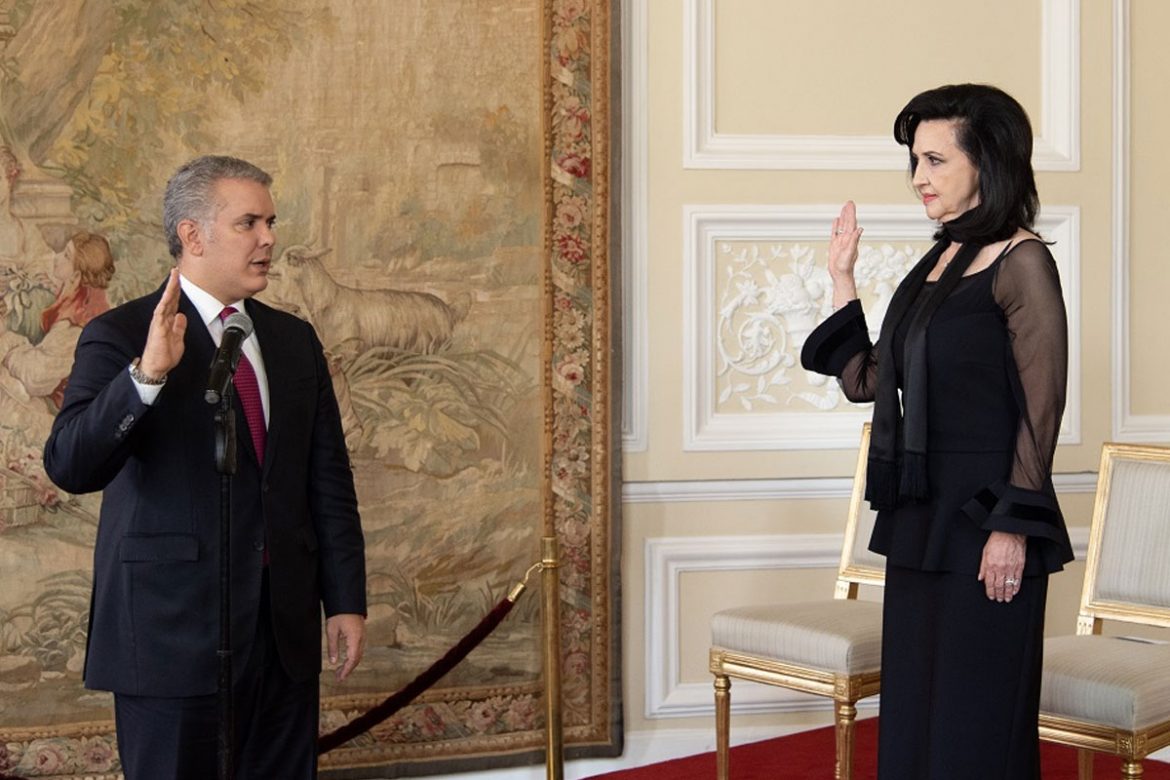 Duque isolated as US vows ‘strong support for peace in Colombia’

US Secretary of State Antony Blinken expressed his “strong support for peace in Colombia” in his first phone call to his Colombian counterpart Claudia Blum on Thursday.

A press release by Blinken’s spokesperson Ned Price made it clear that US President Joe Biden’s priorities would require major policy changes from his far-right Colombian counterpart Ivan Duque.

The secretary of state said the US government will help Bogota “as it extends the benefits of peace throughout the country” and ensures “the protection of human rights.”

Duque has refused to implement key elements of a 2016 peace deal with demobilized FARC guerrillas and has shown little interest to curb the deterioration of human rights in Colombia.

Blinken said he would support Duque to “defeat the narcotraffickers and transnational criminal groups,” but ignored the Colombian government’s policy to forcibly eradicate coca, which was endorsed by Trump.

The peace deal obliges Duque to develop public policies that would allow the dismantling of the illegal armed groups that are fueled by illegal activities like drug trafficking and illegal mining.

Some, however, are close to the president’s far-right Democratic Center (CD) party and all justify Duque’s militaristic approach and his refusal to comply with the peace deal bartered by his predecessor, former President Juan Manuel Santos.

Blinken’s failure to endorse Duque’s hardline policy and explicit endorsement for peace will require the Colombian president to implement policies that have been opposed by his party.

The CD can count in little sympathy from the Biden administration, however, after its members and even government officials actively campaigned for Trump ahead of the US elections in November last year.

The Colombian president now has the almost impossible task to make things right with Biden, who has so far failed to call Duque, without being rejected by his own party.

Blum failed to mention Blinken’s explicit support for peace, but stressed a mutual agreement on the importance of restoring democracy in neighboring Venezuela and the reactivation of the economy that is in crisis due to the coronavirus.