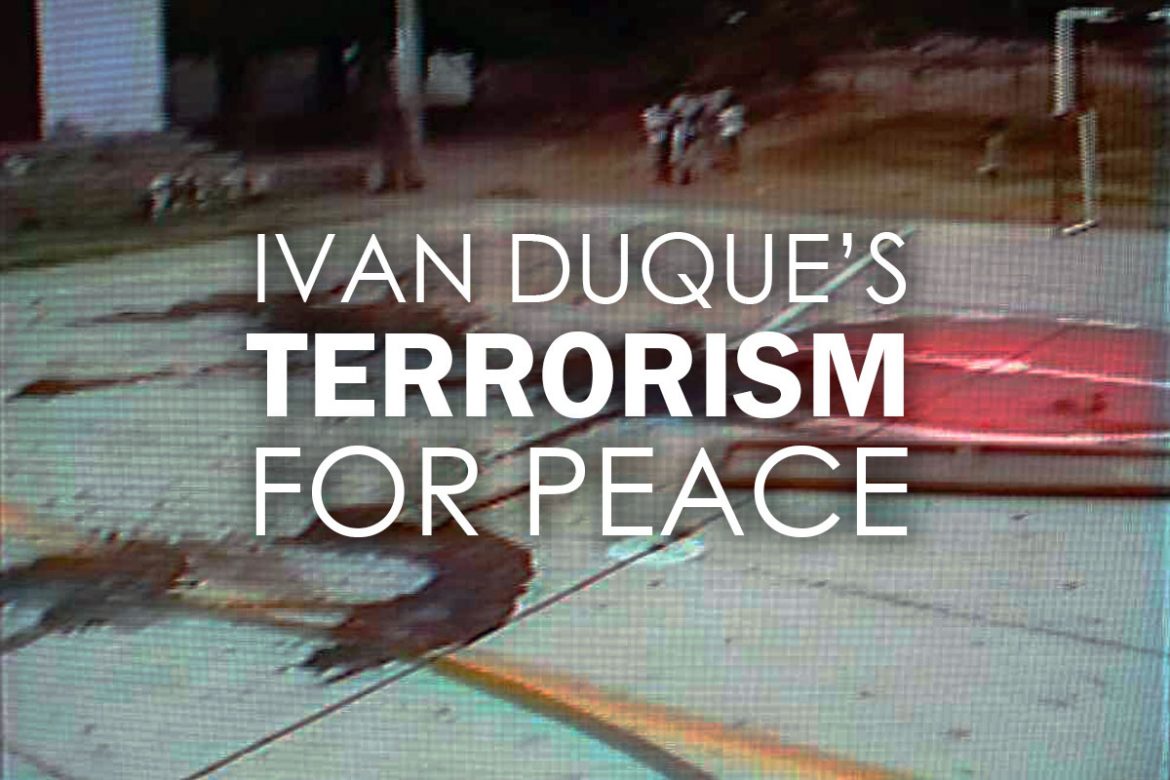 Colombia’s far-right group “Aguilas Negras” claim “we will finish” the massacre in the village of El Salado that left more than 60 locals dead in 2000.

According to the town’s leaders, they have been receiving death threats from the “Aguilas Negras” since Friday last week and were cut off the power grid on Sunday.

We were left without electricity and we could hardly sleep for fear and then Monday morning we woke up with leaflets all over the town.

The far-right group told the locals and their victims representatives specifically to abandon their town or die, first on Friday, then Monday and again on Wednesday.

President Ivan Duque’s human rights chief, Patricia Gutierrez, told W Radio on Wednesday that paramilitary group AGC has been active in the Montes de Maria region and promised to send in security forces, who have been linked to the Aguilas Negras.

“These threats definitely alter the peace and quality of life that have to be combined in joint actions with the Military Forces,” according to Gutierrez.

The Bolivar Police Department said it would send a special forces unit to the village.

The Prosecutor General’s Office promised to investigate the death threats after the ombudsman urged action after five days of doing nothing.

Among the leaders who have been threatened are victim representatives Luis Torres and Yirley Velasco, who has suffered multiple threats since she was raped during the massacre when she was only 14.

Both have been active in trying to rebuild their town, but have possibly received more death threats than responses from the government to help them get over the violence.

We are tired of all this insecurity and the repeated threats from the Aguilas Negras are terrifying. The community is afraid because of the pamphlets, you can feel the fear in the streets and they are empty.

While waiting for the latest government promise to be fulfilled, the leaders’ latest death threats told them that “people believing that a paramilitary group would never come to massacre you all again are wrong.”

“We’re going to end the plague of rats that live in this community,” according to the people identifying themselves as the Aguilas Negras who have expressed their support for Duque.

The fun of terrorism

According to the victims of the massacre, the paramilitaries who terrorized them had a lot of fun cutting them neighbors into pieces and raping their children.

”To them, it was like a big party,” one of a dozen survivors told the New York Times three months after the massacre. ”They drank and danced and cheered as they butchered us like hogs.’

It was perfectly easy to identify who were guerrillas, who were not, only when situations like these arose. But above all, I think it weakened a major evil. I believe that the tortures are horror stories, disinformation on the part of the witnesses in the area. No, to be tortured by the self-defense groups, that is a lie.

Arizmendi has yet to interview Velasco about her horror stories about being raped by four men as a 14-year-old.

Well, during that massacre they raped me. Four guys grabbed me, they beat me and they raped me. They told me to get on my knees and beg for my life, but I wouldn’t kneel. I told them I only knelt for God. They struck my knees, but weren’t able to take me down. The only thing I have left is the dignity of not kneeling for them, that the only way they could make me kneel was when I was already unconscious.

Apparently, “the novel impact of the paramilitary leader’s very presence allowed for public attention and the staging of a speech legitimizing the counter-insurgency war and its practices, as well as making the horrors committed by them invisible,” according to the National Center for Historical Memory.