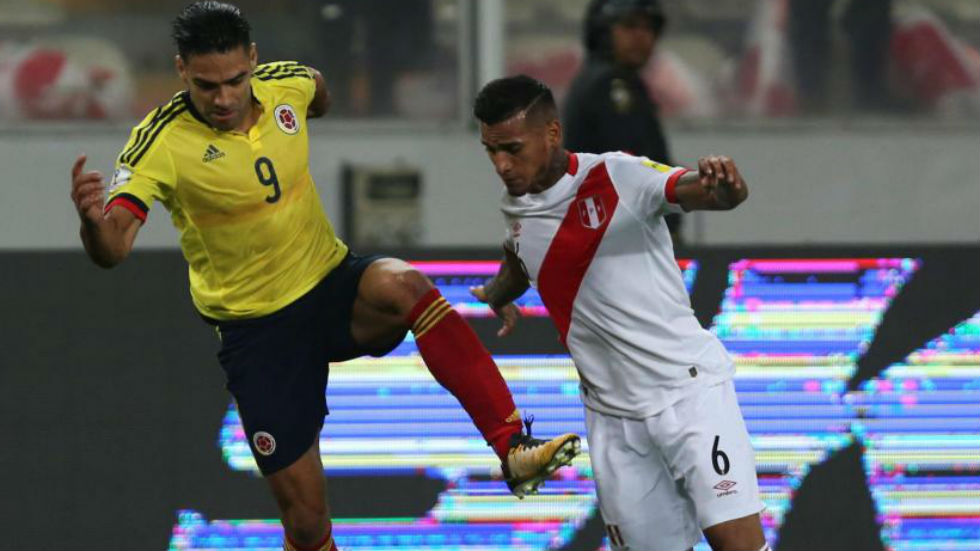 Colombia’s national soccer team on Tuesday qualified for next year’s World Cup in Russia with a hard fought 1-1 draw against Peru in the final round of matches in the CONMEBOL South American campaign.

In a dramatic night of action across the continent, Colombia joined Brazil, Uruguay and Argentina in qualifying directly to world soccer’s most prestigious showpiece.

A second half goal from Bayern Munich’s James Rodriguez was cancelled out by the conversion of a free kick by veteran Peruvian striker Paolo Guerrero, the draw meaning that Peru will now go forward to play New Zealand in an inter-confederation play-off in November.

The opening exchanges at the Estadio Nacional de Lima reflected the magnitude of the occasion with both sides battling frantically to gain a foothold in the game.

Peru eventually managed to secure dominance over possession but a compact Colombian side worked hard to prevent the possession resulting in any clear-cut opportunities.

Meanwhile, Colombia sought to use winger Juan Cuadrado as an outlet on the right as well as the powerful Duvan Zapata up front to pose problems for the Peruvians on the counter attack.

A 12th minute James Rodriguez shot and a 21st minute header from Peru’s Guerrero made up the sum of the significant attempts on goal by both sides in a first half bereft of fluidity and invention.

The second half continued in similar fashion until a long direct ball from Colombian goalkeeper David Opsina was flicked on by Duvan Zapata into the Peru box in the 55th minute.

Radamel Falcao battled eagerly to touch the ball onto the advancing James who slotted past Pedro Gallese in the Peruvian goal to give “La Tricolor” the lead.

Pekerman’s side experienced a period of dominance after the goal with James testing Gallese again in the 61st minute and Cuadrado going close in the 67th minute from a free kick.

Pekerman introduced midfielder Wilmar Barrios in the 71st minute for striker Zapata as Colombia sought to close out the result but this allowed Peru to get back into the game.

While Colombia continued to be compact in defense, the concession of a free kick on the edge of the box in the 75th minute proved to be decisive.

Despite the referee indicating that the free was indirect, a powerful strike from Flamengo’s Guerrero took a touch from Ospina en route to the Colombian net giving the the Peruvians a life line in their quest to secure fifth place in the group.

With news of other results filtering into the stadium, the closing stages played out in tentative fashion with both sides almost assured of their fates.

In a bizarre final two minutes, Peru stroked the ball around the middle of the field unopposed by the Colombians as the two sides apparently settled for the draw.

Colombia coach Pekerman, who shipped a lot of criticism after the team’s failure to secure a World Cup berth last week after squandering a lead against Paraguay will breath a sigh of relief after leading the team to back-to-back World Cups.

Record goalscorer and captain Falcao, who cruelly missed the 2014 World Cup through injury could not hide his emotion post match.

“The truth is that I want to thank God. I missed the World Cup in Brazil. Then I spent two horrible years, but now I can reach Russia,” said “El Tigre” to reporters.

With the play-offs and the final round of games in the African qualifiers scheduled for November, the Monaco star will have to wait until December 1st for the draw for the group stages of the World Cup in Russia 2018.