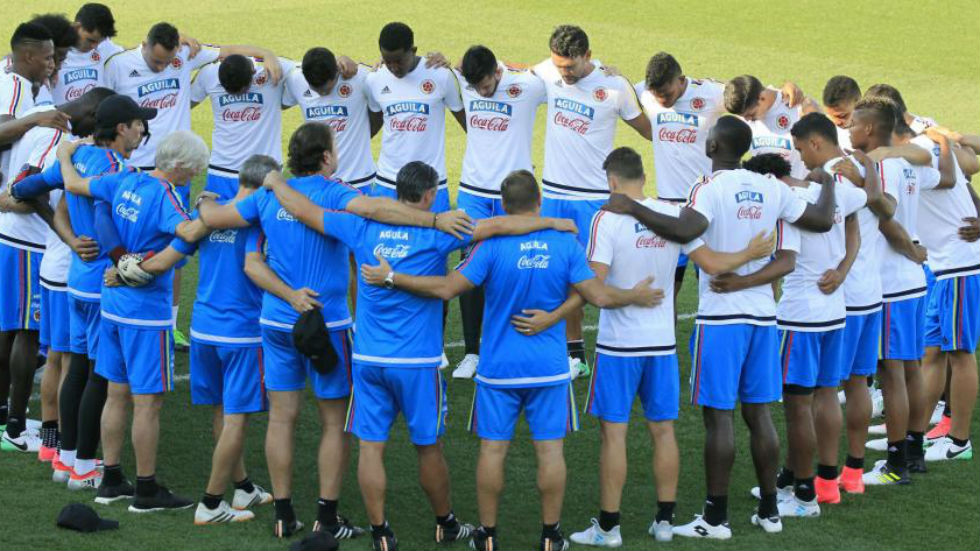 Colombia’s national soccer team faces a showdown with neighbors Peru on Tuesday in Lima to decide its fate in qualifying for next summer’s World Cup in Russia.

“Los Cafeteros” were moments away from securing automatic qualification last week but a spectacular collapse in the final minutes of the qualifier against Paraguay in Barranquilla saw them defeated and threw their World Cup fate up in the air once more.

Colombia know that a win at the Estadio Nacional de Lima will guarantee automatic qualification while a draw would suffice should Argentina fail to win in Ecuador or Chile fall to Brazil in Sao Paulo.

Defeat for Jose Pekerman’s side would require an elaborate set of favorable results elsewhere to keep the dream alive. Chile would have to lose, so too Argentina as well as Paraguay failing to beat Venezuela in Asuncion.

This combination of results would still not be good enough for automatic qualification but would see Colombia face into a play-off in November against New Zealand.

While Colombia can have realistic expectations of winning in Peru, one of the biggest challenges for Pekerman will be lifting his players mentally following the devastating defeat five days ago.

The veteran coach came in for widespread criticism following his side’s failure to close out a 1-0 lead in the final minutes against Paraguay with one Argentine commentator labeling his compatriot and the team the “most fainthearted in Latin America.”

Despite the criticism, Colombia’s players have insisted that the team will suffer no hangover from last Thursday’s game as the qualification campaign continues to serve up drama.

“We have left behind what happened. This is a team that is mentally strong and we are capable of getting out of these situations,” said Falcao to reporters.

“After a game is over, tactical, football and other errors are reviewed, and then on the training days it improves for the next game. The team has already recovered and is ready for Tuesday, added “El Tigre.”

Defensive midfielder Carlos Sanchez reiterated that all is not lost, claiming that the team “had a stumble, not a fall” in its bid to qualify for back-to-back World Cups.

Peru have undergone something of a revival under Argentine coach Ricardo Gareca and enter the game on one less point than their visitors with a win looking like a necessity to secure passage to the World Cup for the first time since 1982.

Colombia’s record goalscorer Falcao believes this may be crucial as it may force them to come out in search of the win leaving spaces for Colombia to exploit on the counter attack.

“They have had good results in the few fixtures, they have found a balance, because the Peruvians are characterized by passing the ball well. They must play and chase the game because they need the victory and maybe the draw won’t be enough for them, this is where Colombia must have patience and look for spaces,” he said.

With the trip to Peru beckoning, Colombia sit in fourth place in the CONMEBOL South American section of qualifying on 26 points, with just two points separating them from Paraguay in seventh ahead of the final round of games.

With Brazil already qualified, three more automatic places remain up for grabs with the fifth place team facing an additional play off against New Zealand to secure a berth at world football’s most prestigious competition.

Colombia have not lost away to Peru since 1981 when they fell to a 2-0 defeat in the qualifying campaign for the World Cup in Spain in 1982.

In what is set to be a dramatic night across the continent, Argentina travel to Ecuador for a must-win game, Uruguay host Bolivia, Brazil are at home to Chile while Paraguay play Venezuela.

Anything less than a win for Colombia will see these fixtures have a major say in the destiny of “La Tricolor” in the quest for Russia 2018.