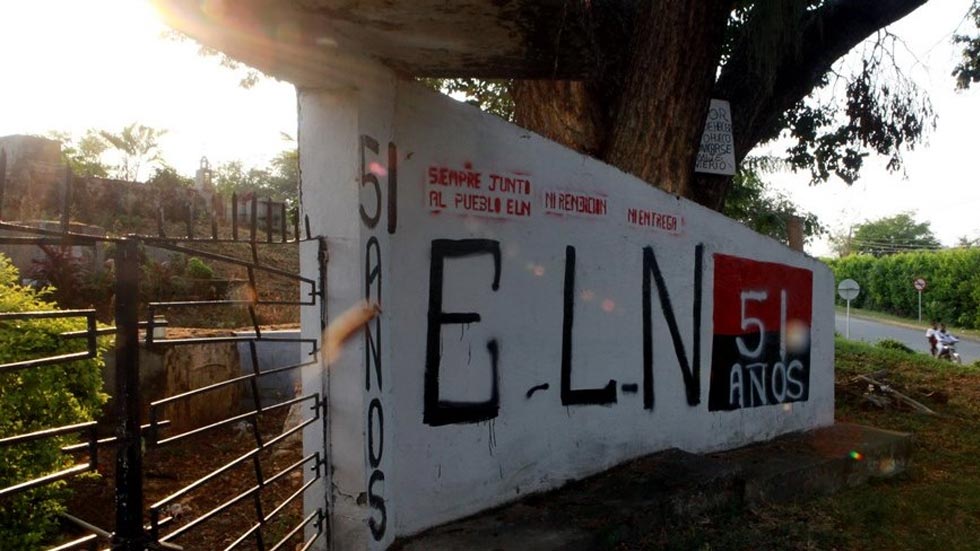 The disappearance of three journalists in the northeastern Catatumbo shows how Colombia’s central government has no control over areas away from the cities and economically important regions.

The mountainous Catatumbo region, like many others, has long been submitted to the authority of illegal armed groups and has become one of Colombia’s primary coca growing regions.

Because the region is home to a variety of illegal armed groups and can barely count on police presence, there exists virtually no legal economy.

Furthermore, its location along the Venezuelan border makes it an important route for drug traffickers and smugglers and a virtually a no-go area for police or any outsider.

Who rules in Catatumbo

Who doesn’t rule in Catatumbo

Local farmers, who count on nothing that resembles an adequate road infrastructure, are forced to grow coca in order to survive.

In spite of Catatumbo being no bigger than 45 by 45 miles, it is home to 30 square miles of coca plantations and no hospital.

Poverty levels exceed 70%, there is no electricity outside the main towns and only a quarter of the population has access to potable water.

While Bogota likes to believe and pretend otherwise, in Catatumbo — like in numerous other regions across the county — the only law that exists is the one imposed by drug trafficking guerrillas and paramilitaries.

The guerrillas are the de facto authority charging taxes, imposing order and settling disputes between locals.

However, their authority has been contested for decades, first by the paramilitary AUC and now by the AUC’s successor, “Los Urabeños” and drug traffickers supported by drug lords from the Eastern Plains and even Cali, a city hundreds of miles away.

“Catatumbo is a region that the state and the country forget exists,” the National Organization of Peasant Reserve Zones (ZRC), said in a statement on Tuesday.

“Neither Samper, nor Gaviria, nor Pastrana, nor Santos and even less Uribe have done anything serious for Catatumbo,” the ZRC said.

The organization tries to defend the rights of small farmers living in so-called peasant reserve zones that resist a decades-long national phenomenon of land concentration through forced displacement and promote artisan, self-sustaining farming.

What is a rural peasant reserve zone?

But with virtually no state presence, the peasants of Catatumbo saw their region destroyed by coca cultivation, illegal mining and large-scale farming.

“One of every five people is a direct victim of the armed conflict. Internet penetration is only 4%. In Catatumbo illiteracy levels reach 30%,” the ZRC said.

“Since the 1980s, we have seen the National Rehabilitation Plan, Plante y Pa’Lante, Plan Colombia and the Consolidation Plan. And did the situation in Catatumbo improve? We are a region where more than 200 thousand farmers had to organize ourselves to cover our own needs in spite of the now-historic state abandonment,” said the ZRC.

In the late 1990s, more than 9,000 people in Catatumbo, almost 5% of the entire population, were slaughtered in a paramilitary offensive that sought to remove guerrillas from the region and assume control over the area’s coca fields.

And the killing, the kidnapping and the extortion continues.

While conservative political forces, supported by large landowners, have frequently accused the locals in Catatumbo of supporting the local guerrilla groups, the reality couldn’t be further from the truth.

A reporter from Caracol TV, who was detained by self-proclaimed ELN guerrillas on Sunday, said the locals are living in terror and are too afraid to talk, fearing reprisals by the illegal armed groups who have taken advantage of the state’s lack of interest in the area.

The kidnapping of Spanish journalist Salud Hernandez again laid bare how the Colombian state has no control over Catatumbo.

But what remains invisible is the general lack of state control over Colombia’s national territory, for examples in other remote areas like Uraba, Bajo Cauca, Putumayo and Nariño.