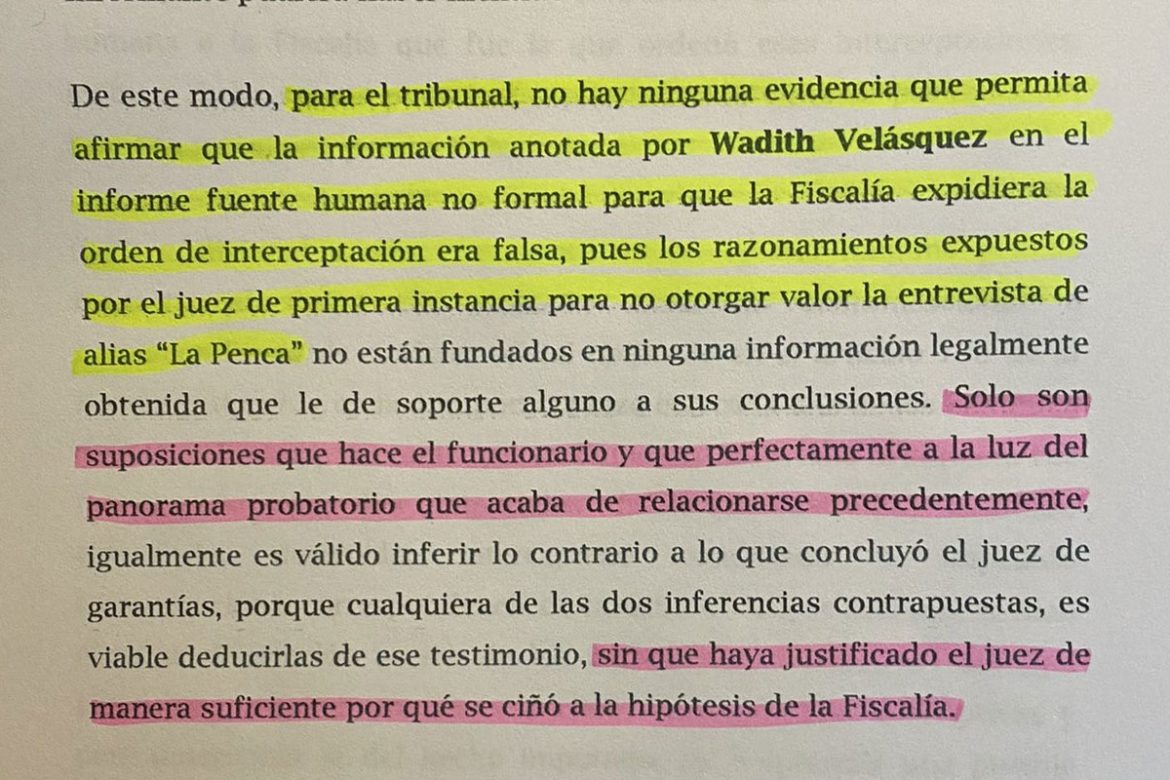 Efforts of Colombia’s prosecution to jail the policemen who discovered that President Ivan Duque’s far-right party conspired with the mafia to rig the 2018 elections suffered a major setback on Wednesday.

The Bogota superior tribunal revoked a lower court’s decision to detain Major Yefferson Tocarruncho and Sergeant Wadith Velasquez, claiming the prosecution had no evidence to sustain claims the investigators were illegally wiretapping colleagues.

Controversial prosecutor Daniel Hernandez, who has allegedly covered up of some of Colombia’s biggest corruption scandals, had requested the cops’ arrest based on nothing but suppositions, according to the court.

According to Hernandez, the policemen who discovered that the Democratic Center (CD) party conspired with the drug trafficking organization of Marquitos Figueroa to rig the 2018 elections, illegally wiretapped colleagues.

The Bogota court slammed the prosecutor for ignoring the testimony of one of Figueroa’s subordinates, “La Penca,” who admitted to deceiving the investigators in May 2018 in an apparent attempt to undermine their investigation.

At the time, the investigators were investigating one of Figueroa’s money launderers, Jose Guillermo Hernandez a.k.a. “El Ñeñe,” as part of a murder investigation.

While being wiretapped, El Ñeñe conspired extensively with the personal assistant of former President Alvaro Uribe and allegedly other party officials to rig the elections in Duque’s favor.

The revelation of this evidence triggered the Supreme Court to open a third criminal investigation into Uribe while the prosecution was supposed the alleged involvement of CD officials.

Prosecutor General Francisco Barbosa, one of Duque’s best friends, ordered to persecute the cops who discovered the president’s narco ties instead of the elections fraud scandal.

Barbosa’s own involvement in the campaign spurred the chief prosecutor to delete his social media accounts in an attempt to desperately save whatever was left of his reputation.

While the cops were being detained, the journalists who discovered additional evidence the president was friends with a mafia figure began receiving death threats.

Everything went well until it didn’t, which anyone with a law degree could have figured.

The cops’ exoneration and Barbosa’s increasingly desperate attempts to protect his allegedly criminals friends are going  wrong to the extent Colombia’s chief prosecutor could end up in prison. He wouldn’t be the first.