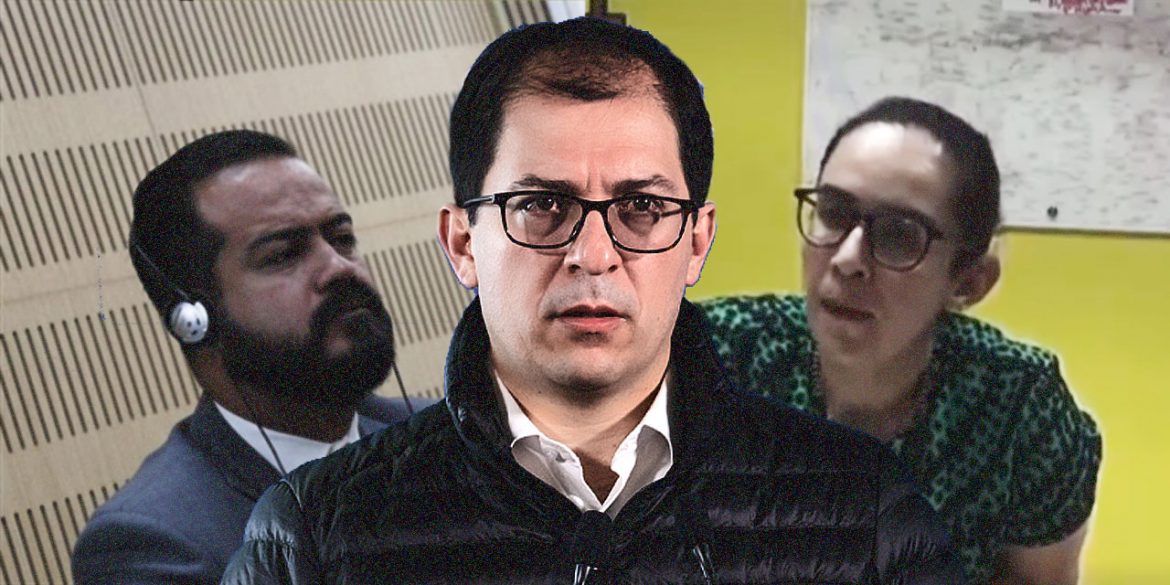 Now the policemen are in jail while the suspects in the 2018 elections fraud plot are free while prosecutors are apparently trying to get rid of the smoking gun that has President Ivan Duque’s bosses in trouble.

When you’re a cop, doing your job can get you in trouble

According to newspaper El Tiempo, one of the prosecution’s star witnesses against Figueroa, “La Penca,” gave the numbers to Ortiz, whose investigation has been extraordinarily ineffective.

I was the one who provided them with the cell phone of  Ñeñe and other members of the organization. Later I learned that they were police. They gave me those phones because they were active members of Marquitos’ organization.

Presumably to their surprise, the policemen found in May 2018 out that “El Ñeñe” was plotting to rig the elections. It wasn’t until March this year that journalists found out that was with the then-personal assistant of former President Alvaro Uribe.

The wiretapping of Hernandez ended in May last year when the money launderer was murdered in Brazil.

The policemen handed the transcripts and tapes to Ortiz, who shelved the evidence, possibly unaware that among the transcripts and recordings was evidence Figueroa’s organization had been conspiring with the far-right Democratic Center party to rig the elections.

Ortiz’s problems are hard to overstate, because not only is she suspected of frustrating the case against Figueroa, she’s now also embroiled in one of the biggest political scandals in Colombia’s recent history.

The prosecutor was taken off the Figueroa case and transferred to the town of Cucuta in August last year after her negligence almost resulted in the narco’s release from jail for the third time.

The Prosecutor General’s Office began investigating her allegedly criminal negligence while a different organized crime prosecutor took over the case against Figueroa.

There is no saying whether Ortiz was corrupted or coerced by the drug lord. What is certain is that four years after Brazil extradited the narco, Figueroa is still not convicted.

What is also certain is that the wiretap requests obtained by La Nueva Prensa contradict Ortiz’s claims that the arrested cops were wiretapping the alleged narcos illegally without her knowledge.

What Daniel Hernandez’s job at the prosecution is exactly is unclear. The prosecutor only hits the headlines when he is doing favors for powerful politicians or businessmen.

This time, the prosecutor ordered the cops’ arrest on illegal wiretapping charges and claimed that the attorney who leaked the evidence to the press, Miguel Angel Del Rio, bribed witnesses.

Ironically, Hernandez is investigated for illegal wiretapping himself as part of a corporate spying scandal and basing his criminal charges on claims made by his allegedly corrupt colleague.

According to the controversial prosecutor, the policemen deceived Ortiz to get the wiretap permits, claiming that the cops are not suspected of being on Figueroa’s payroll, despite the claims made by La Penca.

None of Hernandez’s criminal charges are sustained by evidence, unlike Duque’s long-time friendship with the allegedly corrupt prosecutor’s boss, Prosecutor General Francisco Barbosa.

Duque swore in his friend as chief prosecutor early this year just before the evidence of election fraud was revealed by La Nueva Prensa, whose journalists are now facing death threats.

Barbosa was already accused of trying to withhold key evidence in the case before the arrest of Tocarruncho and Velasquez and has been visibly reluctant to investigate the election fraud.

The chief prosecutor denies his friendship with Duque constitutes a conflict of interest despite the evidence indicating he has been trying to frustrate investigations.

Barbosa has the same problem as Ortiz; if he would be doing his job like the policemen, his concern wouldn’t be jail, but getting killed. Taking on Figueroa and Uribe takes balls and there exists no evidence the chief prosecutor has any.