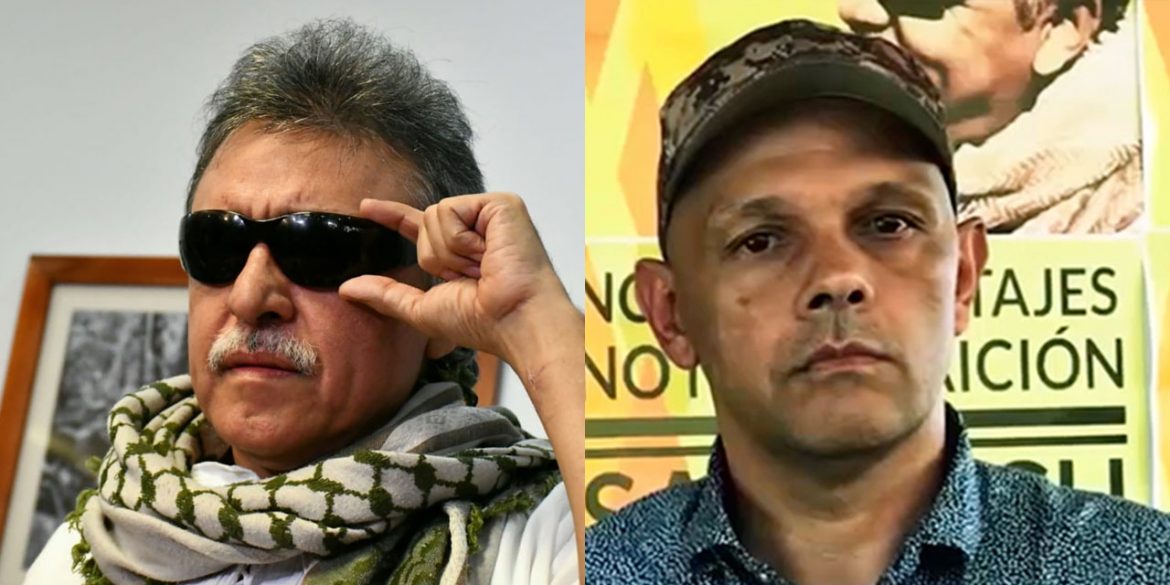 Colombia’s war crimes tribunal expelled two former FARC leaders from the transitional justice system after they announced they would rearm.

The expelled former guerrilla leaders are “Jesus Santrich” and “El Paisa,” who lost all judicial benefits that came with the peace process and will now have to respond to the ordinary justice system for their alleged war crimes.

The Special Jurisdiction for Peace (JEP) stressed that its decision implies that the rearmed guerrilla leaders can be extradited to the United States without any interference from the war crimes tribunal.

The former guerrilla ideologue and the former commander of the elite Teofilo Forero mobile column are the FARC’s first top commanders to be expelled from the peace process.

What about ‘Ivan Marquez’?

The JEP did not announce the expulsion of “Ivan Marquez,” the FARC’s former peace negotiator who announced the “new guerrilla group” last month and called on FARC members to join his group.

The court, however, did make clear that “all those who rearm will be expelled,” which would include Marquez who led the FARC’s negotiation team in peace talks between 2012 and 2016.

The FARC’s former political chief announced his rearmament and that of some 15 of other former FARC commanders in late August, citing the government’s noncompliance to the 2016 peace deal as their reason.

President Ivan Duque celebrated the court’s decision to expel the rearmed FARC commanders he requested immediately after their announced rearmament.

Duque reminded that he had been accusing Santrich of being a “mafioso” for months before the former FARC leader violated the peace deal after having spent more than a year in jail on unsubstantiated US claims the virtually blind former guerrilla ideologue tried to traffic 10 tons of drugs.

The claim and subsequent extradition request plunged the peace process in crisis in April last year and led to investigations into DEA agents and former chief prosecutor Nestor Humberto Martinez.

Also the president has been widely criticized for his administration’s key role in the rearmament of demobilized FARC guerrillas. The government’s refusal to acknowledge key elements of the peace deal, ongoing failures to implement the agreement and the assassination of some 140 demobilized FARC members fueled unrest among the former guerrillas.

Duque’s far-right party, the Democratic Center, has fiercely opposed and even try to sabotage the peace process since before talks began in 2012.

The “new guerrilla group” and its members

Marquez and El Paisa fled from their reintegration site in southern Colombia a year before already, allegedly after they were warned that armed men were approaching.

Santrich disappeared in June, allegedly after he got wind of an impending plot to either assassinate or kidnap him with the intent to extradite him to the United States.

Most of the remaining former FARC commanders of Marquez’ group disappeared around the time President Ivan Duque, who had fiercely opposed the peace process on campaign, was inaugurated.

When the FARC signed peace with former President Juan Manuel Santos in November 2016, five of the FARC’s approximately 60 guerrilla units refused to talks part in the peace process.

Since then, rearming guerrillas former another 20 dissident groups, mainly in the south of the country.

These guerrilla groups have fared particularly well under Duque, according to conflict analyst Paz y Reconciliacion, which registered an expansion of FARC dissident group activity from 58 municipalities in October last year to 85 in August.

Both the government and independent observers have said that the vast majority of the 13,000 FARC members who demobilized in 2017 continue to take part in the peace process.