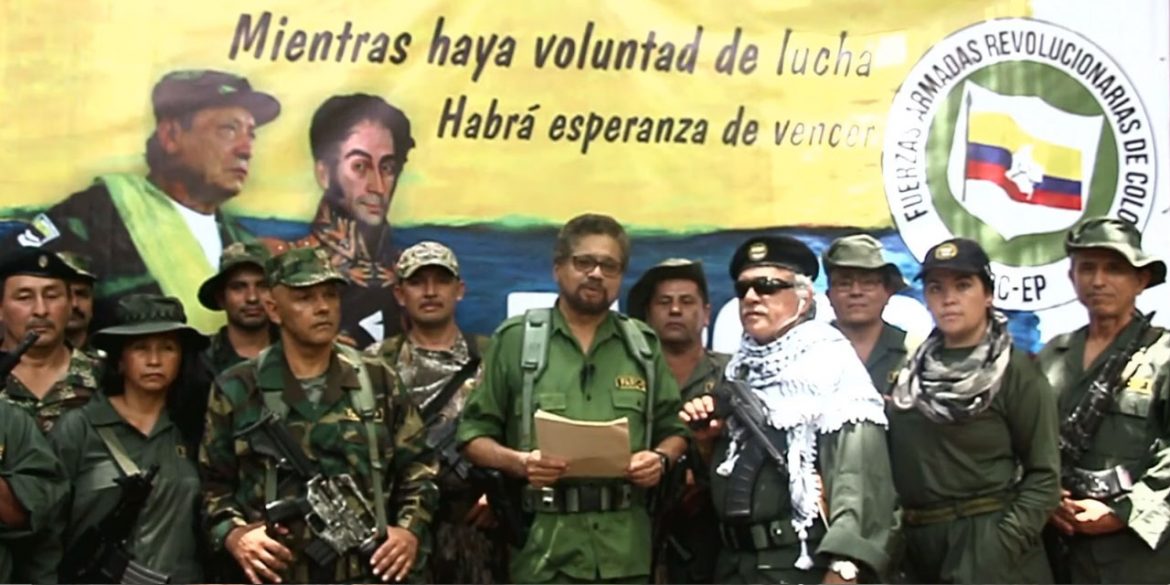 Top FARC leaders “Ivan Marquez” and “Jesus Santrich” appeared in a video on Wednesday in which they, in arms, announced a “new stage of armed struggle.”

In a video published on Youtube, Marquez, the FARC’s political chief, appeared with Santrich, “El Paisa” and some 20 other guerrillas, and read out a lengthy manifesto explaining that “while there is a will to fight there is hope for victory.”

We announce to the world that the second Marquetalia has begun under the protection of international law that assists all the peoples of the world to rise up in arms against oppression.

The announcement is perhaps the biggest blow against Colombia’s peace process that began in December 2016 and implies a rupture within the FARC.

Hours before the appearance of the video, political analyst Ariel Avila told magazine Semana that Marquez had been talking to FARC dissidents who have been opposing the peace process since the beginning.

Marquez said that he would seek to join forces with ELN guerrillas and the dissident groups, many of which operate under the leadership of “Gentil Duarte” and “Ivan Mordizco.”

If it is confirmed that these commanders join this dissidence, we would be confronted with the worst case scenario, which is the creation of a new guerrilla group.

The consequences of this allegedly worst case scenario are uncertain as the vast majority of the 13,000 FARC members who demobilized and disarmed in 2017 have so far complied with the peace deal.

President Ivan Duque, whose far-right party has categorically opposed the peace process, did not immediately respond to the FARC leaders’ announcement to rearm.

The rearmament of Marquez and Santrich further complicates Colombia’s peace process that has progressed but has been marred by delays and irregularities.