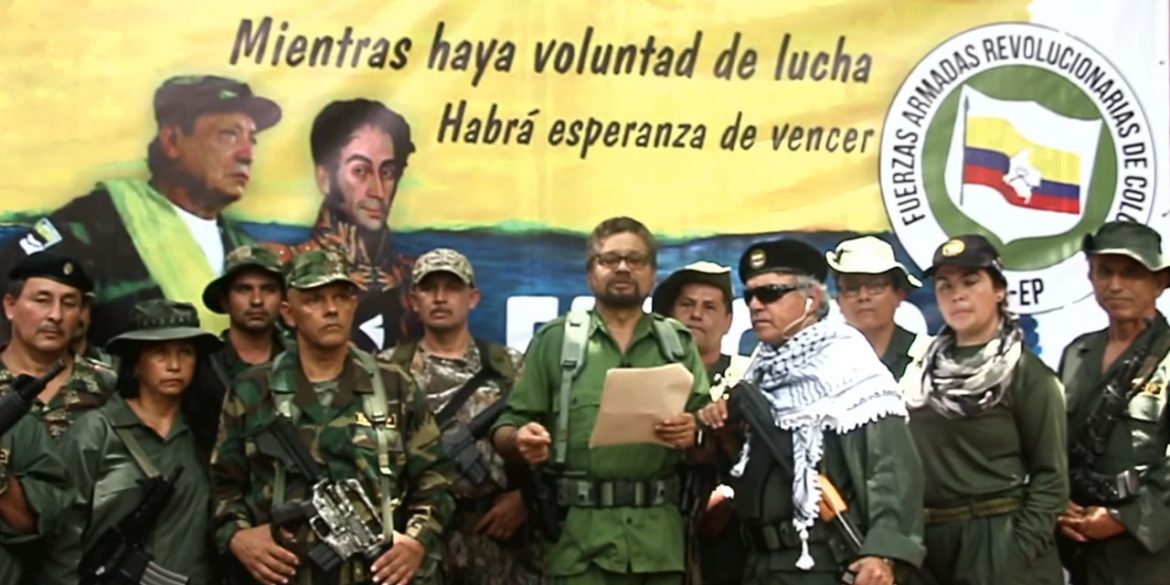 The FARC’s former chief peace negotiator, “Ivan Marquez,” on Thursday announced the formation of a new dissident group together with some key commanders.

Both Marquez and his former number two when he was leading the Caribbean Bloc, “Jesus Santrich,” are well-known, but they have been joined by other mid-level commanders who used to enjoy a lot of respect among FARC members.

Here’s their story and how they abandoned the peace process. 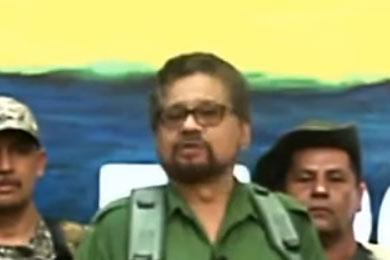 Marquez is the most senior former FARC commander and the presumed leader of the group that called on demobilized guerrillas to join them again.

The former commander of the Caribbean Bloc and political leader of the demobilized FARC disappeared on August 15 last year, allegedly after being warned that masked men were on their way to the reintegration camp where he was staying in Miravalle, Caqueta. 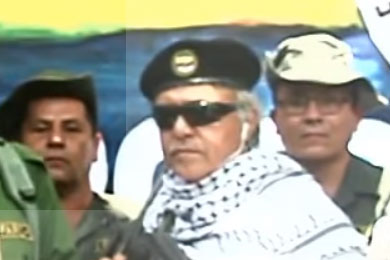 While still in the FARC, Santrich was the number two of the Caribbean Bloc and one of the main ideologues and propagandists of the FARC.

His demobilization became a nightmare after the US government in April last year requested his extradition on unsubstantiated extradition claims. In fact, evidence indicates that the DEA tried to set him up.

The war crimes tribunal rejected the extradition request and ordered investigations into the DEA and Colombia’s Prosecutor General’s Office for alleged misconduct. Attempts by the US Department of Justice to keep him in a Colombian jail failed and Santrich was released in June.

Santrich abandoned his security detail on July 30, allegedly after getting wind of an impending assassination plot. 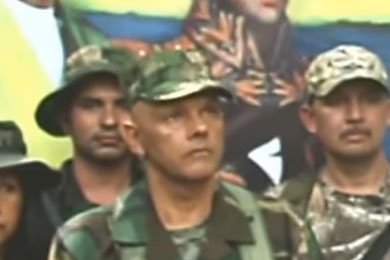 “El Paisa” became one of the most motivated reintegration chiefs of the FARC in Miravalle, Caqueta, after he demobilized as the commander of the feared “Teofilo Forero Mobile Column” that carried out special operations and high-profile assassination attempts in southern Colombia. During the reintegration process, he expressed increasing frustration about the government’s failures to facilitate the former guerrillas’ reintegration.

He disappeared together with with Marquez on August 15, also because allegedly they were warned that masked men were on their way to their reintegration site. He has since reappeared on Ivan Marquez’ Twitter account a few times and allegedly has remained in touch with fellow-former guerrillas in the reintegration site he ran until his disappearance. 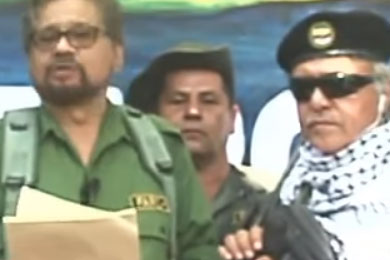 Romaña was one of the commanders of the Eastern Bloc of the FARC when he began taking part in ongoing peace talks with the government in 2014 and before he demobilized in 2017.

Key fronts of the Eastern Bloc refused to take part in the peace process, causing violent tensions between “Romaña” and “El Paisa,” and the dissident commanders “Gentil Duarte” and “Ivan Mordisco.”

After his demobilization, Romaña was sent to the southwestern Nariño province where he became one of the FARC’s most successful reintegration chiefs until FARC dissidents threatened to assassinate him and he was sent to El Diamante in the central Meta province. He renounced his security detail on August 31 last year and disappeared.

By May 27 this year, he apparently had joined Marquez, El Paisa and “Walter Mendoza,” according to a letter the four wrote to former chief prosecutor Nestor Humberto Martinez and former US ambassador Kevin Whitaker. 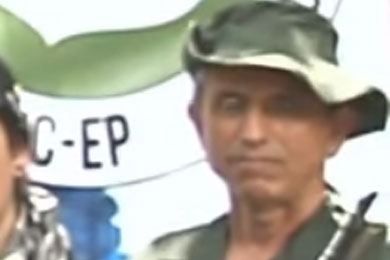 Before his demobilization, Walter Mendoza was a member of the FARC’s political leadership and one of the top commanders of the guerrillas’ now-demobilized Western Front until he demobilized and became the FARC’s reintegration chief in El Elvira, Cauca.

Mendoza was arrested on illegal drug trafficking charges while traveling with his bodyguards through Cauca on August 14, 2018, but released after the judge found irregularities in the arrest.

The former FARC commander stayed in line with the FARC’s leadership until May 23, demanding the release of Santrich who had controversially been arrested for the second time a week before. He failed to appear in court the next day and on the 27th had apparently joined Marquez and El Paisa. 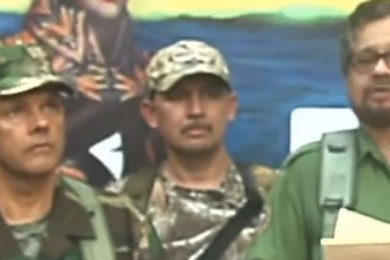 Aldinever is a close friend of El Paisa and Romaña who became one of the commanders of the Eastern Bloc in 2010 after the death of “Mono Jojoy.”

He was the reintegration chief of the FARC in Mesetas, Meta, but reportedly disappeared in the first week of August 2018 and failed to appear at a court hearing on April 1 earlier this year. 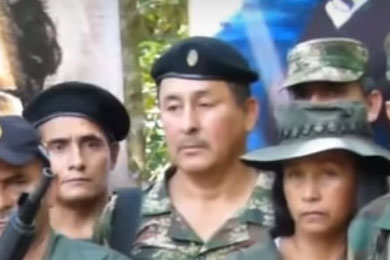 El Loco Ivan spent 30 years in the FARC and made it to one of the Eastern Bloc commanders after the death of Mono Jojoy in 2010. He was also a member of the FARC’s political leadership.

El Loco lead the reintegration site in La Macarena, Meta until he disappeared in July 2018, two months after the arrest of Santrich. He went off the grid entirely until he appeared in the video with Marquez. 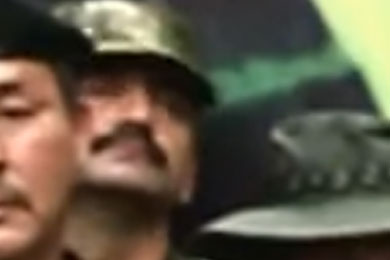 Rumba was one of the members of El Paisa’s Teofilo Forero front and the commander of the FARC’s 17th Front in Huila until he demobilized.

Little is known about this guerrilla leader, except that he is suspected of being behind a car bomb attack in Neiva, the capital of Huila, in 2010 and multiple kidnappings and attacks on the security forces and civilian targets. 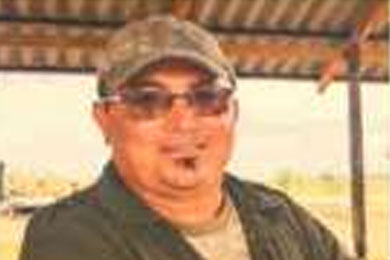 Cordoba is the son of Efrain Guzman, one of the founders of the FARC.

He was the reintegration chief in one of the reintegration sites in Guaviare until he disappeared in late august, a few days before Romaña. He and Alban Ali reportedly fled because he was receiving death threats.

The military claimed in September he had joined FARC dissident group Southwestern Front, but that appeared to be false when he appeared in the video with Marquez. Until March 20, he will still involved in the peace process. 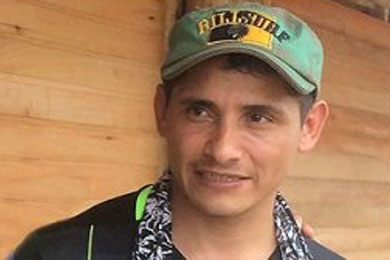 “Enrique Marulanda” is the son of FARC founder “Tirofijo,” who virtually grew up in the guerrilla group his father founded in 1964 who fought in the Eastern Bloc. 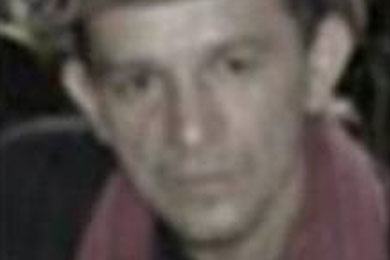 “Nelson Robles” was the former commander of the FARC’s 52nd Front, a member of the political leadership of the former guerrilla group and reported dead by the military in 2012.

Robles was still living at the Antonio Nariño reintegration site in Tolima on May 25, but has apparently joined Marquez since. 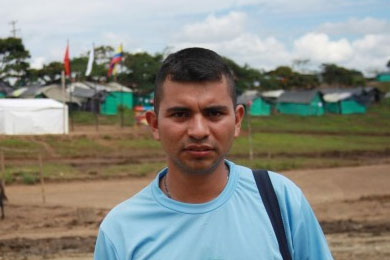 Diego Gutierrez is one of the least known guerrillas recognized in the video in which Marquez announced the FARC dissidents’ rearmament.

It is unknown to which front he belonged.

His name didn’t really appear until September last year when he was designated finance chief of the reintegration site in Mesetasm Meta after the site’s initial bosses disappeared. 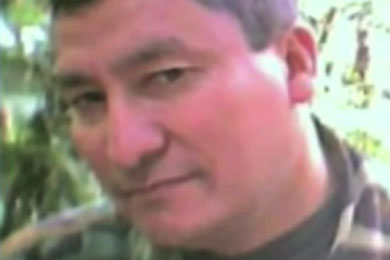 Rafael Gutierrez was a mid-level commander of the FARC’s Eastern Bloc and was reported and subsequently released by Venezuelan security forces in 2013 in an operation in which allegedly three other guerrillas were killed.

It is unclear when Gutierrez disappeared from his reintegration site as he didn’t appear to be playing a major role in the reintegration process. 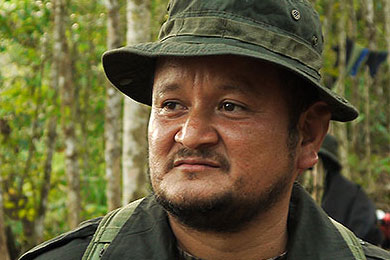 Ariel Rodriguez is the former commander of the FARC’s 5th Front that operated in the northwestern Uraba region.

He took part in the reintegration process in Dabeiba, Antioquia.

It is unclear when he abandoned the process to join Marquez and his dissident group.