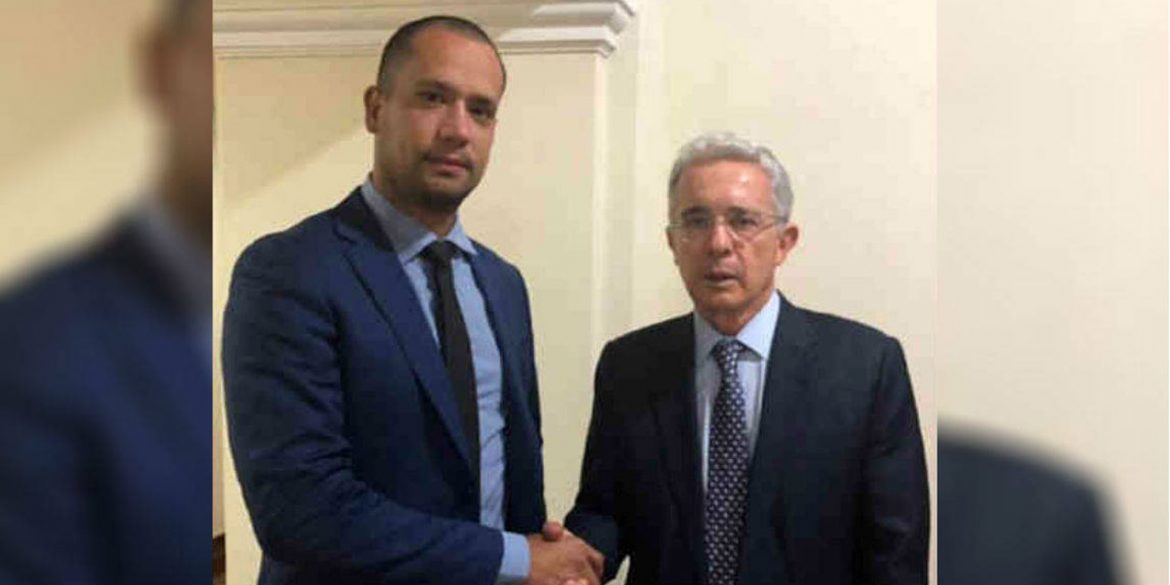 According to newspaper El Tiempo, Cadena was summoned to appear on November 5 in Bogota where the prosecution has been advancing four criminal investigations against the self-proclaimed “gangstattorney.”

Evidence indicates that Cadena played a key role in Uribe’s alleged bribery and fraud practices that are being investigated by the Supreme Court.

Uribe’s fixer last week asked Espitia to be heard about his alleged bribery of one of the witnesses who testified in the Supreme Court investigation of the former president.

Media did not report whether Cadena was expected to appear at the Prosecutor General’s Office in Bogota or be allowed to be interrogated from Miami using a video link.

The prosecution also did not publicly specify whether Cadena will be heard as part of the bribery investigation ordered by the Supreme Court.

The prosecution previously opened investigations about the mafia lawyer’s alleged influence peddling, impersonating an officer and obstruction of justice.

Following the hearing, the prosecution may decide to either drop whatever charge Cadena will be interrogated about or file formal criminal charges that would impede the mafia lawyer from leaving the country.

The worst case scenario for both Uribe and his fixer would be the prosecution ordering Cadena’s arrest at the end of the hearing.

Colombia’s trial of the century: fixer promised Uribe to take the rap

The parallel investigations of the Supreme Court and the prosecution are a major headache for Uribe whose attorneys have gone to great lengths to keep the former president out of court.

However, mounting evidence and claims that the former president’s family was involved in the formation of death squads in the 1990s have made this almost impossible.

In fact, Cadena’s allegedly illegal attempts to manipulate witnesses appear to have only added evidence to the existing fraud and bribery charges.

The criminal investigations follow decades of accusations that Uribe and his family had ties initially to the Medellin Cartel and later to paramilitary groups.

The Supreme Court’s fraud and bribery investigation is one of at least 14 that have been dangling over Uribe’s head like a growing collection of swords of Damocles.