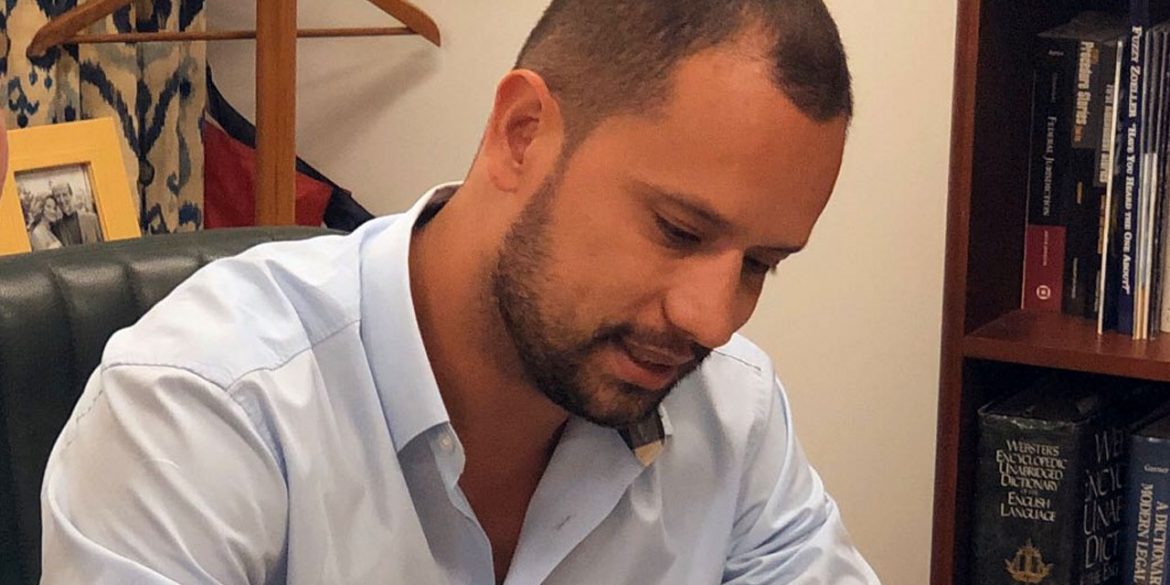 The fixer of Colombia’s former President Alvaro Uribe requested to be interrogated by the prosecution in an apparent attempt to prevent an arrest warrant.

Self-proclaimed “gangstattorney” Diego Cadena requested the interrogation in a 15-page letter in which he said he had evidence that would clear suspicions about his alleged bribery of a witness.

Cadena left for Miami last week after the acting Prosecutor General Fabio Espitia told press that “decisions” in the multiple criminal investigations against the mafia lawyer “will be taken relatively soon.”

Lawyers and their trickery

Cadena wrote to, Espitia that he wants to use one of the witnesses who got Uribe investigated by the Supreme Court on fraud and bribery charges to counter the bribery charges filed against himself.

The court absolved Cepeda of these charges in 2018 and opened an investigation against Uribe on charges the criminal charges were fraudulent based on the testimonies of bribed witnesses.

“Victor,” the very first witness in the Uribe case, flipped and surrendered evidence that Cadena bribed him in 2018.

The mafia layer initially claimed that the payments were “humanitarian” and “subsidies,” but now claims that the paramilitary’s false testimony from 2016 undermines the charge Cadena bribed Victor in 2018.

You don’t have to be smart to become a lawyer

Cadena’s alleged attempted bribery of Victor in May 2018 is on tape, because the mafia lawyer was being wiretapped after Uribe hired him to obtain witnesses for his defense.

Cadena’s initial attempts to obtain judicial benefits for the witnesses apparently failed though.

According to leaked transcripts of wiretaps from June last year, Victor angrily told another alleged plotter, “Diana,”  that he would retract his 2016 claim and that the mafia lawyer had tried to bribe him.

I’m gonna throw this before the court. I’m gonna get these motherfuckers in trouble… Let’s change our version, let them motherfuckers eat shit. Don’t you see they’re about to order the arrest of Uribe? They want me to tell the truth, so the truth is what I will tell and it will damage them and the old man.

You can’t blame a man for trying

Following Victor’s fit, Cadena agreed to pay the former paramilitary, and Uribe’s main lawyer, Jaime Granados announced in October 2018 that he would sustain his 2016 claim.

Notwithstanding, the former paramilitary flipped while under oath, destroyed Uribe’s defense strategy and triggered the court to forward evidence to the prosecution with the order to investigate the former president’s fixer for bribery.

In his defense, Cadena wrote to the acting Prosecutor General that the former paramilitary is an unreliable witness, which would be a compelling argument.

Curiously though, the mafia lawyer also wants to claim Victor’s debunked claims from 2016 to argue that the recent retraction consists of false testimony and that Cadena did not negotiate bribes with the former paramilitary, but was being extorted.