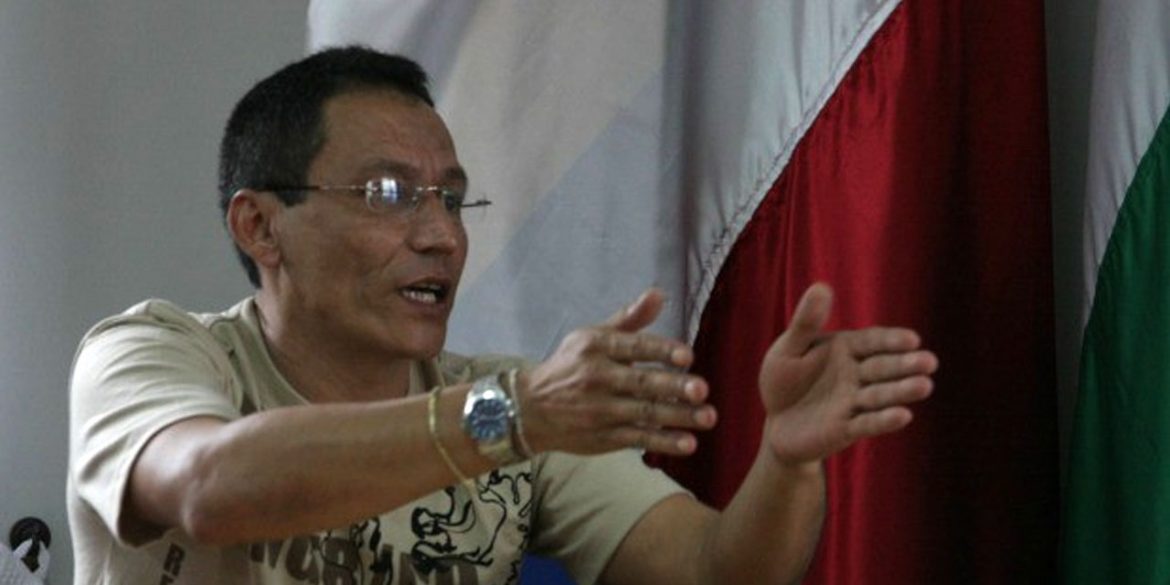 Colombia’s Supreme Court will hear “Victor,” a former policeman and a mid-level paramilitary commander, on the first day of the trial against former President Alvaro Uribe.

Victor is one of the witnesses who was allegedly bribed to discredit claims by the former commander of the Cacique Pipinta paramilitary group, “Alberto Guerrero.”

Guerrero is one of the surviving former members of the Bloque Metro paramilitary group who claims their death squad was founded by the Uribe family and their neighbors in the 1990s.

According to the former president, the former Cacique Pipinta commander is lying.

According to wiretap transcriptions revealed by journalist Daniel Coronell, one of Uribe’s defense attorneys, Diego Cadena, negotiated judicial benefits with the prosecution to secure Victor’s cooperation in defense of Uribe.

Cadena, who will be heard on Friday, “has contacted former members of paramilitary groups in several prisons and outside to produce writings and videos for Senator Alvaro Uribe Velez and his brother Santiago in exchange for legal favors and apparently money,” according to the Supreme Court.

What the attorney didn’t know was that he was being wiretapped while talking to Victor and Cali prosecutor Alvaro Rodriguez on May 13 last year.

I’ve been talking to the prosecutor…to see how they can grant you a judicial benefit.

After talking to Victor, Cadena called the prosecutor in an attempt to negotiate judicial benefits in exchange for the surrender of rifles allegedly hidden by the former paramilitary.

The prosecutor agreed to meet, but apparently wouldn’t grant the judicial benefits Victor had hoped for.

One of Cadena’s colleagues, Juan Jose Salazar, apparently called in the help of another former commander of the Cacique Pipinta Bloc, “Diana,” to try to convince the former paramilitary to cooperate on June 16 last year.

Victor told Diana he wanted money and the situation escalated to the point that at one point the former paramilitary threatened Diana on June 22 that he would tell the court that Uribe’s lawyers were trying to bribe him.

I’m gonna throw this before the court. I’m gonna get these motherfuckers in trouble… Let’s change our version, let them motherfuckers eat shit. Don’t you see they’re about to order the arrest of Uribe? They want me to tell the truth, so the truth is what I will tell and it will damage them and the old man.

Somehow, Cadena and his associates were able to calm Victor down and Uribe’s defense attorney, Jaime Granados, announced on October 17 last year that the former paramilitary would testify in favor of Uribe.

Whether Victor will tell the truth when confronted with the evidence indicating he was bribed to testify in favor of the former president will become clear once he becomes the first to testify under oath in Colombia’s trial of the century.