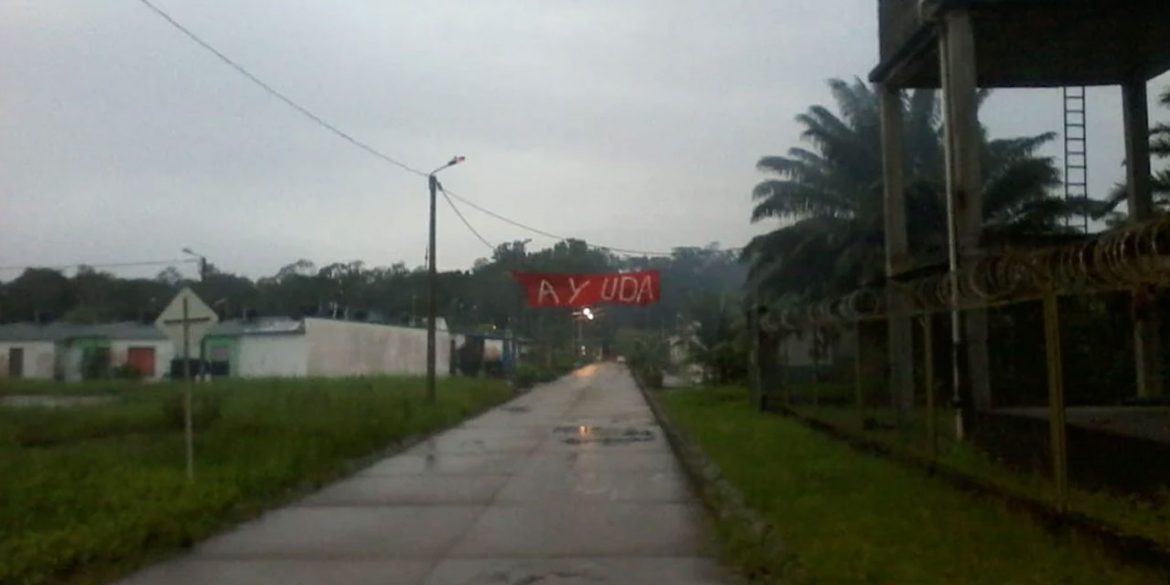 This story is part of a series on the devastating effects of the coronavirus in Colombia’s southeastern Amazonas province. Click here if you want to contribute to relief efforts

The horror caused by the coronavirus in Colombia’s Amazon region where people have no access to basic needs and healthcare shows things cannot go on like this.

Leticia, the capital of the department of Amazonas, is situated right on the border with Peru and Brazil. When the borders were closed in March, the chaos started.

Our great natural highway that is the Amazon River was blocked in order to stop the virus from spreading and access to food and money to buy food (with food prices increasing drastically) quickly started to deteriorate. Perhaps the national government is unaware of the dynamics that exists at the tri-state frontier, especially commercially.

The national government announced it would provide aid, but this has only reached the people sparingly. Meanwhile, the streets have been militarized to ensure the population respects the quarantine measures.

While the promised aid was lacking, the first cases of corona started to appear in Leticia, causing the population to panic even more. 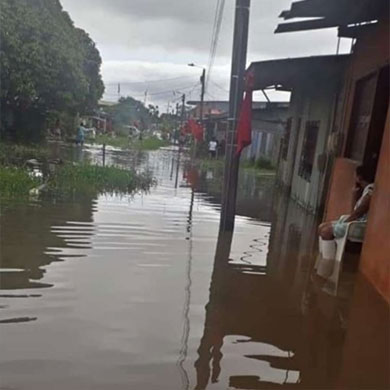 The local government, unable to provide enough food for the entire population, established strategies to identify the most vulnerable –- families get to hang a red cloth outside of their house indicating they should be prioritized in the food distribution efforts.

Unfortunately, as the level of contagion increased, the number of people willing and able to help with these food distribution efforts started to decrease due to a lack of access to biosecure clothing and a fear of being infected without a healthcare system available to provide proper treatment.

Where the national and local governments´ response to all this was inept to say the least, the solidarity of the Colombian people and the international community started to kick in.

Campaigns by individuals to gather money to alleviate the dire situation were initiated, and together with a group of some 25 informal tourism workers we started our own food delivery initiatives, seeking to share the aid as equally as possible. Unfortunately, these efforts are financially limited and we have so far not managed to help all the people who need help, causing friction and discontent within the communities.

During the two months that we carried out our food distribution activities, we have witnessed the horrors of the pandemic and the lock down first hand. We have talked to people who lost a family member to the virus, we have witnessed the impossibility of following the restrictions due to overcrowding in houses of 6 square meters, we have seen people desperate for food, sitting on the doorsteps of their flooded houses until some form of relief arrives.

We indigenous peoples of the Amazon understand the need for far reaching protective measures against a virus like no other: our people have been decimated many times before by viruses from overseas. However, a mandatory confinement imposed by the government must be accompanied by aid in terms of basic supplies. If not, the pandemic itself will not kill us – hunger will.

This story is part of a series on the devastating effects of the coronavirus in Colombia’s southeastern Amazonas province. Click here if you want to contribute to relief efforts