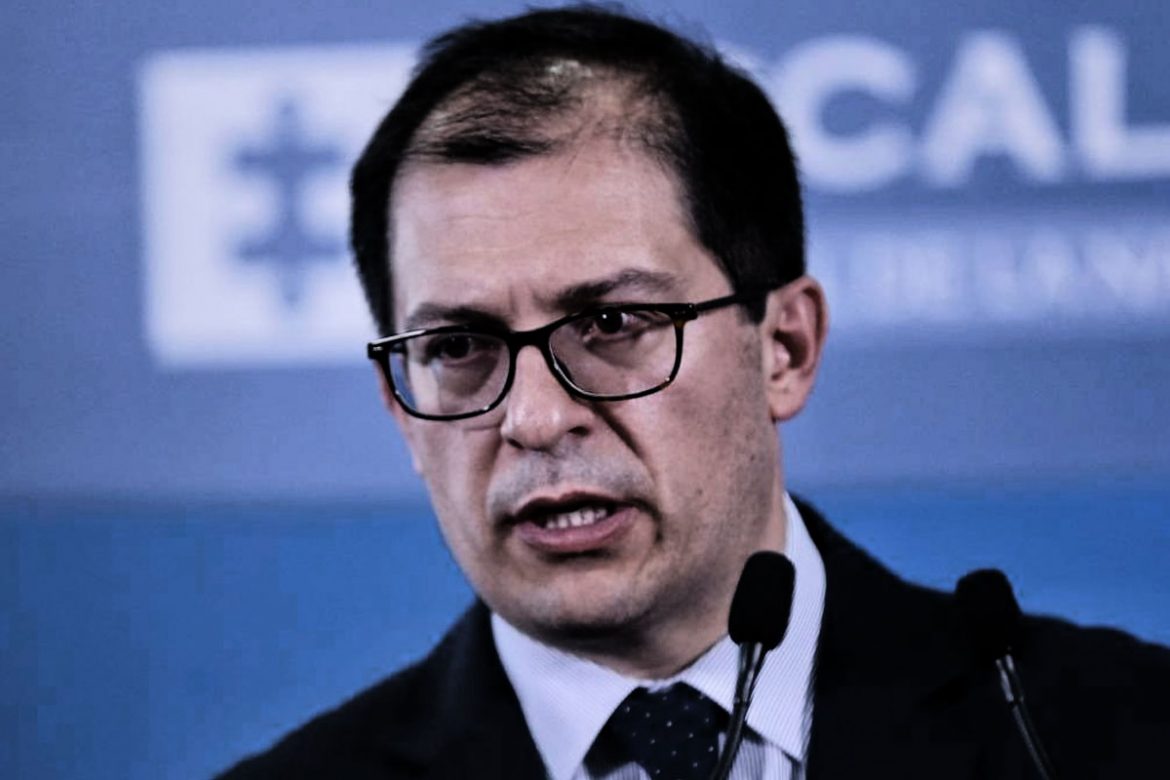 Colombia’s chief prosecutor is the main man of President Ivan Duque to protect his alleged drug trafficking associates, which seems to be working well.

None of the investigations against Duque’s alleged mafia associates have gone anywhere after Prosecutor General Barbosa appointed some of Colombia’s most questionable prosecution on the cases.

One of the prosecution’s most infamous prosecutors, Daniel Hernandez, is in charge of the investigations against former ambassador Fernando Sanclemente, drug lord Marquitos Figueroa and the president’s far-right Democratic Center party, which conspired with Marquitos’ drug trafficking organization to rig the 2018 elections.

The investigation against the president’s political patron, former President Alvaro Uribe is being taken care of by Hernandez and another allegedly corrupt prosecutor, Gabriel Jaimes.

The investigation into the presumed death of Duque’s former pilot and alleged Sinaloa Cartel drug trafficker Samuel Niño is in the hands of Guatemalan authorities, who have received no cooperation from Bogota.

There are no indications anyone is investigating the alleged involvement of civilian aviation agency Aerocivil in Niño’s alleged drug trafficking activities.

In fact, there are no indications any of the investigations are going anywhere despite overwhelming evidence indicating Colombia’s president is surrounded by drug traffickers.

Duque’s former ambassador to Uruguay, Fernando Sanclemente, found himself in trouble again after US authorities were able to track cocaine that was intercepted in New York to the ambassador’s family estate in December 2019.

The initial prosecutor was making quite a lot of progress until Barbosa interfered in April last year. The caretakers of the estate agreed to a plea bargain, which was revoked by Hernandez, who has a history of bungling investigations into allegedly criminal government officials.

The prosecutor didn’t summon the former ambassador to give testimony until December after one of the caretakers accused Sanclemente of destroying evidence.

Weekly Semana, which is run by a member of the Gnecco crime family, reported last month that Hernandez wouldn’t make any new agreements with the caretakers without the blessing of Barbosa.

Last week, the controversial magazine said the prosecution contradicts the caretakers’ claims and is convinced that the former ambassador is innocent, despite being implicated in another drug trafficking scandal.

The late money launderer of alleged drug lord Marquitos Figueroa, Jose Guillermo Hernandez, is an acquaintance of Duque and his political patron, and conspired with Uribe’s former personal assistant to rig the 2018 elections, wiretaps revealed in March last year.

Barbosa, who allegedly tried to withhold evidence, also put Hernandez on this investigation while the Supreme Court investigated the former president.

A judge ordered the release of the cops earlier this month after which the prosecution announced it had heard the testimonies of Duque’s far-right party in June last year and, under pressure from the Supreme Court, continues its investigations.

The boss of the president’s narco sponsor

Figueroa is the alleged leader of a drug trafficking organization that is active in the north of Colombia, but has evaded sentencing since his arrest in Brazil in 2013.

Figueroa wasn’t called to trial before a Barranquilla court until September last year after which Hernandez began investigating the policemen who had discovered the election fraud conspiracy.

This investigation was the result of a conspiracy by the alleged drug lord who used an informant to deceive the cops into wiretapping the phones of other policemen.

Semana, whose editor-in-chief’s in-laws have long ties with the alleged drug lord, was granted an exclusive interview in which the magazine allowed Figueroa to claim innocence and deny ties to the 2018 election fraud conspiracy.

The trial has yet to produce any results.

Uribe got in trouble with the Supreme Court in February 2018 after it found evidence that Duque’s political patron had been bribing witnesses to discredit claims the former president founded a paramilitary death squad in the 1990’s.

After the Supreme Court ordered Uribe’s detention, the former president resigned from the Senate and the case was forwarded to the prosecution where Barbosa appointed Jaimes, a far-right political ally.

Jaimes tried almost everything to obstruct his own investigation and on multiple occasions was ordered by a judge to do his job.

The prosecutor said he would make a decision on whether to file criminal charges against Uribe on March 6 after embarrassing the country for his blatant attempts to corrupt justice.