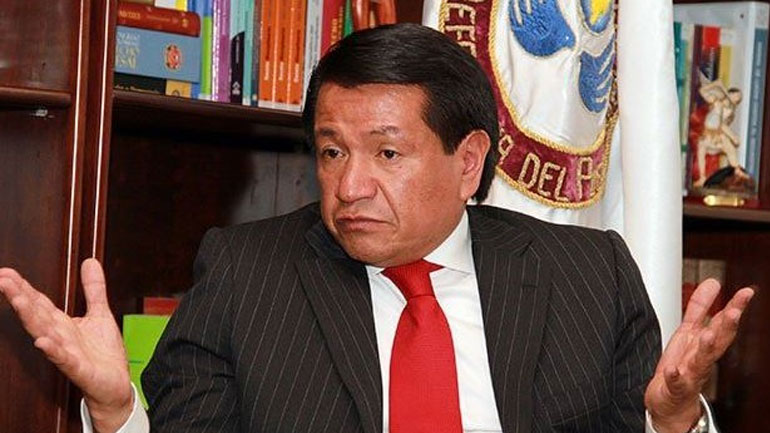 Colombia’s ombudsman resigns as evidence of sexual harassment piles up

Colombia’s ombudsmen threw the towel in the ring late Wednesday amid piling evidence he allegedly sexually harassed his secretary and bullied subordinates.

In a press conference organized in Bogota, Ombudsman Jorge Armando Otalora announced he had handed in his letter of resignation to the House of Representatives, which will move to elect a successor.

While Congress elects a replacement for Otalora, the Ombudsman’s Office will be run by the vice-Ombudsman.

However, in one of his last actions as sitting ombudsman, Otalora fired vice-Ombudsman Esiquio Manuel Sanchez on Tuesday.

Otalora had resisted his resignation for days after his former secretary went public, showing inappropriate messages and graphic images of private parts she had been sent by her boss.

The revelations came as the ombudsman, one of Colombia’s highest human rights officials, was fiercely criticized over unrelated accusations of workplace harassment.

The flow of accusations of misconduct and increasing public and political pressure isolated Otalora, and even spurred the resignation of a top official who claimed that the Ombudsman’s position had become untenable

“With [Otalora’s] decision to not resign from his post, the work of the Ombudsman’s Office’s is compromised, especially its legitimacy in assuming the defense of women’s rights,” said the ombudsman’s Constitutional Affairs chief in his resignation letter that was leaked to the media.

Public indignation, Otalora’s own Liberal Party‘s retracting of support and the apparent pressure within the office forced the Ombudsman to reconsider and ultimately announce his resignation.

The Ombudsman is the second top official to be accused of sexual misconduct within months.

National Police chief Rodolfo Palomino is subject of an investigation in regards to his alleged sexual harassment of a subordinate.