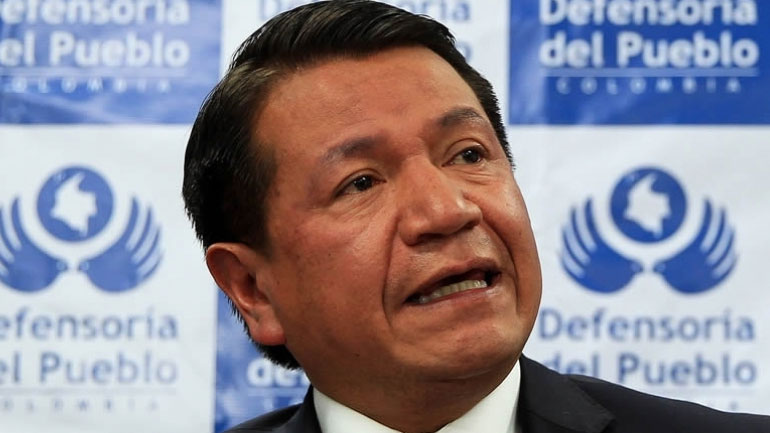 Instead of resigning, Colombia’s ombudsman fired his assistant ombudsman on Tuesday amid piling accusations that the ombudsman sexually harassed and bullied subordinates.

Media had been speculating Otalora was set to announce his own resignation, but were surprised when the Ombudsman’s Office announced the resignation of the number two of the institution.

The vice-ombudsman is the second to leave the institution since Otalora’s alleged sexual harassment practices and a photo of what would be his penis came to the public light.

On Monday, the ombudsman’s Constitutional Affairs chief resigned, claiming that “with [Otalora’s] decision to not resign from his post, the Ombudsman’s Office’s labor is compromised, especially its legitimacy in assuming the defense of women’s rights.

While Otalora insists on staying in office, one of Colombia’s most important institutions for the defense of human rights is getting emptier by the day.

The Ombudsman already lost his secretary, a former beauty queen.

The ombudsman has defended his behavior, claiming he had fallen in love with his secretary and that these romantic sentiments had been mutual.

His former secretary vehemently denied this and called her former boss “a sick person” in the media.

The ombudsman had already received fierce criticism over alleged workplace harassment and bullying.