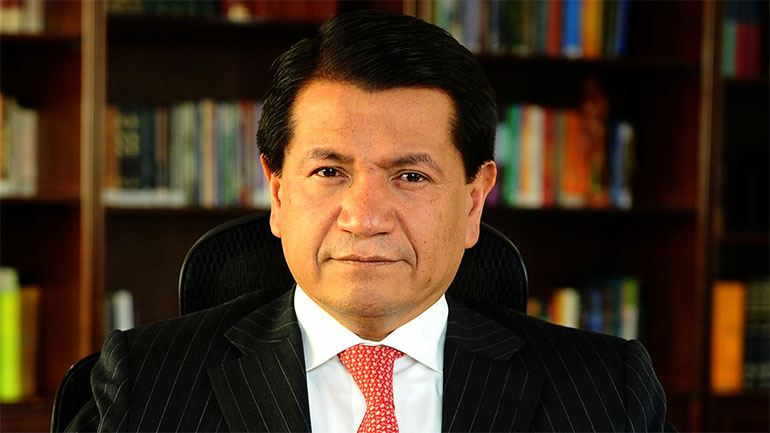 Ombudsman Jorge Armando Otalora, one of the country’s highest human rights officials, entered the eye on the storm on Sunday when weekly Semana showed evidence of sexual harassment of his former secretary and at least one other co-worker.

The weekly published a photo of what could be Otalora’s penis that had been sent to his secretary and a Whatsapp conversation in which the ombudsman told a subordinate “I would love to bang your friend.”

Otalora told press that the intimate photos and text messages sent to his private secretary were consensual.

According to the Ombudsman, he was going out with his former secretary at the time.

In regards to the message send to the second co-worker, the ombudsman said that conservation was with “an old friend.”

Otalora avoided answering questions about whether he would resign over the scandal, telling newspaper El Tiempo that “the case I am asked about is entirely personal. The results obtained at the Ombudsman’s Office show the progress made in the defense of human rights.”

For women’s rights organizations, Otalora’s alleged disregard of the fundamental rights of his female subordinates should result in the top official’s resignation.

“We ask the Republic’s President’s Office, the High Commissioner for Women of the President’s Office, the Commission for Women of Congress, the political parties, the Inspector General’s Office and government entities to speak out against this ethical outrage and demand the resignation of the ombudsman,” the organization said in a press statement.

Opposition Senator Angela Robledo (Green Alliance) said that “those defending the rights of women can not be an abuser.”

“What indignation if this is how women’s rights are defended,” said Senator Viviane Morales, who asked her coalition Liberal Party to retract its support for Otalora, a member of the same party.