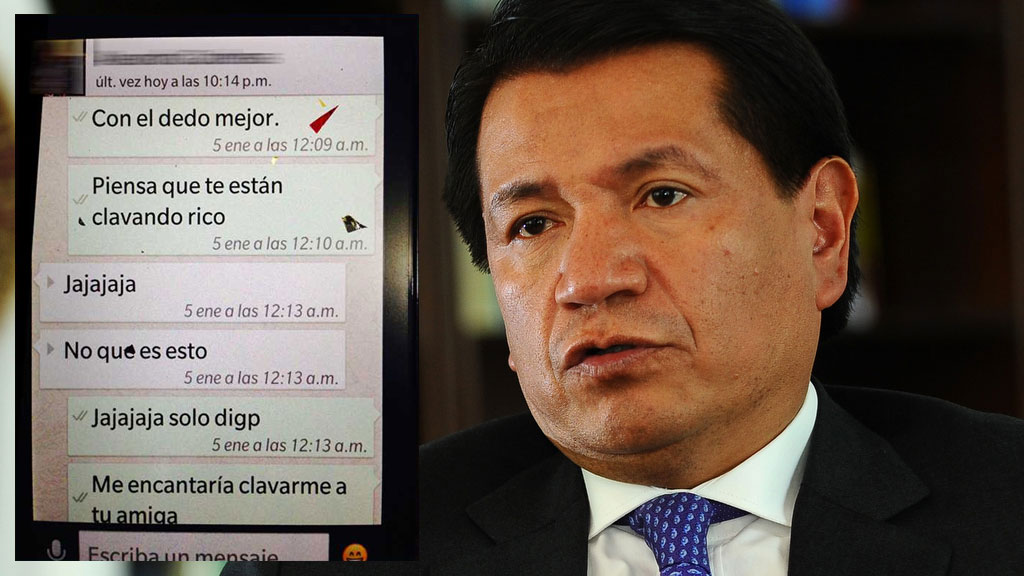 Colombia’s ombudsman, who has already been facing accusations of workplace harassment, on Sunday was accused of the sexual harassment of multiple employees.

According to Semana, Ombudsman Jorge Armando Otalora sexually harassed at least two of his co-workers.

The weekly published the photos sent by the ombudsman to his personal secretary who recently resigned over the harassment.

“Some officials and former officials of the Ombudsman’s Office told me — some while in tears — about the harassment to which they were submitted by Mr. Otalora,” Semana columnist Daniel Coronell wrote last year when the first complaints about Otalora’s allegedly abusive behavior became public.

Coronell is also the journalist who published about the sexual harassment allegation made by his former secretary.

But Cristancho is not the only victim, according to Coronell.

“I have evidence that Mr. Otalora has harassed and used suggestive, vulgar and sexually explicit language with other subordinates,” the columnist said in his latest publication.

One of the pieces of evidence is a screenshot of a Whatsapp conversation in which Otalora allegedly wrote about penetrating an alleged subordinate’s friend, Semana published on its website.

According to Semana, the Ombudsman did not answer his phone when called for a response.

Other authorities have yet to respond to the previously made accusations of workplace harassment.