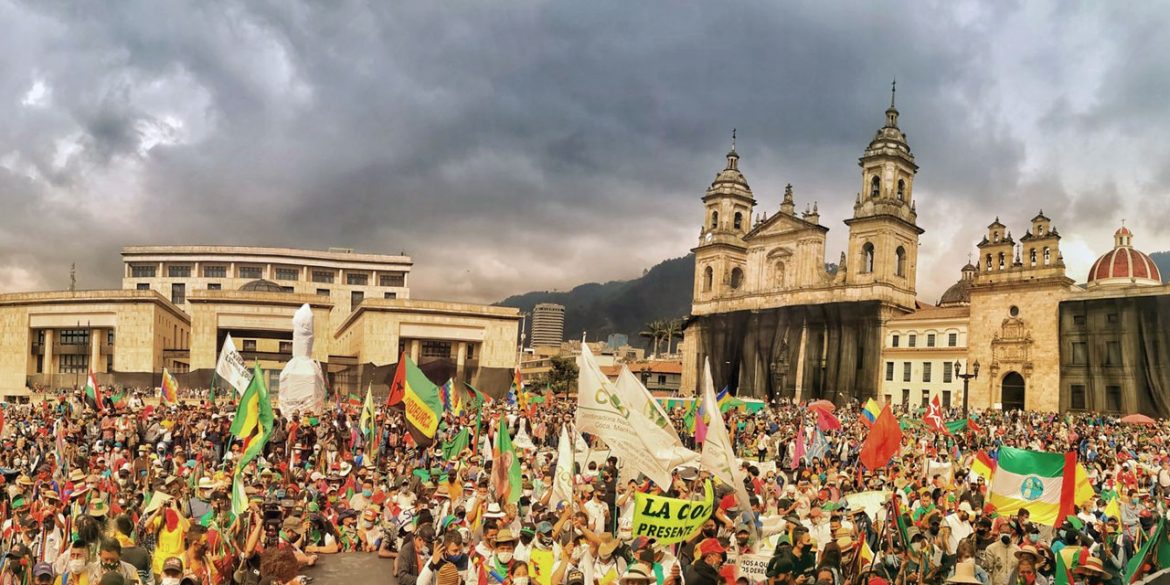 Thousands of indigenous protesters on Monday received a warm welcome from residents of Colombia’s capital Bogota with the exception of President Ivan Duque.

The far-right president has been trying to avoid the indigenous like the plague as their demands to be surrendered land they were granted decades ago and the implementation of a 2016 peace deal are fiercely opposed by Duque’s party.

Furthermore the lands the native Colombians claim is currently occupied by media mogul Carlos Ardila, whose television networks and radio stations have been among Duque’s most important propaganda outlets.

Like the indigenous, Bogota’s residents strongly disapprove of Duque, especially after police massacred 13 people in an attempt to quell protests.

As the indigenous caravan entered the city, people were standing on the side of the road to welcome the native Colombians and Afrocolombians who are largely from the violence-ridden Cauca province in the southwest of the country.

While government officials were trying to convince the public the caravan was infiltrated by “terrorists,” the joyful entrance of the “Minga” made that claim even more ridiculous than it originally sounded.

After being welcomed by Bogota Mayor Claudia Lopez and setting up camp, the protesters took to the central Bolivar Square in an attempt to force the president into the talks he has been trying to avoid since early 2019.

Duque is cornered though, especially after the Bogota Massacre, the president can count on little support in the capital where students, labor unions and dozens of other organizations plan on joining the indigenous for a national strike on Monday.

The growing discontent over Duque’s increasingly authoritarian misrule has put the government in the corner as the demands to serve the public are diametrically opposed to the criminal interests the president is expected to serve by some of his backers.