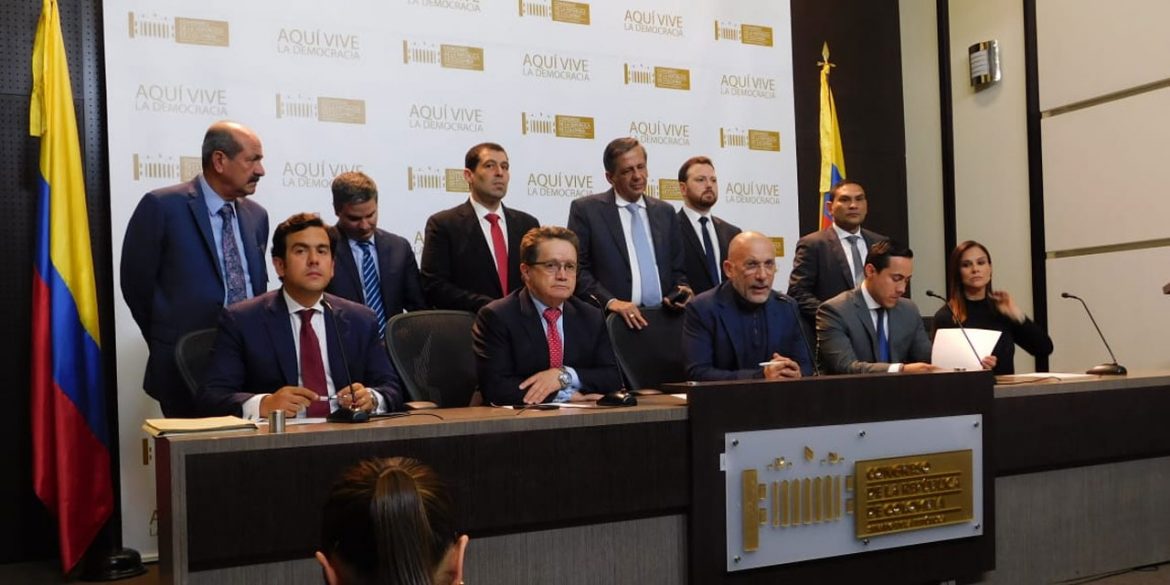 Colombia’s center-right parties said Wednesday that they supported next week anti-government protests and urged President Ivan Duque to distance himself from “radical voices.”

In an extraordinary press conference, leaders of the Liberal Party, Radical Change and the U Party said they supported the national strike initially organized by the trade unions.

Furthermore, the party spokespersons urged Duque “not to entrench himself with a closed circle of radical voices.”

Instead, the lawmakers urged the president to open dialogues with the unionists, students and indigenous leading the protests and prepare far-reaching policy changes.

The national strike was already supported by the leftist opposition and dozens of social organizations.

The president can only count on the support of a minority coalition of conservative and far-right parties that received a beating in local elections last month.

Duque has consistently refused to talk to the individual organizations leading the protests, which has led to an accumulation of demands, including calls for his resignation.

Protest leaders have reiterated they seek peaceful marches, but the government has claimed the protesters seek violent uprisings like in Ecuador and Chile.

Additionally, the government has claimed that the organizations’ reasons to protest are based on lies.

With even artists and football fan clubs calling to join the national strike, the president appears to have put himself in a corner that has even become a problem for the security forces.

Duque, in the meantime, seems caught in the web of lies and conspiracy theories spun by his far-right allies.

Despite his persistent refusal to talk to students and indigenous organizations, the president told Bogota businessmen on Wednesday that “we are always ready for dialogue,” but “we cannot allow these legitimate expressions to translate into calls for violence or anarchy.”