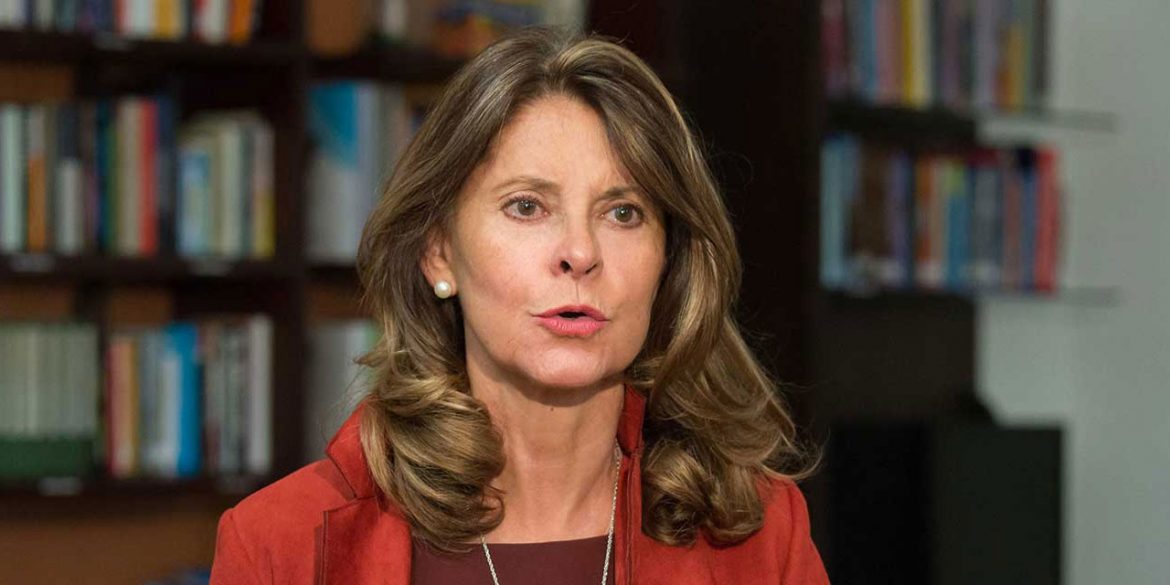 Colombia’s vice-president falsely claimed that “many are calling for violence” on Sunday in response to calls for peaceful protests against the government on November 21.

In a tweet, Vice-President Marta Lucia Ramirez said that “many are calling for violence, to destroy our country. They don’t love Colombia.”

On Saturday, when President Ivan Duque addressed the upcoming strike, he claimed “some” were allegedly calling for violence.

The only video in which a masked man called for violent protest using military jargon was published by former President Alvaro Uribe, the political patron of Duque and Martinez.

This video was almost immediately ridiculed in a second video of a masked man who threatened to “attack all uribistas with history books.”

Before joyfully inviting Colombians to join the November 21 protests, the man said that his video proved that “any idiot” could upload videos to instill fear.

The anti-government marches organized by student organizations, indigenous groups and dozens of social organizations are in opposition to violence they have been subjected to.

The students decided to join the labor union’s national strike after multiple attempts to protest peacefully against corruption were violently repressed by police.

The indigenous and the social organizations joined the protest in rejection of the violence that has disrupted the student protests and killed hundreds of social leaders since the beginning of a peace process in 2016.

While Martinez and Uribe have falsely claimed that protesters would have violent intentions, pamphlets promoting the use of armed violence against “the left” have been spread via social media.

Death threats like this are common and are one of the reasons why the native Colombians joined the protests.

According to think tank Indepaz, one native Colombian is murdered every three days and more than 700 social leaders have been assassinated since 2016, the year the government closed a peace deal with the FARC guerrilla group. 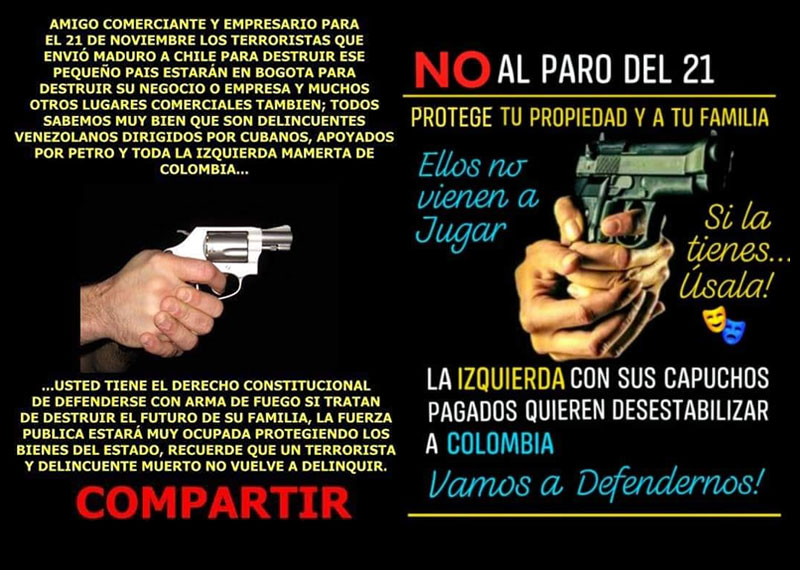 Pamphlets calling for armed violence against “the left” have been circulating on social media.

Defendamos la Paz, the organization that  has actively tried to defend the peace process, has not endorsed  next Thursday week’s march, but has organized several events before and after the anti-government march.

On Friday, the organization will hold manifestations at the United Nations office in New York and at the UN’s Human Rights Council’s office in Geneva.

In the week after the national strike, Defendamos la Paz will hold several events throughout Colombia to celebrate the third anniversary of the peace deal that is fiercely opposed by Uribe and his far-right Democratic Center Party.