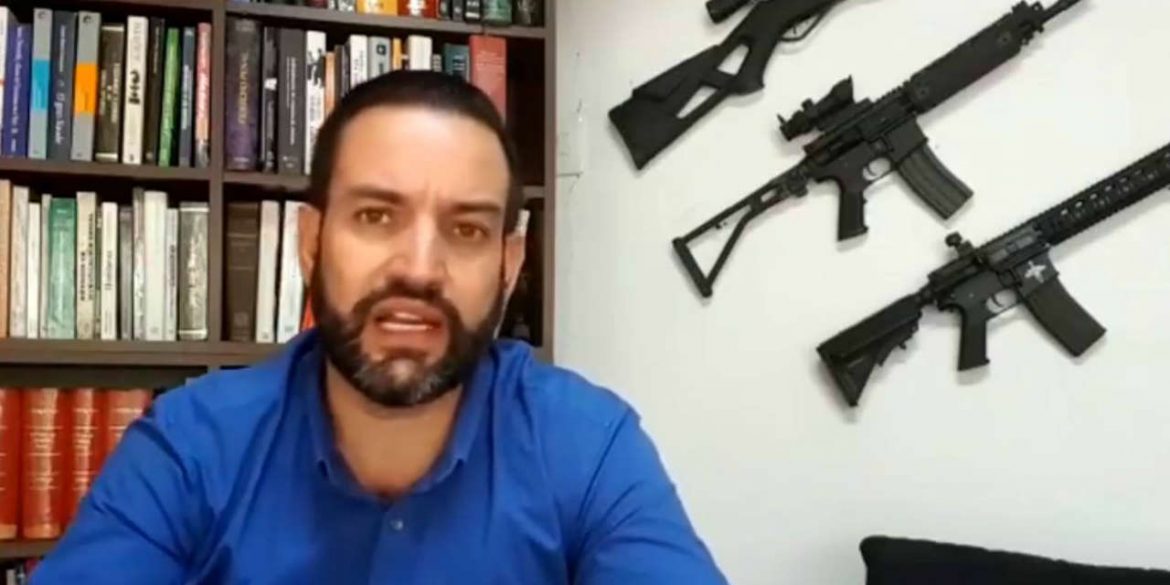 Far-right activists from Medellin confirmed on Wednesday that they are forming “anti-riot squads” ahead of anti-government protests set for Thursday next week.

In a video, far-right activist Jaime Restrepo confirmed the creation of Anti-Riot Civil Resistance (RCA) squads “to peacefully accompany the security forces” during the marches.

In a pamphlet, the group said “we will be strategically placed as a containment barrier in order to avoid any massive attack on our Medellin Metro, tramway or other targets that are attacked by vandals.”

According to a Whatsapp message revealed by Colombia Reports on Monday, the fight squads sought to arm themselves with wooden truncheons and had no peaceful purpose as claimed by Restrepo.

According to Camacho, the security forces “are the only ones who can act to ensure security that day,” the police commander was quoted as saying by newspaper El Tiempo.

No citizen group may take justice into their own hands because it can make the situation worse.

The Medellin police commander told El Tiempo that the police would have some 7,000 men and women to maintain order and prevent violent excesses during the protest.

Camacho asked those participating in the anti-government protests to be vigilant about people who may want to infiltrate the protests and cause violence.

Protesters not impressed by far-right

Medellin residents who plan to take part in the protests seemed hardly impressed by the video of the former fixer of former President Alvaro Uribe and his friends.

“Things must be bad if even the ‘uribistas’ in my family are going to take the streets on November 21,” one Twitter user from Medellin said.

The protests against the government of President Ivan Duque have been gaining momentum ever since labor unions announced a national strike in early October.

Indigenous and student organizations announced they would join the protest. In Medellin even the fan club of local football club Independente Medellin called on its members to take part.