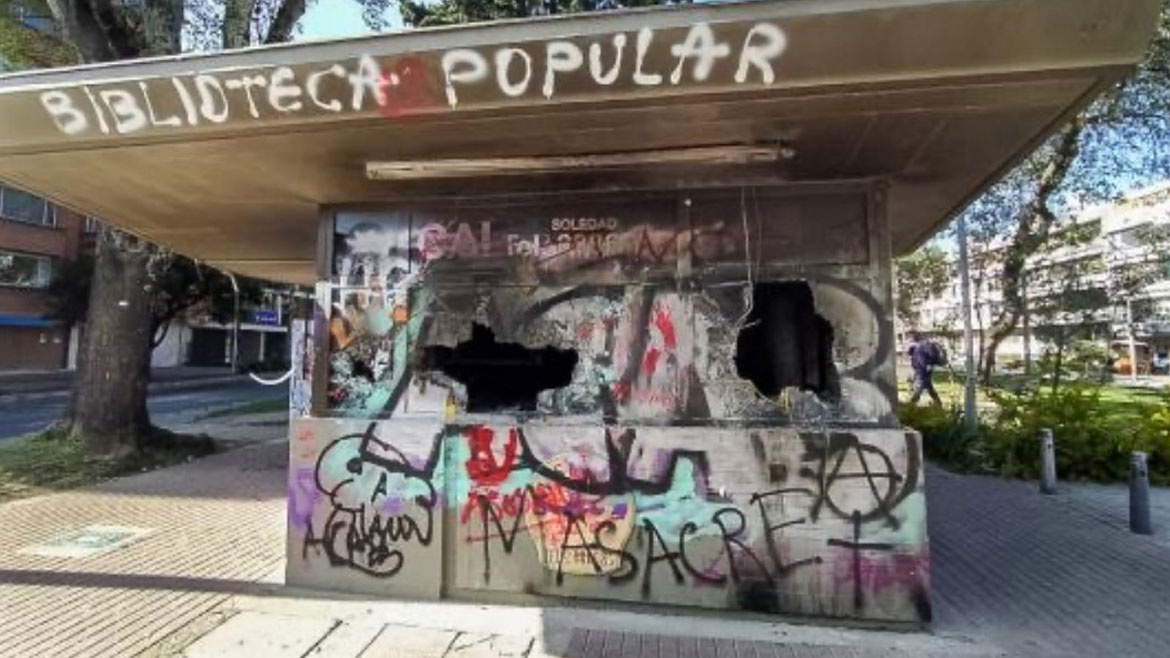 Colombia’s security forces apparently entered panic mode and the government of President Ivan Duque all but collapsed after the US Congress reiterated threats to cut military funds.

The panic was most evident on the National Army’s twitter page, which suddenly began publishing in Spanglish about mysterious “spirit of body and military training.”

The prosecution and the police additionally announced investigations into reports on widespread human rights violations against anti-government protesters.

This violence that surged after protests began on April 28 suddenly stopped on Wednesday when police apparently retreated from the streets in the major cities.

The army panic and the investigations followed fierce criticism by US Senator Patrick Leahy, a Democrat who is the second highest ranking Senator and president of the Appropriations Committee, which has a major say in foreign spending.

The Senator is also the author of two statutory provisions called “The Leahy Law” that bar the US Government from providing military aid on countries that grossly violate human rights.

Leahy blasted Duque’s response to the protests and the State Department updated its fact sheet on the Leahy Law on Tuesday.

The US has invested billions to help Colombia prosper and establish a foundation for the rule of law. Much has been achieved, but the protests, and the govt’s myopic and violent response, shows how far the country has still to go. The rule of law remains fragile.

US Ambassador Philip Goldberg met with Vice-President Marta Lucia Ramirez to talk about “the government’s obligation to protect the right to the freedom of peaceful protest, preserve citizen security, and investigate and prosecute crime violence, including the abuse of force.”

House Representative Gregory Meeks, the chairman of the Foreign Affairs Committee, said he was “extremely concerned by the brutal” police response to the protests and warned Duque and his Defense Minister Diego Molano their funds were at risk.

Duque was nowhere to be found on Wednesday evening and Molano was confronted with the adverse results of his military crackdown on the protests that had spread everywhere.

According to human rights NGO Temblores, the security forces allegedly committed 1,956 acts of violence against civilians involved in the protests of the past two weeks.

The Search Unit for Missing Persons said last week that 379 people disappeared after attending a protest somewhere in the country.

Prosecutor General Francisco Barbosa said Wednesday that his office was investigating 14 homicides and 168 disappearances, two days after the prosecution claimed to have no reports on missing persons.

Barbosa, one of the president’s best friends, additionally said the prosecution had received 180 criminal complaints about police brutality, a fraction of those registered by human rights organizations.

The director of the National Police, General Jorge Luis Vargas, said that “we have 117 internal disciplinary investigations within the police,” which allegedly committed most crimes against anti-government protesters.

Colombia entered into a virtual state of peaceful anarchy after the apparent collapse of the security forces and much of the national government.

Led by students, anti-government protesters spent Wednesday celebrating in the streets in a joyful, colorful and peaceful state of anarchy as police were nowhere to be found.

Mayors and Governors maintained order after Duque and Vice-President Marta Lucia appeared to have crawled under a rock following one of the government’s most absurd public events during which the VP literally toppled herself.

The government had already vowed to negotiate with the protest leaders, but is left without any leverage after finding itself abandoned by foreign allies and the ruling party in cracks.

After two and a half years of mindboggling misrule and less than one year before congressional elections, Duque is not just a lame-duck president, but has gone completely toxic.

How the president will be able government in the 1.5 years he is supposed to stay in office is unclear. Duque is not just widely seen as Colombia’s “worst president in history,” politically speaking he is a dead man walking.

Meanwhile, prison looms for the defense minister and a number of top military and police officials allegedly involved in the violent crackdowns of protests.