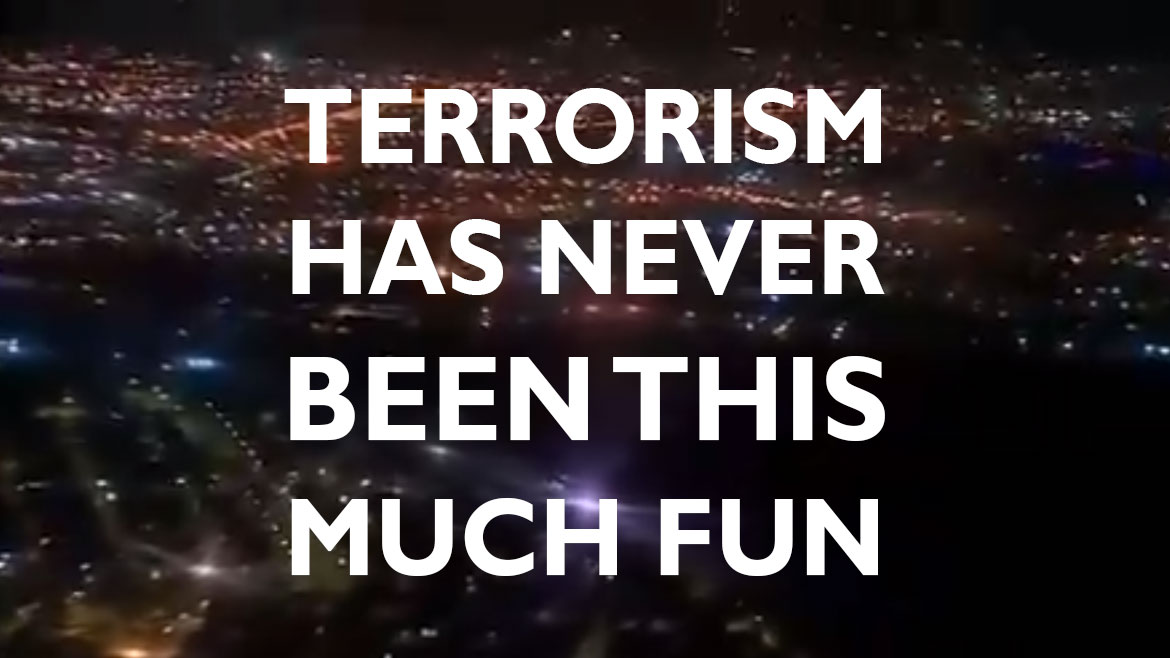 What the purpose of the military operation allegedly carried out with the paramilitary group was other than terrorizing locals in the south of Colombia’s city is unclear.

How many people were injured and may have been killed was also not immediately clear.

Once Duque was done terrorizing the students of the Valle University, the president said that he would “listen to you and talk about the issues you complain about.”

We want to tell the young people of Valle del Cauca that we know about their needs, complaints and proposals, and there will be a space to listen to them and talk about the issues that affect them. We invite them to join us and together we will reach quick and concrete solutions. 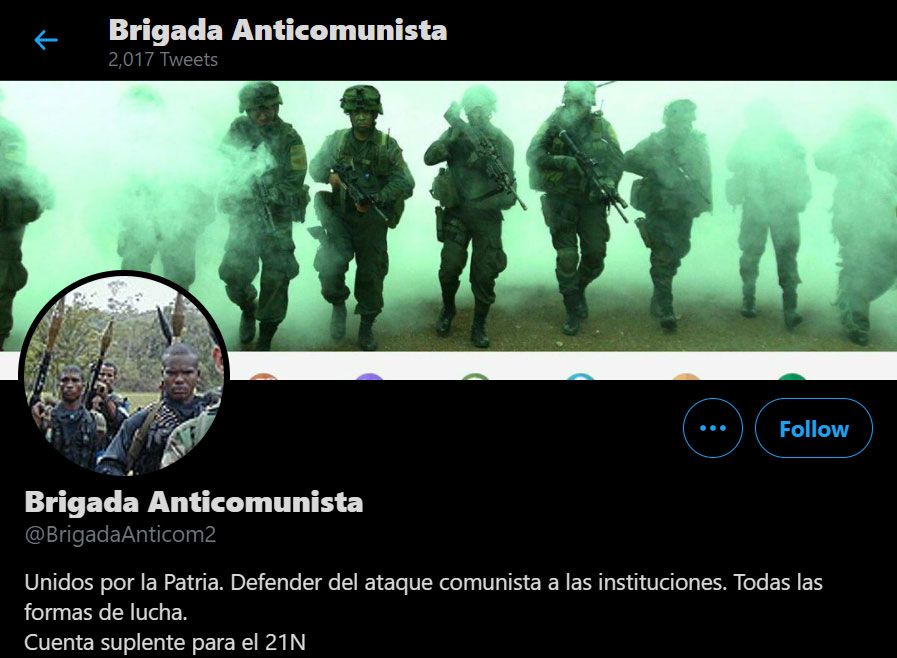 Early Sunday evening, the far-right group warned the residents in Cali that “the night will be long and tortuous because of [opposition] Senator Gustavo Petro and his narco-terrorist” indigenous protesters.

The native Colombians knew something was coming as the president ordered Defense Minister Diego Molano to embark on a major military operation south of Cali.

What the indigenous didn’t know was that Duque would be also be involved in the military operation. The president didn’t fly to Cali until early in the morning.

The Anti-Communist Brigade tweeted that “they’re not counting on armed civilians. There will be more deaths” and urged people in the south of the city to stay inside.

Are you in Cali?
Are you a reservist?
Contact us
Well paid

While the paramilitaries were recruiting, Molano was coordinating the operation with the local military commanders. 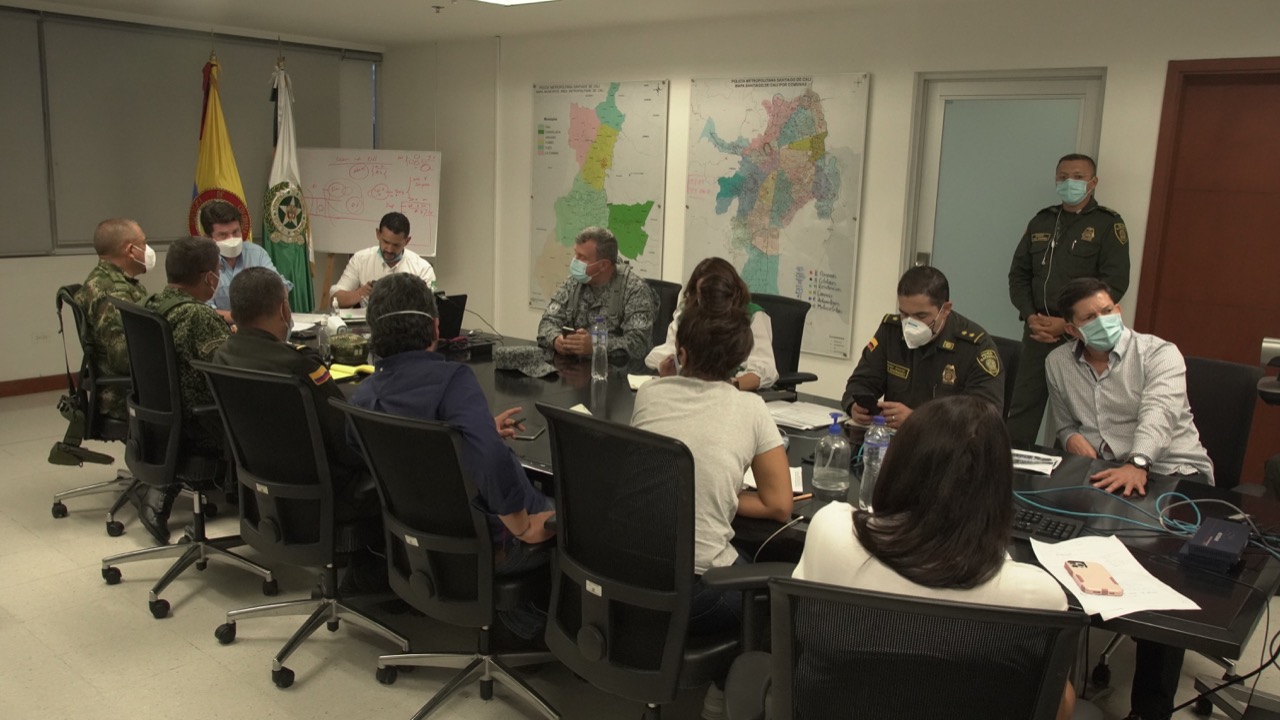 The Anti-Communist Brigade invited anyone to follow their terrorism campaign in alleged collusion with the local police and the National Army on Twitter with the hashtag #CaliEnAlertaRoja.

Around 8PM, Uribe called on his supporters to support the security forces in the event they would be criticized by “reckless national and foreign media” for allegedly colluding with death squads.

We, Colombians who ask for protection of our Armed Forces, in accordance with the Constitution, must be prepared to defend them from reckless national and foreign accusation.

“Reckless national and foreign accusations” got Uribe in court for his alleged involvement in two massacres, a fate his puppet may be awaiting too unless he asks the paramilitaries to delete the evidence of their involvement in the Cali terror campaign.

A little after 10:30PM, the Anti-Communist Brigade tweeted “on alert” after which they said they were “on the job.”

A local reported that an army unit and a unit of anti-riot police unit ESMAD were entering the Melendez neighborhood in the south of the city 10 minutes later.

Minutes later, another residents from the neighborhood claimed that “they are attacking us.”

Duque arrived in the city at 11:30, according to journalist Ricardo Ospina of Blu Radio, the radio station run by the president’s brother in law.

Minutes after Duque’s arrival, a local decried on Twitter that “they are assassinating people in the Melendez neighborhood in Cali!”

Reporters from the Valle University reported on the operation live.

This Is happening right now https://t.co/p3tvi3YS1Q

Another unconfirmed video showed alleged locals from the neighborhood gathering injured neighbors, but the veracity of this video was later disputed.

Representatives of the Peace Commission, and peace observers from the United States, the United Kingdom and Germany traveled to Cali this morning to talk to locals.

How many people were possibly injured or killed between Sunday and Monday remained unclear around 2PM on Monday, but the most recent events triggered a response from US Ambassador Philip S. Goldberg.

We regret the acts of violence that occurred in Cali and express our sincere condolences to the families and friends of those who died in the midst of them. The US reiterates our call for calm and our support for dialogue to address the current situation.