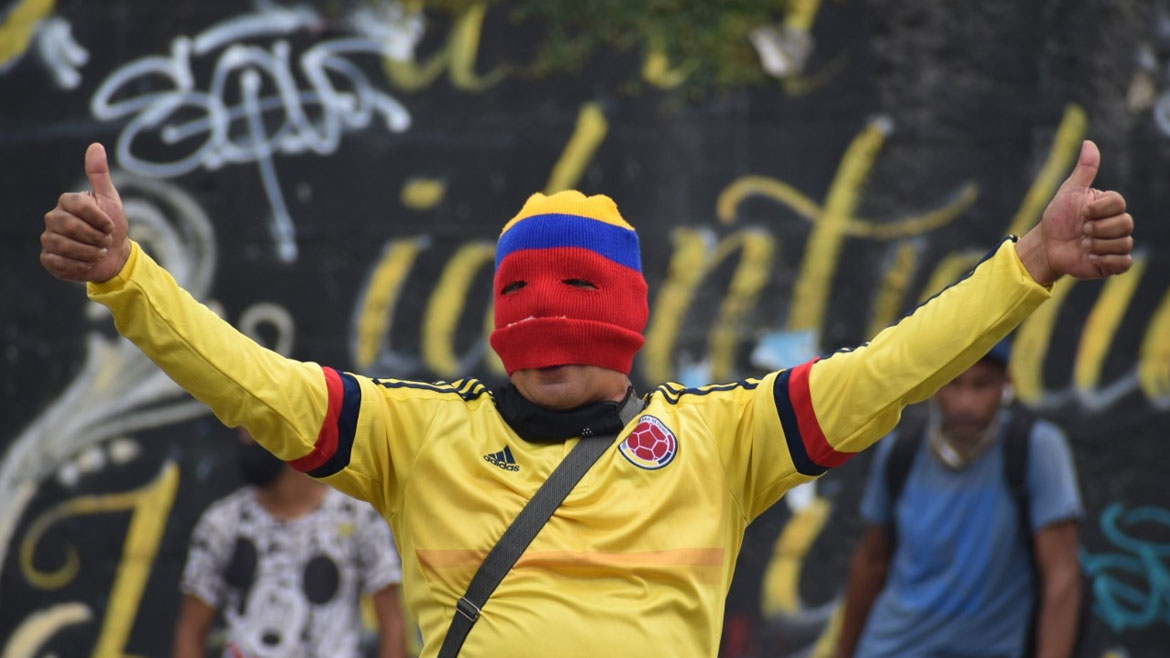 Residents of the country’s largest cities cheered the tens, perhaps hundreds of thousands of protesters who responded to two weeks of deadly police violence with a parade of music, dance and street theater.

The protests were by far the largest since a national strike on April 28 sparked daily protests that seem to grow only bigger and more colorful with every attempt to violently repress them.

In the east of Cali, where police repression has been among the most brutal, the loathed riot-police unit ESMAD was being confronted by the community’s women protecting their families from police brutality, according to activist radio station Contagio.

In the countryside, farmers and indigenous organizations mobilized and took over highways and streets “in rejection of the repression by the military,” according to native Colombians from Cauca.

The largely joyful and colorful protests couldn’t have been in starker contrast of the extreme violence that killed more than 40 people as the security forces tried to quell the protests.

The latest strike day has further cornered the president and his far-right Democratic Center party, which was trying to counter the overwhelming protests with an online hate speech campaign.

The country’s corporate media have consistently tried to stigmatize the protesters, which made them an additional target of the demonstrations as people increasingly turn to social media for information.

The protests already forced Duque to withdraw a widely rejected tax reform proposal and agree to negotiate demands with protest organizers, which the president has refused since 2019.

The concessions were not enough to prevent what appeared to be the largest anti-government protests since November 2019 when the National Strike Committee called it first strike.

This strike triggered the largest anti-government protests Colombia had seen in more than four decades and revived with a joyful vengeance in rejection of the president and violence.