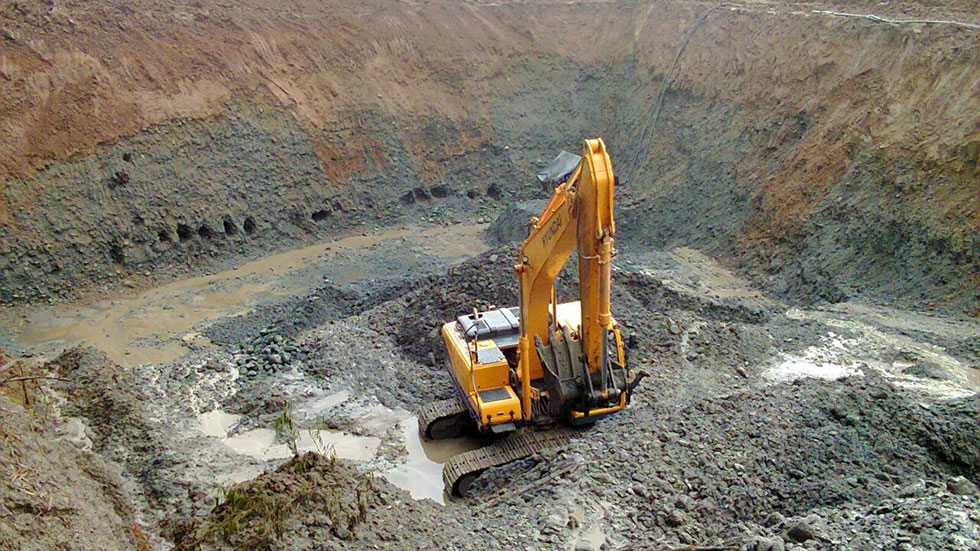 President Juan Manuel Santos said on Twitter that two people had been arrested and 26 excavator machines confiscated in raids on illegal mines in the southwestern department of Cauca — a “high-value target,” he wrote.

“We calculate that the ELN and other armed groups were extracting 18 kilograms (40 pounds) of gold a day through illegal mining. One kilo is worth 115 million (Colombian pesos),” or about $38,000, said Defense Minister Luis Carlos Villegas.

The army called it a “historic operation” and a “significant blow” to the finances of the ELN and other armed groups.

A recent report by the Colombian Mines Association found that 88 percent of the 50 tons of gold produced each year in the country comes from illegal mines.

Colombia is the scene of a more than five-decade conflict that has drawn in leftist guerrilla groups, right-wing paramilitaries and criminal gangs.

The various armed groups use drug trafficking and illegal mining to finance themselves.

After nearly four years of peace talks, the government is close to signing a peace deal with the largest guerrilla group, the Revolutionary Armed Forces of Colombia (FARC).

It has also agreed to hold talks with the ELN, or National Liberation Army, the second guerrilla group. But formal negotiations have not started.