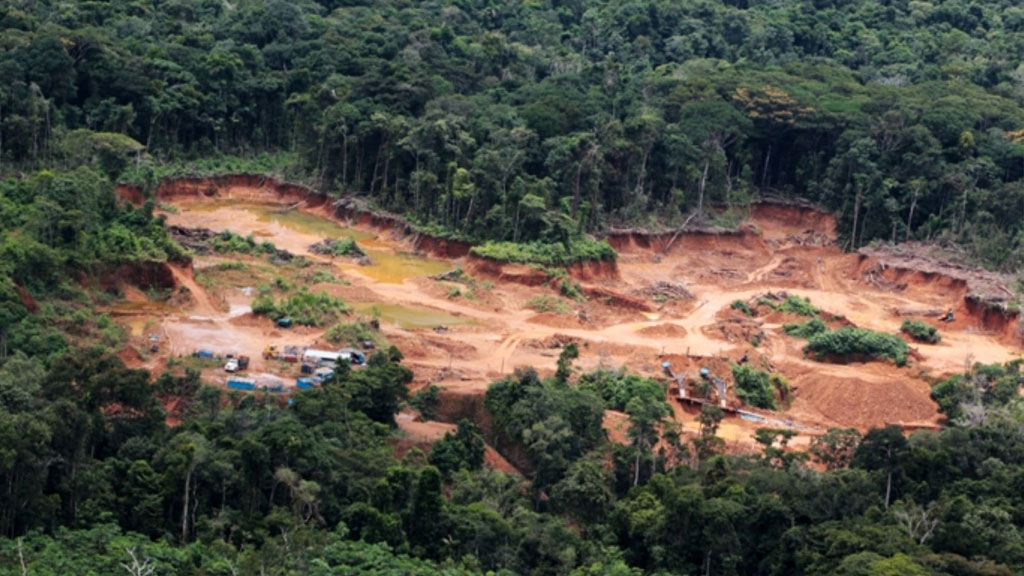 Hundreds of members of indigenous communities in southwest Colombia marched in protest over the weekend against the illegal gold mining taking place in their territories.

The protesters, mostly from the indigenous and Afrocolombian communities from La Toma in Cauca, are angry about the pollution and environmental damage caused by the illegal activity.

The communities previously received threats from the Rastrojos drug trafficking organization for opposing the illegitimate mining.

“We protested in defense of our territory because mining is destroying what is ours. It is a march in solidarity with the people. Where we fish has become contaminated. We unite for once and for all protect our resources,” said one of the protestors and the leader of the Nasa indigenous group, Andrew Almond.

He, along with other indigenous members, organized the three-day trek that began on Friday at the Royal Bridge sidewalk on the Pan American Highway, and culminated yesterday in Suarez and Buenos Aires, in northern Cauca.

Academics and scholars have also come out in support of the indigenous communities.

In a letter to President Santos in 2014, they warned of the imminent risk: “We are a group of academics, intellectuals and scholars from the Pacific. We share a deep concern about the serious situation in the region and their impact on black and indigenous communities,” wrote researchers from the Centre for Ethnic Territories and Farmers, the Institute of Environmental Studies, and the Observatory of Mining Expansion and Resistance.

The authorities have confirmed that the rivers within the territory have been seriously affected by the illegal mining practices and government institutions have made attempts to curve the environmental impact and reduce the illegal mining industry. However, for the most part, these promises of change have not been upheld.

“Its waters are heavily contaminated. There has been soil removal, the formation of mountains with sterile material and the dumping of chemicals,” Wrote the researchers.

Government vows to act against illegal mining in southwest Colombia

Illegal mining throughout Colombia continues to be a pressing issue causing not only widespread environmental damage, but also numerous fatalities of predominantly poor rural miners due to unsafe conditions.

Such mining often involves rebel groups such as the FARC as well as neo-paramilitary and drug trafficking organizations. The groups target gold as well as silver, coltan and emeralds, in operations which pollute rivers and forest ecosystems.

Local communities bear the burden of these operations through extortion, polluted local drinking water, as well as through violence and the theft of lands.