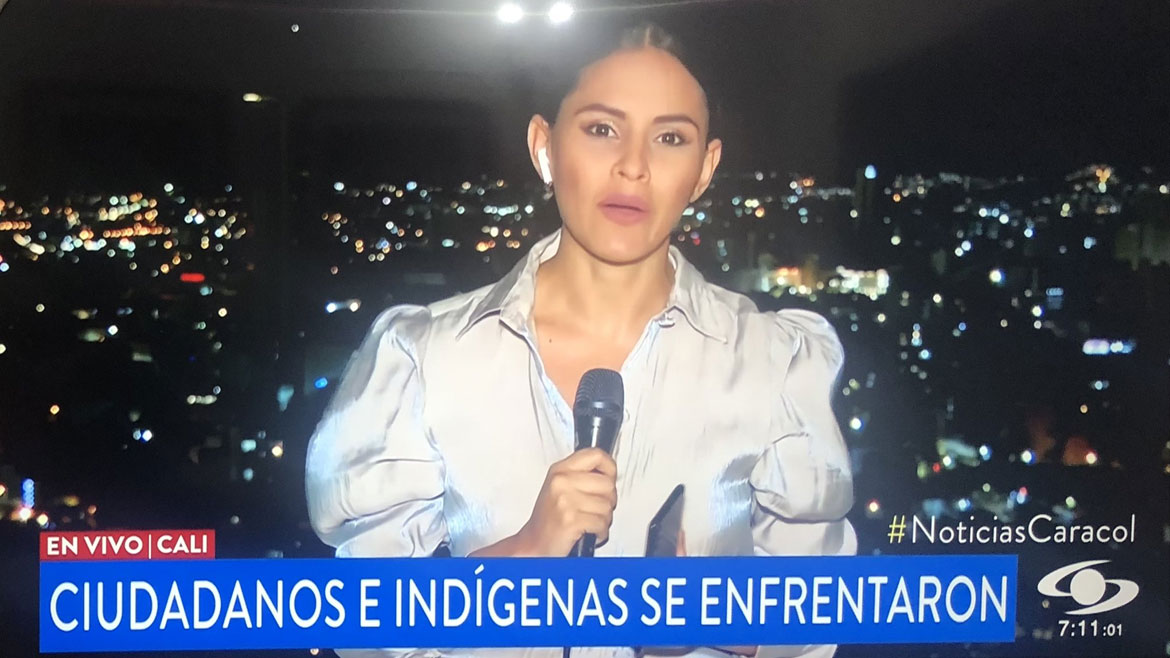 Colombia’s mass media and the Cali Police Department tried to cover up an attempted massacre of native Colombians by far-right supporters of President Ivan Duque.

At least eight indigenous protesters were injured on Sunday when heavily armed supporters of the increasingly authoritarian president indiscriminately opened fire on the buses they were driving.

The armed residents from an upscale neighborhood in the south of Cali received help from at least one policeman while preparing the massacre, according to video footage.

In order to cover up the attempted massacre, Cali Police chief Juan Carlos Rodriguez falsely accused the victims of incinerating two vehicle and falsely claimed that some were carrying firearms.

The false claims were repeated by RCN Television, a sister company of LA FM that is also owned by controversial business mogul Carlos Ardila Lulle, who illegally occupies land from the indigenous.

The same false claims were repeated on Caracol Television, which went as far negating that the indigenous were Colombian citizens.

The extensive media coverage based on the alleged criminal conspiracy between the Cali extremists and the local police department provided the pretext for President Ivan Duque to order a brutal terrorism campaign.

This terrorism campaign was promoted by a local death squad, “the Anti-Communist Brigade,” which said on Twitter it would take part in the terror campaign and previously claimed to be working with the Cali Police Department .

The latest terror campaign of Duque, Defense Minister Diego Molano, Rodriguez and the Anti-Communist Brigade was discovered after which an international commission immediately flew to Cali to prevent further harm being done by the government, its extremist allies and the Cali police chief.

The Cali Police Department was already facing accusations of permitting another terror campaign that justified the defense minister to militarize the the city in late April after which local police embarked on the mass killing of citizens.

Prosecutor General Francisco Barbosa, one of Duque’s best friends, has refused to investigate both terror campaigns that have severely traumatized the city without breaking its opposition to the tyrannical president.