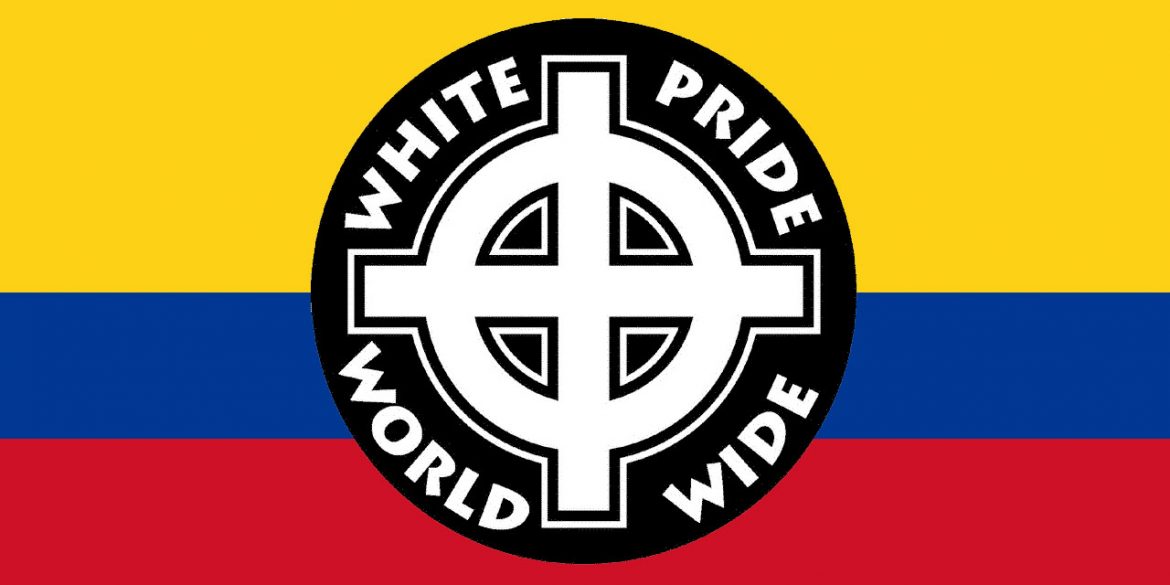 Racial discrimination in Colombia wasn’t a criminal offense until 2011 after a centuries-long history of white supremacy that persists until this day.

The concept of white supremacy was introduced by the Spanish after their arrival in the early 16th century, but 500 years later it is alive and well, especially when it comes to indigenous peoples of whom 67 were assassinated so far this year.

What historic debt? The fuck with you, drunken opportunist fucking Indians!

Many Colombians continue referring to indigenous with the same dehumanization and victim-blaming used at the beginning of their ethnic cleansing 500 years.

In the ascent of the great Magdalena River to this Kingdom, there were more than twelve thousand Indians. And now I wanted to understand how many were left, so I went up there and found a thousand and five hundred, and I understood that they were all dead because of their clothing and disorder, while this is the greatest job in the world; because they neither eat nor dress, and don’t understand. 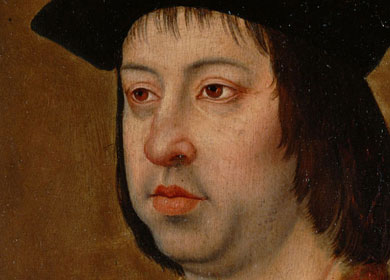 The Wayuu were the first people now called Colombians to meet a European, Alfonso de Ojeda, who convinced the Spanish crown to found a colony in La Guajira in 1500 or 1501.

Within three months, De Ojeda became the first of many Spanish to learn that the Wayuu were the only nation that could not be subdued.

The Kuna, on the contrary, welcomed De Ojeda and his fellow explorer Vasco Nuñez to the Uraba region just like they would later welcome  French traders and Scottish pirates.

Following De Ojeda’s stint with the Wayuu, Nuñez returned to Uraba in 1510 to build Santa Maria la Antigua and brought  a 2000-men army to violently enslave the people, or kill them if they refused.

King Fernando II formally abolished slavery and granted all indigenous people from the Americas property rights in 1512, but in a feudal system that means little.

The king owned all the land and his newly conquered subjects were legally obliged to follow the conquistadors’ orders and work for them as serfs. The conquistadors didn’t care, because the native Colombians were “savages.”

The Spanish left Uraba for what is now Panama City in 1520.  Two years later, the Catio nation took out the Spanish abuses on the 13,000 surviving Kuna, who were displaced from Colombia for good.

Tell me by what right of justice do you hold these Indians in such a cruel and horrible servitude? On what authority have you waged such detestable wars against these people who dealt quietly and peacefully on their own lands? Wars in which you have destroyed such an infinite number of them by homicides and slaughters never heard of before. Why do you keep them so oppressed and exhausted, without giving them enough to eat or curing them of the sicknesses they incur from the excessive labor you give them, and they die, or rather you kill them, in order to extract and acquire gold every day.

Those they forgot to kill 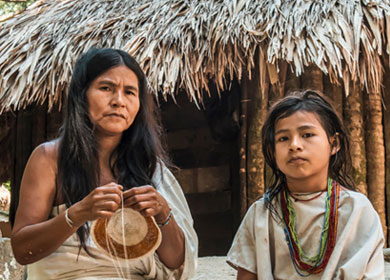 Members of the Kogi people

The Spanish were able to settle where Cartagena and Santa Marta are now located around 1525, but found that the locals were dying by the dozens and the arid land barely produced crops.

By the time they arrived, some 50,000 native Colombians were living in the Magdalena valley near what is now Barranquilla, Spanish chronicler Pedro Simon calculated. Around 1545, there were no more than 500.

Simon estimated that 40,000 died of European diseases and the rest were murdered by the Spanish.

Many of the surviving peoples from the Caribbean coast learned the wisest thing was to stay away from the Europeans and their descendants and hide in the Sierra Nevada mountain range.

Initially we were in the lower part, next to the sea. But each time the presence of the illegals has forced us to go up, to move. Later the guerrillas took control of the area. And now, once again, there is the fear of the presence of the armed forces in the Sierra. We can’t keep moving around.

The bloody invasion from the South 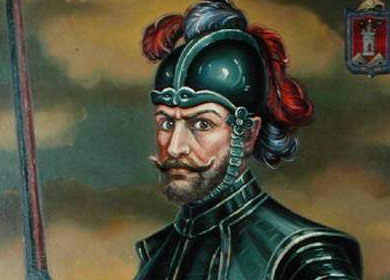 The conquistadors that conquered the Caribbean coast had a complete disdain for the native Colombians, but none could compare to Sebastian de Belalcazar, who entered Colombia from the south in 1537.

After a five-year trek from the Atlantic coast of Peru, Belalcazar’s first stop was the border city of Pasto after which he founded the cities of Popayan and Cali in the name of Christianity, despite the fact that as an illiterate he was unable to read the bible.

The Misak people tore down the statue of the conquistador last month. National Police chief Oscar Atehortua, whose men massacred at least 13 people in Bogota the week before, called it vandalism and announced a reward for information leading up to the arrest of the native Colombians whose ancestors were “slain” by “tyrants” “by the instigation of the Devil,” Friar Bartolome de Las Casas wrote in his 1542 book “A Short Account of the Destruction of the Indies.”

And here is to be noted, how pestilential and inhumane the cruelty of these Tyrants hath been, and how violently exercised, when as in two or three years space, they were all slain, and the Country wholly desolate and deserted, as those that have been Eye-witnesses can testifie; they having acted like Merciless Men, not having the fear of God and the King before their Eyes, but by the instigation of the Devil; so that it may well be said and affirmed, not one Person will be left alive, unless his Majesty does retard, and put a stop to the full career of their Cruelties, which I am very apt to believe, for I have seen with these very eyes of mine, many Kingdoms laid waste and depopulated in a small time. There are other stately Provinces on the Confines of the New Kindgom of Granada, as Popayan and Cali, together with three or four more above five hundred miles in length, which they destroyed, in the same manner, as they have done other places, and laid them absolutely waste by the prementioned Slaughters, who were very Populous, and the Soil very Fruitful. They who came among us from those Regions report, that nothing can be more deplorable or worthy of pity and commiseration, then to behold such large and great Cities totally ruinated, and intombed in their own Ashes, and that in a City adorn’d with 1000 or 2000 Fabricks, there are hardly now to be seen 50 standing, the rest being utterly demolished, or consum’d and levelled to the ground by Fire and in some parts Regions of 100 miles in length, (containing spacious Cities) are found absolutely destroyed and consumed by Fire.

Following the expulsion of the Spanish in 1819, Colombia’s Congress sought to compensate the native Colombians who had been “abused and oppressed” for centuries, under the presidency of former General Francisco de Paula Santander, one of the country’s liberators.

Almost 200 years later, the native Colombians are still waiting for the promise to have their lands returned that was made in the very first law approved by Congress in 1821.

The General Congress of the Republic, convinced that the healthiest principles of politics, reason and justice imperatively demand that the indigenous people, this considerable part of the population of Colombia that was so abused and oppressed by the Spanish government, recover all their rights, equal to other citizens, has come to decree and decrees the following.

Article 1 – The indigenous people of Colombia, called Indians in the Spanish code, shall not pay in the future the tax known by the degrading name of tribute; nor may they be assigned to any service by any class of people, without paying them the corresponding salary, which they previously stipulated. They remain in all
equal to other citizens and shall be governed by the same laws.

Article 2 – Taking into account, however, the state of misery in which they find themselves, originating from the system of despondency and degradation in which they were held by Spanish laws, the indigenous people will continue to be exempt for the space of five years from paying parish fees and any other civil contribution with respect to the reserves and other goods they possess in community; but they will not be exempt for those that are their private property.

Article 3 – The land reserves assigned to the indigenous peoples by Spanish law, and which they have hitherto held in common, or in portions distributed to their families only for cultivation, according to the regulations of the Liberator President of May 20, 1820, shall be distributed to them in full ownership and possession, if circumstances permit, and before the end of the five years referred to in Article 2.

Article 4 – Each indigenous family, hitherto tributaries, shall be assigned the corresponding part of the reserves, according to the extension of these and the number of individuals of which the family is composed.
Article 5 – The Government shall order the immediate formation of very precise lists of the indigenous persons in each village who are entitled to distribution, and shall take a report on the extension of the reserves, on the difficulties offered by such distribution, and on the means of verifying it, on the expenses to be incurred, and on where they are to be paid. Of all this he will give an account to the next Congress.
Article 6 – In the meantime, the reserves shall continue to be owned by the natives under the same rules observed so far; but where there is surplus land, or where it is necessary for the cultivation of the families, it shall be leased to satisfy the endowment of the school of first letters and stipend of the priests, as prescribed, or as may be prescribed hereafter.
Article 7 – The stipend and Oblate that was paid to the priests of the national treasuries shall be paid:
1) From the ninths of tithes of the parishes where the indigenous people live, which in no case may have another different one.
2) If they do not reach the ninths, the amount of the stipend will be completed with what is produced by the rent of the surplus of the reserves, satisfied that they are the expenses of the school of first letters.
3) If in this way the stipend is not yet completed, the missing amount will be distributed among the indigenous people, heads of family and those over twenty years of age, which will be verified by the judge of the parish associated with two neighbors, and must be approved or reformed by the first judge of the canton, who will receive the distribution to make payment.

Article 8 – The protectors of natural persons shall continue to exercise their ministry and shall promote the communal actions that correspond to them; but all other civil or criminal actions shall be instructed by the indigenous persons as the other citizens considered in the class of miserable; by virtue of which some rights shall not be taken away from them.

Article 9 – Until the reserves are distributed to the indigenous people in property, they will continue to have the small town hall that the laws grant them, whose functions will be purely economic and reduced to the better administration, concentration and distribution of community goods, remaining, however, subject to the judges of the parishes.

Article 10 – The names of peoples with which the parishes of indigenous people were known are abolished; and the latter may obtain all kinds of assignments, provided they are suitable to perform them.

Article 11 – Any other citizens may establish themselves in the parishes of the indigenous peoples, paying the corresponding rent for the land occupied by their houses; but in no way shall they harm the indigenous peoples in their pastures, sowing grounds or other products of their reservations.

Article 12 – The laws, ordinances, bonds, and decrees issued on the indigenous people are expressly repealed in all that does not conform to the present law, and the Executive Branch is authorized to decide and resolve all doubts and difficulties that may occur in its execution, reporting to the next Congress on legislative matters.