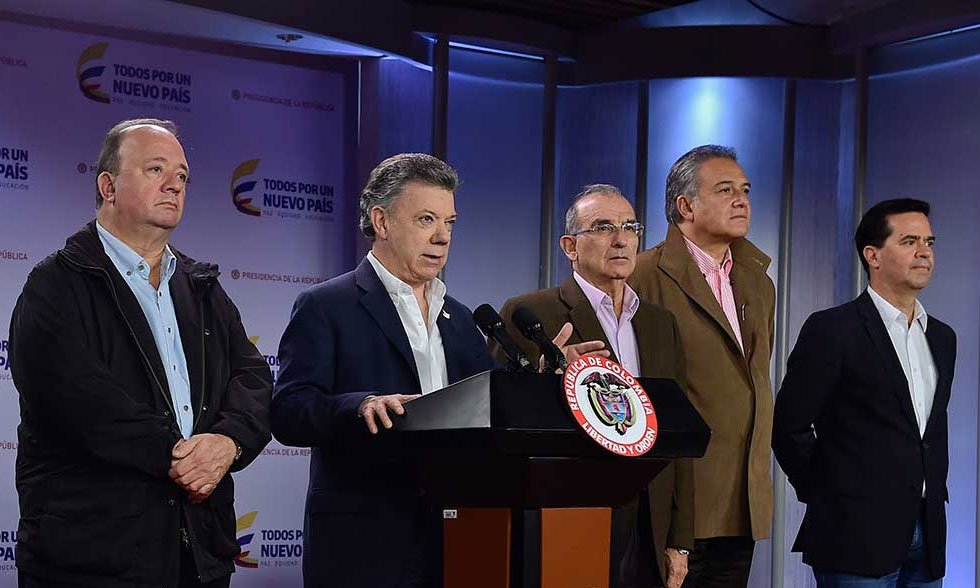 Colombia govt negotiators back in Cuba to negotiate peace with FARC

Colombia government representatives are back in Cuba to negotiate a revision of a peace deal with the country’s largest Marxist rebel group, the FARC, after the initial deal was rejected in a referendum last month.

In a referendum with a historically low turnout, 50.2% of Colombia’s voters rejected the deal, forcing President Juan Manuel Santos to suspend the peace process with the country’s oldest and most-feared rebel group in its tracks just five days after it had begun.

Following negotiations with more than 60 opponents of the original peace deal from both civil society and political opponents, the negotiators compiled more than 500 proposals that will be put before the FARC delegation.

In the meantime, the United Nations, the military and the FARC agreed to concentrate FARC fighter units in 26 “pre-grouping points” across the country to reduce guerrilla desertion, power vacuums in abandoned rebel territory or violent provocations by FARC rivals.

Santos met with the majority of his negotiators on Saturday and instructed them to go into “conclave mode” with the FARC’s negotiators in Havana in order to reach consensus on a revised deal “very soon, very rapidly.” 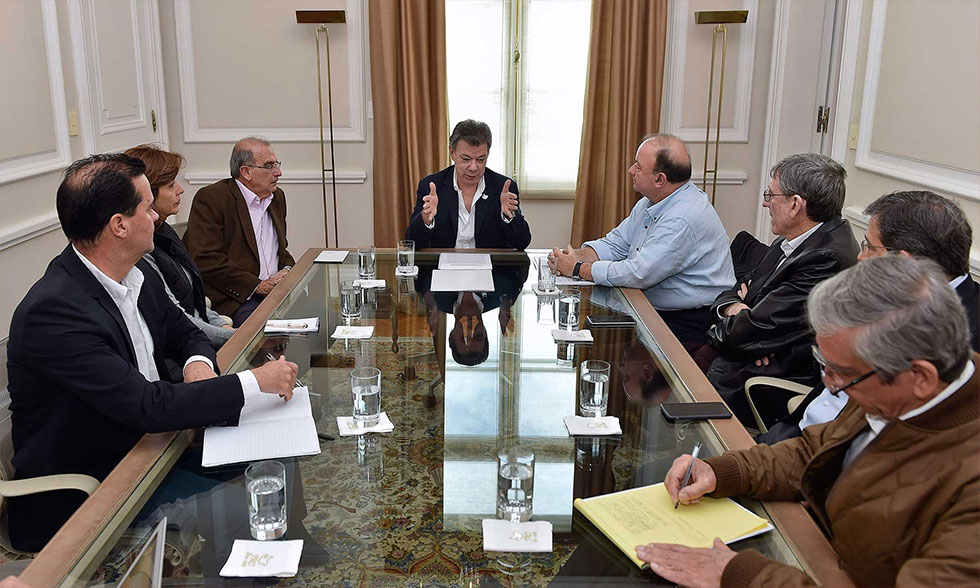 Chief negotiator Humberto de la Calle, who had been meeting with the peace deal’s most hard-line opponent, former President Alvaro Uribe and his Democratic Center party, all week, was ordered to travel to Cuba immediately.

In a press conference that followed Santos’ first meeting after a historic state visit to the United Kingdom, the president stressed the intensity with which negotiators had been working both with the FARC in Cuba as with opposition leaders in the capital Bogota and other cities.

Additionally, the president said there was common census among both opponents and promoters of the rejected peace deal that a revised deal to end 52 years of armed conflict should be in force as soon as possible.

“There were more than 60 meetings, of which I want to stress their constructive and respectful spirit. More significant even was the [sense of] necessity, shared by everyone, to proceed very soon, very quickly, to the definition of a new accord that allows for a wider, deeper, stable and lasting peace.”

In order to proceed as fast as possible with the negotiators with the FARC, who have said to be open to renegotiate the already signed peace accord, Santos said that the 500 proposals had been bundled into 57 “thematic chapters.”

Many of the issues are not difficult to resolve. Others are. All will be a topic of detailed discussion with the FARC.

To go through the pile of proposals as efficiently and sensibly as possible, said Santos, the negotiators will work “in conclave mode, in simultaneous thematic groups, without leaving the table until reaching agreement.”

While these negotiations are ongoing, Santos vowed there will be channels of communication between Havana and “those who participated in the national dialogue.”

“The ball is now in the FARC’s court,” conservative opponents and victims of the guerrillas said Thursday in a joint statement.

The guerrilla representatives said Saturday they already have begun negotiating with Peace Commissioner Sergio Jaramillo and other government negotiators and advisers since early Saturday.

It is unclear what will follow the new round of negotiations. The gap between the FARC and Santos on one end and Uribe on the other is huge. Differences with other sectors seem easier to overcome.

Moreover, both Uribe and the FARC leadership have a vested personal interest, especially in the transitional justice system agreed in the initial peace accord.

While the FARC leadership has been able to barter a highly controversial clause that would allow war criminals to stay out of prison and even be allowed to become president, Uribe is facing numerous war crime allegations himself.

While both the guerrillas and the president have been stressing the need for “adjustments and clarifications” of the deal, the hard-line Uribe has demanded profound changes in some of the core agreements in the peace deal.

Additionally, Santos and the guerrillas’ priority, spurred by the United Nations and the United States, is to reactivate the peace process as soon as possible to prevent it to fail entirely and possibly spur a new wave of political violence.

Lastly, the president has yet to announce whether he will seek ratification of the deal in Congress, where he enjoys a comfortable majority, or through a second referendum.