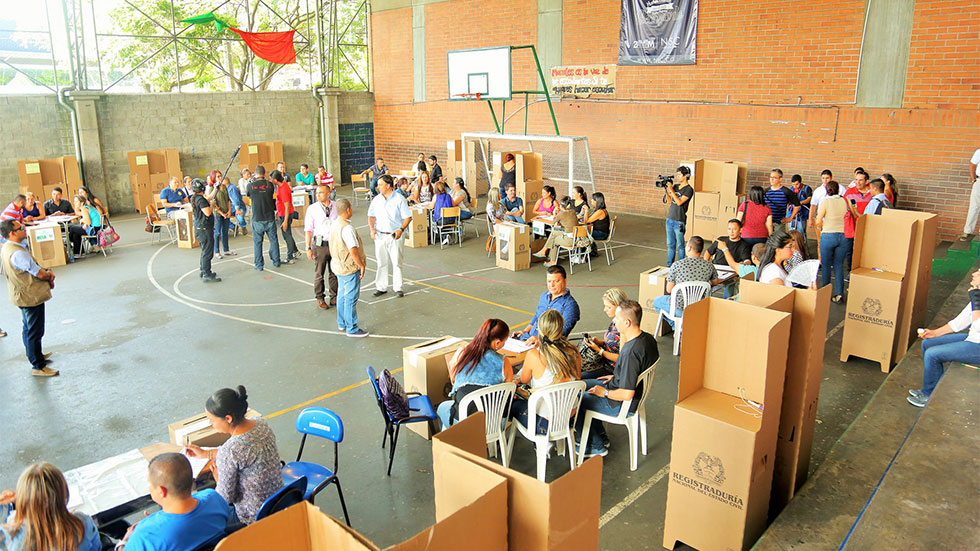 Colombia’s referendum on peace with the FARC, the country’s most important vote in recent history, had a stunningly low turnout of less than 38%, demonstrating how few Colombians participate in politics in spite the consequences.

The electoral results map shows that in many parts of the country, particularly those immediately affected by the conflict along the coasts and in the south of the country, people predominantly votes “Yes” to peace with the FARC.

However if you look at Sunday’s turnout you see that especially Colombia’s most war-torn and poorest areas political participation was particularly low, particularly on the Caribbean coast.

It took the “No” campaign a lot of lies, fear-mongering and disinformation to get people to go to the polling stations, but it worked, they obtained 55,000 votes more than those supporting the peace process.

The “Yes” campaign, supported by all but one political parties and a battery of victim and minority organizations, proved unable to mobilize people to vote for peace.

In total, more than 21.8 million voters never showed up.

Voter turnout in the referendum

The low turnout can partially be blamed on something as random as the weather.

However, even within these provinces there was division. The north of Antioquia, which is at imminent risk of violent outbreaks between illegal armed groups, voted convincingly yes.

In the municipality of Bojaya, Choco, where locals are going through a reconciliation process with the FARC and are seeing the results of peace, a staggering 96% voted in favor of the accord.

Their process to overcome the pain was stopped in its tracks, painfully demonstrating one of Colombia’s core causes of the conflict, one that was meant to be improved during the peace process, political exclusion.

Many of those who are most victimized by the conflict and knew they would benefit from it never made it to the voting booth, perpetuating the vicious cycle the peace process was trying to break.

“You think I’m gonna sit in public transport for five hours and stand in line for another five on my only day off?” one Medellin local told Colombia Reports.

Polling stations for the poor, even within the cities are so limited in numbers, many decided against traveling for hours to get to the booth.

The referendum did not just expose the stark divisions between peaceful and war-torn Colombia, and poor and rich Colombia, but also the systematic political exclusion of the downtrodden that the “No” vote successfully perpetuated.