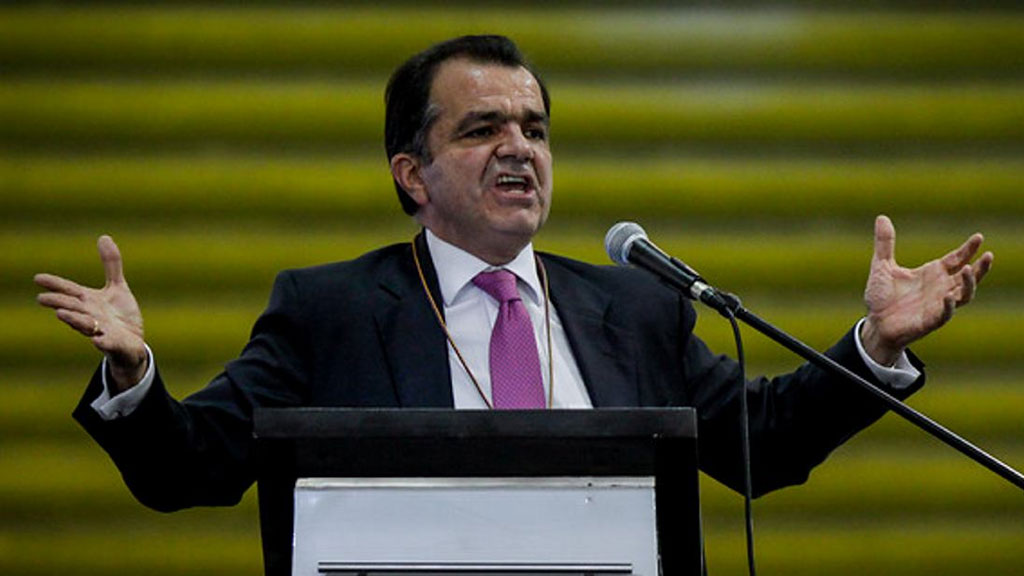 Both the government and the prosecution have denied claims that a former presidential candidate is the victim of political persecution after being linked to spying on ongoing peace talks admittedly carried out by an employee.

Oscar Ivan Zuluaga, the leading opposition candidate in Colombia’s 2014 elections was called into questioning last week over his suspected role in the illegal spying on ongoing peace talks allegedly carried out by his campaign team.

The former candidate of the Democratic Center party allegedly maintained links to a covert, military-run spy center that has been accused of providing classified information to Zuluaga’s campaign team during the 2014 elections he only just lost to the sitting president, Juan Manuel Santos (U Party).

Zuluaga’s attorney said that his client might request political asylum abroad as he claims that he is the victim of political persecution and cannot be guaranteed a fair trial.

MORE: Zuluaga in the corner: Former presidential hopeful to be questioned over peace talks spying

The defense asked for the questioning of former candidate Zuluaga and his son David, who has been implicated in the same scandal, to be held in the Colombian consulate in New York City. This request was denied by the prosecution despite them allowing actions such as this in the past. This has added to Zuluaga’s argument of political persecution.

According to his lawyer Jaime Granados, since May 2014 when the scandal broke, the prosecution “has not handled this case with the discretion and reserve that would abide by the Constitution and the law. It has made the event public through constant leaks to the media.”

Granados has also complained about the handling of evidence. He has argued that the defense has not been allowed access to evidence such as the video which allegedly shows Zuluaga’s meeting with the peace talk’s hacker.

However, the accusation of political persecution has been fiercely denied by both the government and the prosecution.

“When the prosecutor asks someone to attend questioning, it is not an act of political persecution; on the contrary, it is a piece of legislation that is intended to allow the exercise of the right of defense in a very early stage of the investigation,” Reyes stated in response to Zuluaga’s claim.

The minister went on the say that all Colombians are obliged to respect the law and answer the calls of the judicial authorities.

“The Colombian judicial system is designed in such a way that it gives full guarantees to all citizens. In this regard, procedural steps such as this interrogation are mechanisms established by law to ensure the protection of individuals,” Reyes continued.

The former Deputy Attorney General Francisco Sintura stated that “the investigation carried out by the Prosecution is fair. It is a legal fact and not a political event. The Office is not to establish political facts but legal facts. Then, it is a legal research. The prosecution is doing what it needs to do, regardless of whether it is Oscar Ivan Zuluaga or another person. So it’s an absolutely legal and legitimate process.”

The ideological leader of the Democratic Center Party, former President Alvaro Uribe, who has been at odds with Santos after the latter’s initial election in 2010, has long claimed his political allies are victim of a political persecution.

Following his two terms in office, Uribe and his political allies have faced a wide range of criminal investigations over a series of scandals including the embezzlement of government subsidies, spying on the Supreme Court and political opponents, ties to paramilitary death squads, bribing congressmen and the execution of thousands of civilians by the military.