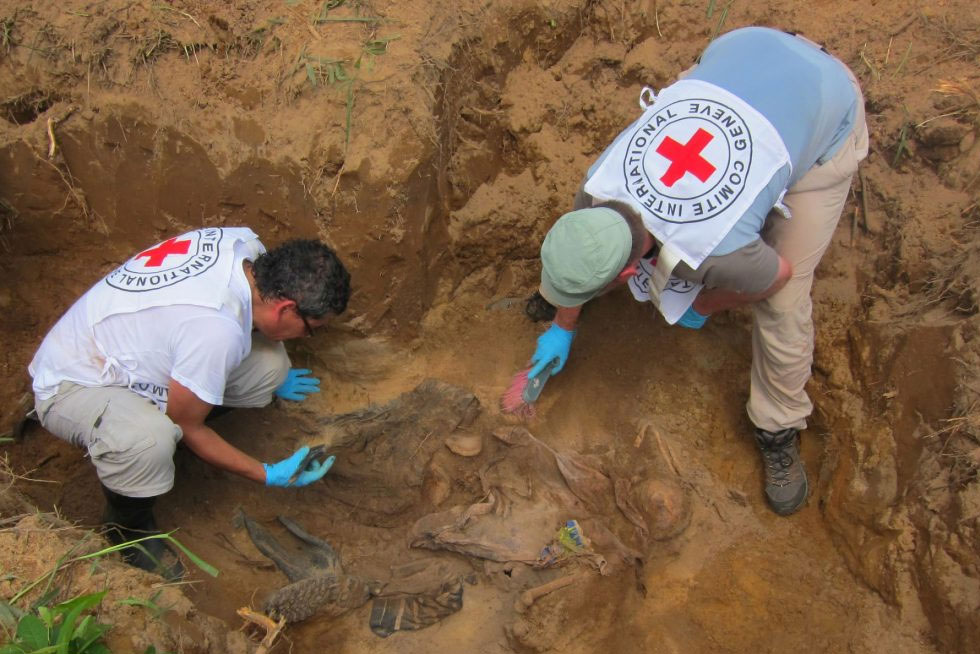 The investigation unit formed to exhume the bodies of people presumed among the tens of thousands of “disappeared” in Colombia said Wednesday it had exhumed 91 possible conflict victim in just one village alone.

As part of the peace agreement with the leftist FARC rebel group, the government agreed to comply to families’ cries to seriously start looking for the at least 45,000 people who were forcibly disappeared by either the military, guerrillas or paramilitaries over the past decade.

To comply with the victim families’ wishes, the prosecution created a Transitional Justice Unit that began with a pilot project in Yarumal, Antioquia, one of the towns most affected by decades of armed conflict.

In the town’s two cemeteries, the forensic investigators found 91 bodies that are unaccounted for and are presumed victims of the 52-year armed conflict between the state, left-wing guerrilla groups and right-wing paramilitary groups, most of whom demobilized between 2003 and 2006.

At the request of the leftist opposition in Congress, the Colombian government had already agreed to being to actively search for the missing persons in 2012.

Since then, 28,000 unidentified bodies, mainly from conflict victims, have been found, the Interior Ministry said in February.

Yarumal, the town where the 91 bodies were found, has been one of the locations of several post-conflict pilot projects, including landmine removal and the voluntary substitution of illegal coca crops with legal crops.

President Juan Manuel Santos and FARC leader Rodrigo Londoño, a.k.a. “Timochenko,” signed peace on Monday, kicking off a $31 billion peace process that includes major political and rural reforms that seek for non-repetition of the political violence that has haunted Colombia well before the formation of the FARC in 1964.