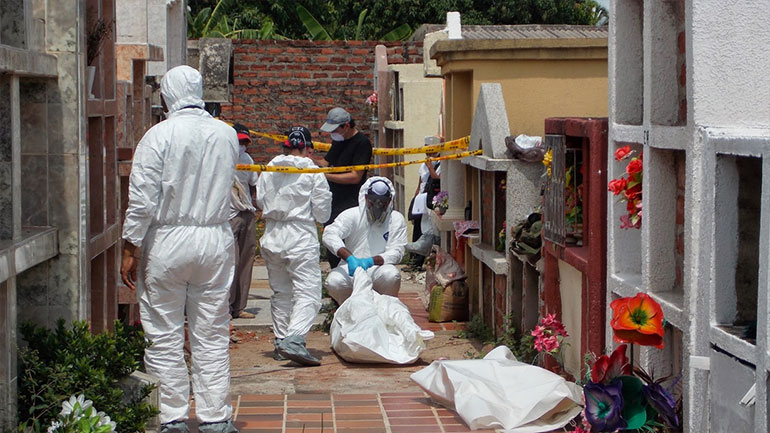 The majority of bodies found in Colombia’s cemeteries “correspond to victims of the conflict.” However, “there is a significant number of people who died under different circumstances,” Riveros said.

The exhumation and verification operations “seek to discover the cemeteries where there are unidentified bodies to know who they correspond to. This is not just a part of the country’s memory, but [the bodies] belonged to someone who disappeared and to someone trying to find” their missing loved ones.

Most unidentified bodies were exhumed in the northeastern Antioquia province, which has long seen extreme violence by guerrillas, drug traffickers and paramilitaries.

Forensic prosecutors began looking for unidentified corpses after Colombia’s leftist opposition in 2011 demanded a thorough census amid claims that the army had been killing civilians and burying them as unidentified guerrilla fighters.

With tens of thousands of Colombians missing and feared dead, the Ministry of the Interior expects to finish the exhumation and identification of bodies in 2019.