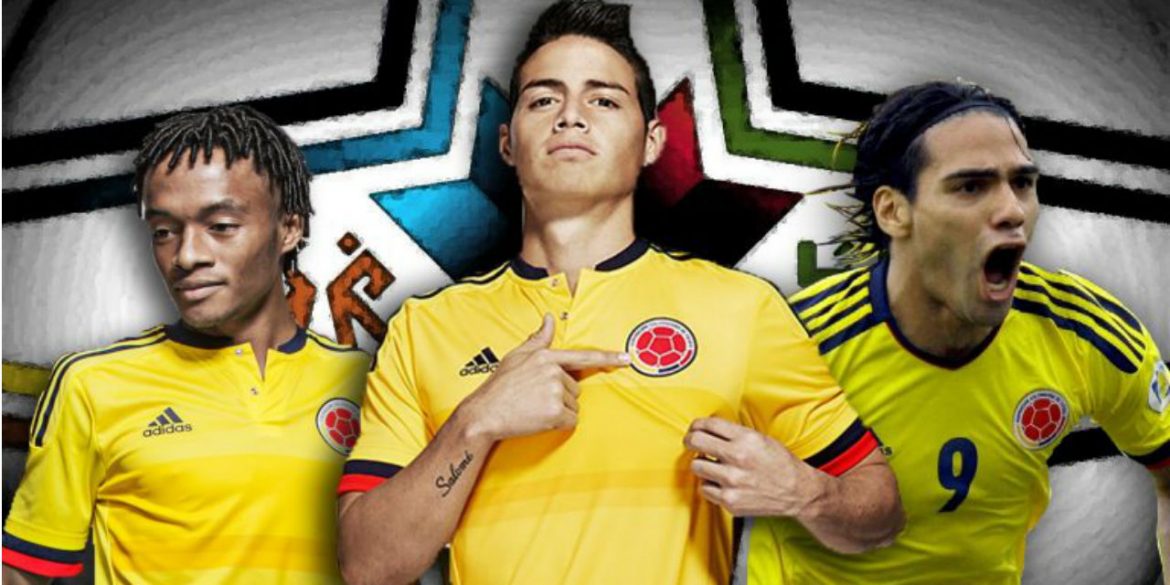 As the World Cup in Russia beckons, Colombian soccer fans are carefully monitoring club competition across the globe as preparations begin to select the squad ahead of the world’s most prestigious competition.

With a range of players based from Latin America to Europe to China, coach Jose Pekerman has a wealth of options to chose from as Colombia begin preparations for the sixth World Cup of its history.

The success of “Los Cafeteros” will depend in a large part on both the availability and form of those players plying their trade in Europe’s top leagues. Here are 5 to keep an eye on as we count down the days to Russia 2018.

Colombia’s all time record goalscorer Radamel Falcao suffered the agony of sustaining a serious knee injury in 2014 when playing for Monaco causing him miss out on the opportunity to play at the World Cup in Brazil.

After troubled spells in the English Premier League with Manchester United and Chlesea after the injury, British media had written the obituary of “El Tigre,” one outlet describing him as “a rich man with a broken reputation” upon his departure in 2016.

The Santa Marta-born star however has since gone through a remarkable renaissance following a return to parent-club AS Monaco, taking the French league by storm clocking up 30 goals in 43 appearances in all competitions last season.

The return to form saw the striker lead his side to the semi-finals of the UEFA Champions League and him being nominated for 2017 Ballon D’Or award.

Falcao has continued to perform well this season having already scored 29 goals in 23 games across all competitions, stats that will be music to the ears of Colombia boss Pekerman.

While the attacker is currently sidelined with a thigh injury, he is expected to recover in time for Colombia’s upcoming international friendlies with France and Australia.

The Colombians received many plaudits for their performances at Brazil 2014 that saw them reach the quarter-final stage  and fans will be hoping that this year with Falcao onboard, they can make an even greater impact.

Similar to Falcao, Colombia’s captain James Rodriguez has had mixed fortunes since the 2014 World Cup, during which he was the top goalscorer.

The Cucuta-born star made a $98 million move to Spanish giants Real Madrid in the aftermath of the World Cup in Brazil and impressed in this debut season under then-coach Carlo Ancelotti, scoring 17 goals and providing 18 assists in all competitions.

The former Envigado player however subsequently fell out of favor with former coach Rafa Benitez and later with current boss Zinedine Zidane before making a loan move to German side Bayern Munich.

James struggled initially upon his arrival in Germany up to the point when manager Ancelotti was replaced by Jupp Heynches but has since managed a dramatic return to form registering four goals and six assists in 16 league starts this season.

Bayern Munich coach Heynches has heaped praise on the 26-year-old labeling him a “Godsend” as the 19-point runaway leaders close in on another title and look to have already booked a place in the quarter-finals of the UEFA Champions League with a 5-0 thrashing of Besiktas in the round of 16 last week.

From Colombia’s point of view, the timely returns to form of James and Falcao can only bode well for their World Cup aspirations.

James forms a crucial part of Pekerman’s midfield and was unplayable at times in the last World Cup. The captain already has already netted 21 times in 59 appearances for his country.

Juventus’ Juan Cuadrado‘s situation is a little more worrying as the pacy winger is currently recovering from groin surgery in Italy.

Cuadrado went under the knife at the end of January with the club confirming  “a period of about 30 days rest being foreseen as necessary before he returns to training.”

The Antioquia-born star has scored three Serie A goals in 11 starts this season, but his last action came back on December 23 in a 1-0 victory over Roma.

It is unknown yet as to whether Cuadrado will feature on March 3 when “the Old Lady” takes on Tottenham Hotspur in the second leg of the Champions League round of 16, having drawn the first leg 2-2.

The former Independiente Medellin player makes up an often devastating attacking trio with Falcao and James for the Colombian national team and a return to regular first team action will be essential before traveling to Russia.

Cuadrado has made 67 appearances for Colombia, scoring 7 goals with his impressive performances at the last World Cup earning him a widespread plaudits with him eventually moving to Premier League side Chelsea in 2015.

While he failed to make a significant impact in England, Cuadrado moved to Juventus on loan later in the same year becoming an integral member of the team.

Cuadrado won back-to-back league and cup doubles and helped his side to secure a Champions League final berth where they were defeated by Real Madrid.

In May of last year, he signed a three-year contract after Juventus agreed a fee of $22.5 million with his parent club Chelsea.

While the Colombian team’s abundance of attacking options often grab the headlines, Pekerman will be pleased with the emergence of top quality performers in defense, none more than Tottenham Hotspur’s Davinson Sanchez.

The central defender has had something of a mesmeric rise to prominence over the last two years since starring at the back for Medellin-based Atletico Nacional as it won its first Copa Libertadores since 1989.

Caloto-born Sanchez later moved to Dutch side Ajax, winning player of the year in his first season as his side reached the final of the Europa League, only to be defeated by Manchester United.

Sanchez subsequently found himself on the radar of Europe’s top clubs, eventually settling for a move to North London outfit Tottenham.

The athletic center-back has firmly established himself in Mauricio Pochettino’s first team with the Argentine coach admitting that he has been “surprised” with the impact that the Colombian has had in his first season in the Premier League.

“It is normal in the Premier League, it is not an easy position for players when they arrive, like Lucas [Moura] and Juan Foyth, I think who surprised everyone is Davinson Sanchez, at 21 his performances have been unbelievable,” Pochettino said to local media.

Even at the age of just 21, Sanchez looks to be a front runner to occupy a central defensive position for Colombia at this year’s World Cup.

The consistency of his performances in both South America and Europe over the past three seasons would indicate that he is certainly ready to command the national team’s defense.

Colombia fans will keep an eye on his progression in the lead up to the summer as his side aims to eliminate Cuadrado’s Juventus in the return leg of their Champions League encounter next week.

Yerry Mina is another central defender that will certainly give veteran coach Pekerman something to think about in the lead up to the World Cup.

The 23-year old made a January move to Spanish giants FC Barcelona from Brazilian side Palmeiras and like Sanchez, he has displayed all the characteristics of a future star for Colombia.

Despite making his debut for the Catalan side this month, Mina is still settling into life at the Nou Camp and while many may expect the former Santa Fe star to line out at the heart of Colombia’s defense in Russia, a lot will depend on how much game time he sees in the coming months.

Pekerman will be following the exploits of the Cauca-born player with close attention as speculation continues as to whether he will opt for the youthful pairing of Sanchez and Mina in the high-pressure World Cup environment.

While fellow center-back Oscar Murillo has been a regular starter for Mexican side Pachuca this season, the experienced Cristian Zapata has been relegated to the bench for the most part following the arrival of new coach Gannaro Gattuso at AC Milan.

A consistent run of games with Barcelona would likely see Mina propelled to a starting berth with the national side for its World Cup onslaught.

Colombia’s will face group stage games against Japan, Senegal and Poland in this summer’s World Cup after being drawn in Group H.

Colombia’s group is the only one in the tournament that does not contain a former winner of  world soccer’s biggest prize.