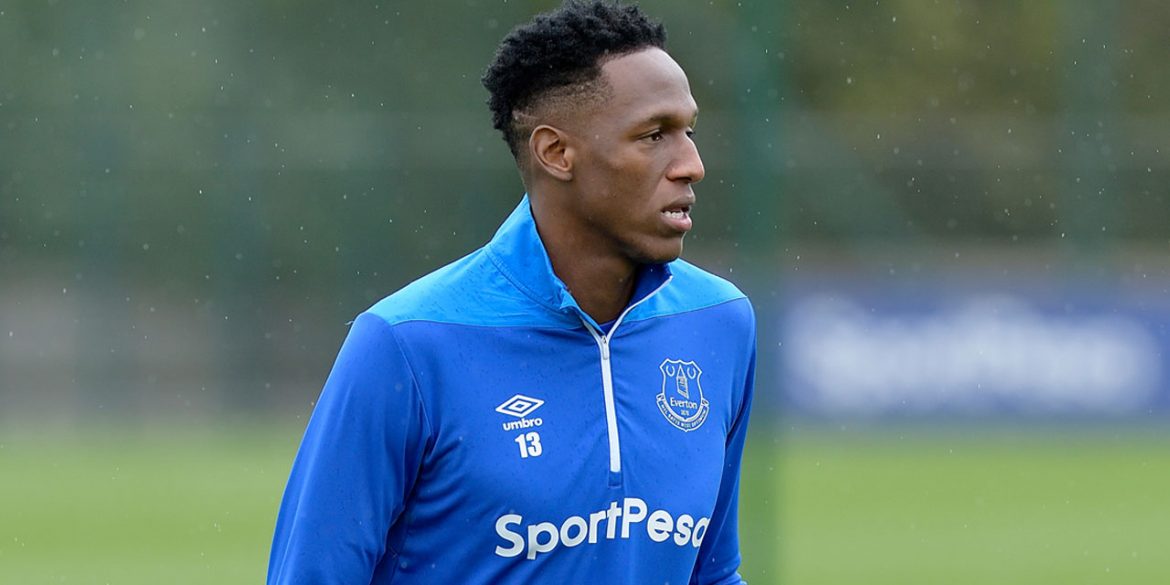 Colombia’s Yerry Mina is one of the most exciting defensive prospects that the South American country has produced in years and is rapidly becoming an essential figure in the national team.

The central defender, who plays with Premier League side Everton has made an explosive rise through the ranks over the past couple of years from the Colombian domestic league to lining out with one of the biggest leagues in the world.

Yerry Fernando Mina Gonzalez was born on September 23, 1994 in the municipality of Guachene, Cauca.

Mina got involved in football at a very young age with local Guachene coach Seifar Aponza from the Raices soccer school recalling that he arrived at the age of five “wanting to become a goalkeeper like his father” but he soon demonstrated his potential to play out the field.

The coach who had contact with Mina throughout his underage development praised his “charisma and attitude” and tipped him to be a big success in the future.

Mina began his professional career with Deportivo Pasto in the Colombian League, making his debut in 2013, going on to represent the club 24 times before being snapped up by Bogota’s Santa Fe the following year.

The center-back went on to win Colombian league and Super League titles with Santa Fe, also securing a Copa Sudamericana, South America’s equivalent of the Europa League in 2015.

In 2017, Barcelona came knocking and agreed a deal with Palmeiras for the services of the Colombian. Mina moved to the Camp Nou earlier than expected in January 2018 in a deal worth in the region of $14.5 million.

Thousands took to the streets of Mina’s hometown to celebrate his arrival in Barcelona with fans carrying a framed photo of the Colombian international through the streets  as they rejoiced at the prospect of seeing the local boy play alongside the likes of Argentina’s Lionel Messi, Uruguay’s Luis Suarez and Brazil’s Philipe Coutinho.

The former Santa Fe player surprised many when he removed his boots and socks and entered the Camp Nou pitch barefoot on the day of his unveiling but he later explained that it was a ritual that dated back to his days at the Bogota-based club.

“There is a saying in my country that says, ‘Touch the land you want to conquer with the sole of your feet.’  And here I want to make history with everyone. I always do it and I hope to succeed,” he said.

Mina became the first Colombian ever to wear the blue and red of Barcelona but has his opportunities for first team action were limited, making just five appearances.

On 8 August 2018, Mina signed for Premier League side Everton for a fee in the region of $33 million.

In a season blighted by injury, the defender made just 15 appearances in the 2018-19 season, scoring one goal.

Colombian coach Jose Pekerman acknowledged the consistent club performances of Mina by awarding him a debut for the national team in June 2016.

Mina has since made a total of 21 appearances of the national team, scoring 6 goals.

Despite a troubled season at club level, Mina made a dramatic impact at the World Cup in Russia, starring for the Colombian national team.

Alongside Tottenham’s Davinson Sanchez, Mina was a rock in the Colombian defense, scoring three goals, all headers, including a dramatic equalizer in a last 16 encounter with England.

With his three goals, he tied the record number of goals scored by a defender in a single World Cup tournament, sharing the record with Germans Paul Breitner in 1974 and Andreas Brehme in 1990.

Veteran coach Pekerman, who gave up the reigns after Colombia’s exit at the hands of England described the player as “one of the greatest revelations of today’s football.”

In July 2019, Mina was charged by the English Football Association for breach of regulations relating to gambling after he appeared in an advertisement for a betting company in Colombia.

The FA charge was for “participating in an advertisement for betting activity which is prohibited from engaging in”.