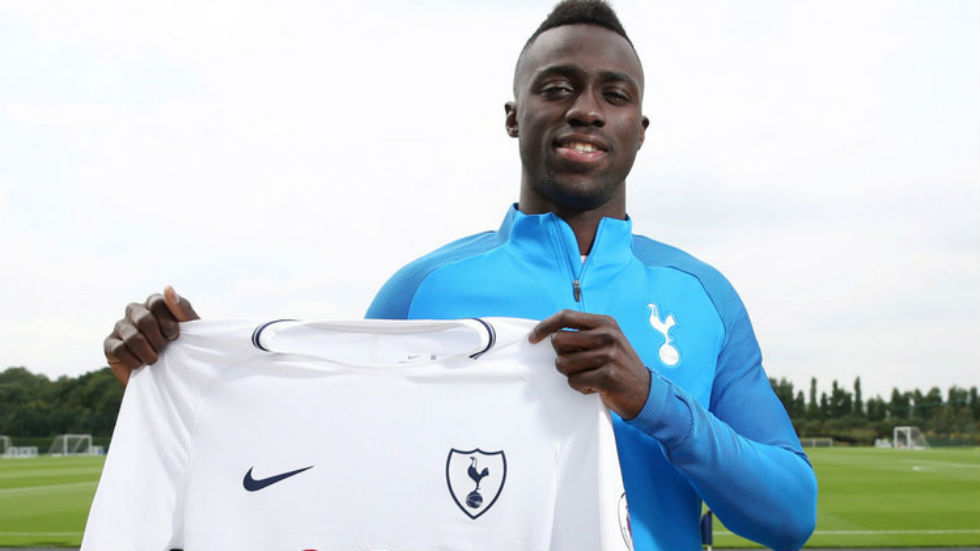 The 21-year-old former Atletico Nacional center back agreed a six-year contract with the London-based club reportedly breaking it’s club transfer record to secure the services of the Colombian who will now wait for a work permit to be approved.

The fee is believed to be in the region of $53.7 million, breaking the previous record of $38 million that Spurs paid Newcastle for the midfielder Moussa Sissoko last summer.

“We are delighted to announce that Davinson Sanchez has completed his move to the club, subject to receipt of his work permit later this week,” said the club in an official statement.

“This is a massive opportunity for me because of what Tottenham represent, not just here in England but around the world,” said the Colombian international to reporters.

“It’s a huge step forward in my career and will allow me to continue developing and achieving big things,” he added.

Sanchez has enjoyed a mesmeric rise over the past 18 months having formed a formidable center back partnership with the veteran Alexis Henriquez at the heart of the Atletico Nacional defense, last year securing a first continental title since 1989 and only the second in the Medellin club’s history.

His outstanding performances caught the eyes of a number of suitors in both South America and Europe before Ajax secured his services on a five-year contract.

The defender, who made his international debut on November 15 last year in a 3-0 defeat to Argentina in a World Cup qualifier played for the Amsterdam-based club 45 times winning “Player of the Year” in his first season, also reaching the final of the Europa League.

The Caloto-born star, who will wear number 6 at his new club will provide manager Mauricio Pochettino with an additional option in defense following the sale of Kyle Walker to Manchester City earlier in the summer.

With crucial World Cup qualifying matches beckoning for Colombia, the defender is likely to be to the forefront manager Jose Pekerman’s thoughts as they seek a passage to Russia 2018.