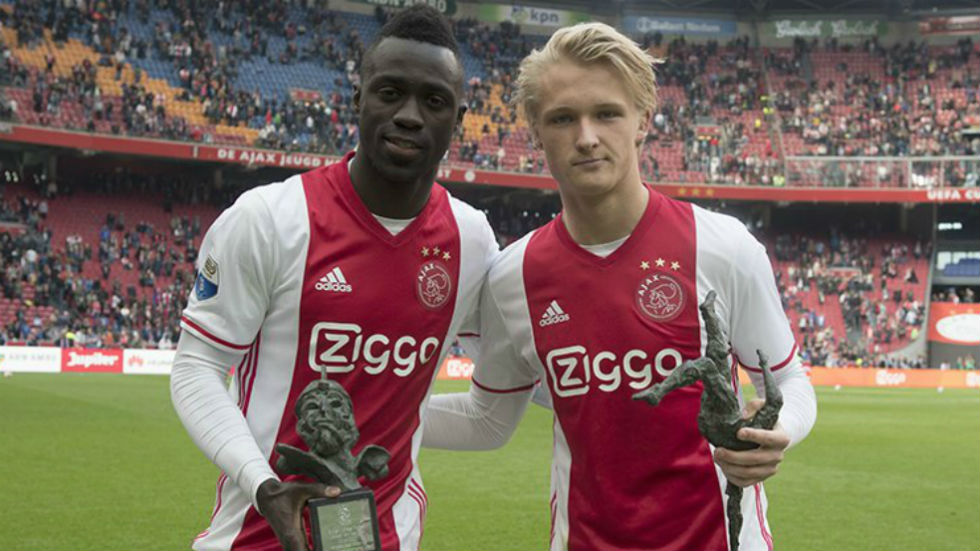 Just one year after leaving his native Colombia, one of the country’s brightest young prospects has been named “Player of the Year” at Amsterdam club AFC Ajax.

Davinson Sanchez, who transferred to the Dutch capital after winning South America’s Champions League equivalent with Atletico Nacional last year was recognized as the club’s outstanding player in just his debut season.

The 20-year old Colombian international was awarded the prestigious “Rinus Michels” trophy, named after the legendary 1950’s Dutch footballer having anchored the defense of the 33 time league Dutch league winners this season, scoring five goals in his 31 league appearances.

His side lie second in the Dutch league but already have one foot in the final of Europe’s second most prestigious competition, the Europa League after defeating French side Lyon 4-1 in the first leg of their semi-final last week.

The Caloto-born defender will hope his side can finish the job in France on Thursday in the return leg to qualify for the final where they are likely to face Manchester United who also hold an advantage going into their second leg against Celta Vigo.

Sanchez formed a formidable partnership with Alexis Henriquez at the heart of the Atletico Nacional defense last year securing a first continental title since 1989 and only the second in the Medellin club’s history.

His outstanding performances caught the eyes of a number of suitors in both South America and Europe before Ajax secured his services on a five year contract.

The defender, who made his international debut on November 15 last year in a 3-0 defeat to Argentina in a World Cup qualifier is now subject to speculation about a move to Spanish giants Barcelona, according to British media reports.

Barcelona had expressed an interest in Sanchez last year but he opted for Ajax in the hope of securing more regular first team opportunities.

Asked about the transfer speculation, the center-back admitted to Voetbal Interational that the link to Barcelona is flattering but his focus is on winning trophies with the four-time European Cup winners Ajax.

“People in South America know Ajax as a nice gateway to a good career in Europe,” said Sanchez.

“It is very flattering to be linked with a club like Barcelona. But I only just got here and I want to achieve something before making the next step. I am not thinking about it for now. Ajax are my main priority at this stage,” he added.

Sanchez has a contract with Ajax until June 2021.