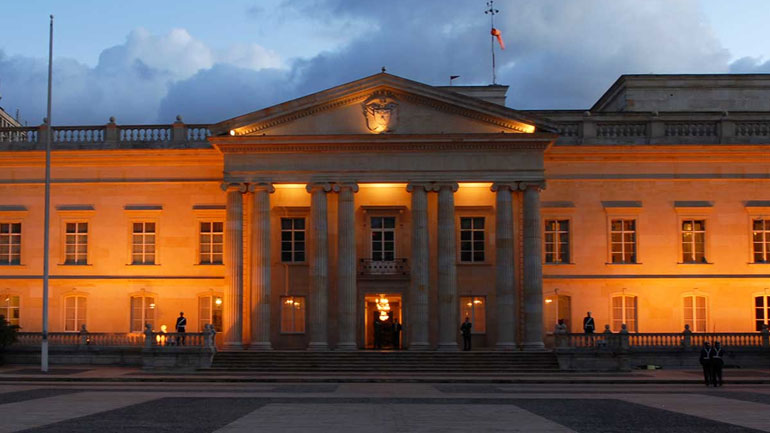 Yet another former Uribe official charged over ‘Colombia’s Watergate’

The former Press Secretary of the past Alvaro Uribe administrations has been charged with conspiracy over his alleged role in the spying on Colombia’s Supreme Court.

Cesar Mauricio Velasquez is just one of many of former President Alvaro Uribe’s staff to be either indicted or convicted over a massive scandal over the administration’s spying on the Supreme Court, journalists, human rights defenders and political opponents.

The wiretapping by the now-devolved Colombian intelligence agency DAS targeted a multitude of officials who were seen as capable of uncovering ties between powerful politicians, including the former president’s cousin, and members of paramilitary organization AUC.

The long list of those tapped includes everyone from foreign diplomats to the justices of the Colombian Supreme Court itself.

Velasquez’ indictment is yet another instance of criminal charges being filed against former Uribe staff members.

Velasquez is accused of having illegally obtained information from the DAS and to have been present at a meeting with “Job,” the representative of demobilized and jailed paramilitary leaders inside the presidential palace.

This meeting laid the basis of what would become a conspiracy between demobilized paramilitary bosses, the President’s Office and the DAS to undermine investigations against politicians.

The involved politicians had used their ties with the paramilitaries to get elected into Congress during the 2002 and 2006 elections and provided Uribe with a congressional majority.

Due to the severity of the charges, the Prosecutor General’s Office will ask that the case’s judge guarantee Velasquez be sent to jail under high-level protection. The request, however, is irrelevant as Velasquez has spent the last five years living in Rome.

The former press secretary’s lawyer, Jaime Granados, described the latest indictment as discrimination by the courts towards former Uribe officials.