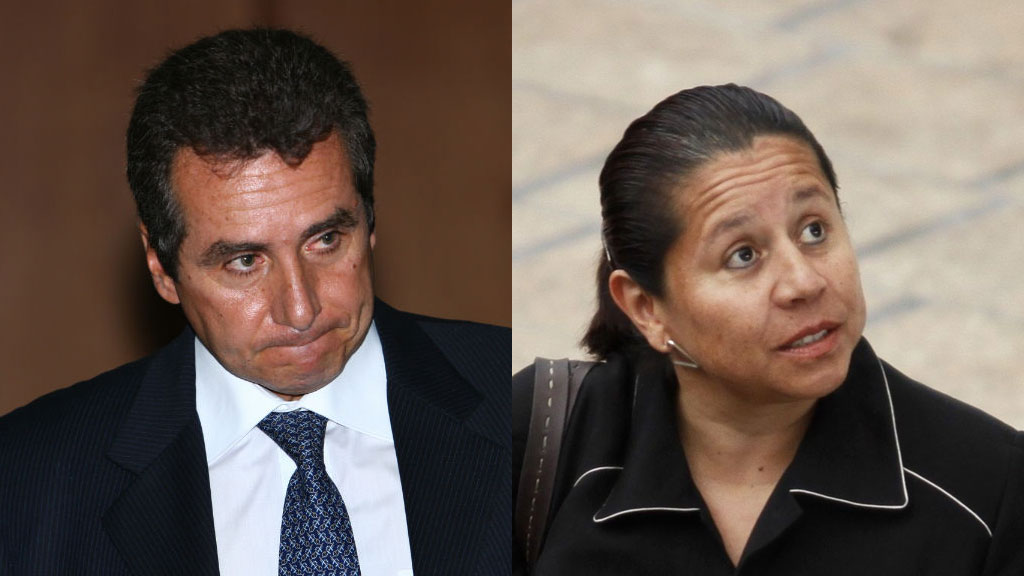 The former chief of staff of former Colombian President Alvaro Uribe and the country’s former intelligence chief were sentenced to prison on Thursday for their role in the illegal wiretapping of persons and entities seemingly deemed inconvenient for the Uribe administration.

Hurtado is already in prison after she was extradited from Panama. Moreno until Thursday was a free man as he was released on bail for the duration of the judicial process.

The sentences are the latest in a series that have sent former key members of the Uribe administration to court.

Two weeks ago, two former ministers were sentenced to lengthy prison sentences for bribing congressmen to approve a constitutional amendment that would allow the 2006 reelection of Uribe. A second former chief of staff was convicted for the same crime.

Uribe’s former Agriculture minister fled the country before being convicted for embezzling tens of millions of dollars. The former Peace commissioner did the same just before being charged for faking the demobilization of a fictitious FARC front days before the 2006 elections.

A second former spy chief is in prison for homicide carried our by right-wing paramilitary forces that collided with the DAS and was ultimately disbanded because of the ongoing scandals.

Dozens of former congressman, including Uribe’s own cousin, have been convicted for ties to paramilitary groups.

As if the handed down sentences weren’t enough, the Prosecutor General’s Office is still investigating a number of Uribe aides for their role in the crimes committed by the former administration. Uribe’s hand-picked presidential candidate in last year’s elections, is also facing investigations after prosecutors found a campaign worker spying on ongoing peace talks with rebel group FARC.

Uribe — president between 2002 and 2010 and in the senate since last year — has consistently claimed he and his former cabinet members and political allies are the victim of a political persecution led by his successor, President Juan Manuel Santos, and Prosecutor General Eduardo Montealegre.