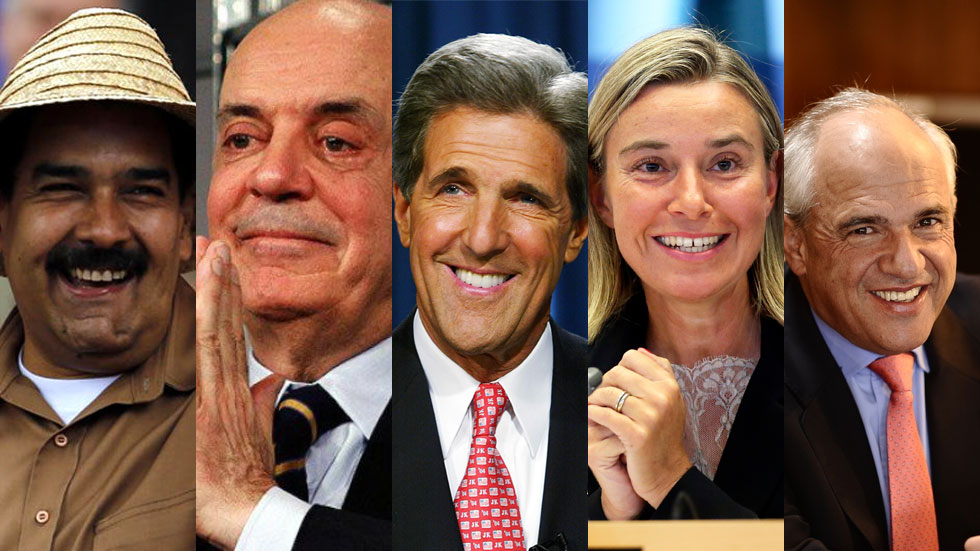 Among the first to congratulate the government and people of Colombia was outgoing United States Secretary of State John Kerry, who said in a press statement on Saturday the deal was “forward on Colombia’s path to a just and durable peace.”

I want to congratulate the government and people of Colombia on achieving a revised peace agreement. President [Juan Manuel] Santos and his negotiating team, those from the “No” campaign, and other important sectors of Colombian society deserve credit for engaging in a far reaching and respectful national dialogue following the plebiscite. This agreement has the benefit of many hours of discussion between supporters and critics of the original Peace Accords. After 52 years of war, no peace agreement can satisfy everyone in every detail. But this agreement constitutes an important step forward on Colombia’s path to a just and durable peace. The United States, in coordination with the Government of Colombia, will continue to support full implementation of the final peace agreement.

The European Union’s vice-President and foreign affairs coordinator Federica Mogherini said the reached deal was “good news” in a press statement on Sunday.

The EU had suspending the ratification of the EU Trust Fund for Peace in Colombia, but Mogherini said this fund would be immediately ratified on December 12 when the union’s foreign ministers have their next summit.

Over the last six weeks the Government of President Santos, the leaders of the NO Campaign, the FARC-EP, and representatives of civil society have made a considerable effort to respond to the concerns and wishes of the Colombian people which were expressed in the vote on 2 October. I hope that the new text which has been agreed will command the broad support of Colombian society. The European Union remains firmly committed to supporting the Colombia Peace Process, and in particular to implementing measures which will contribute to the construction of lasting and durable peace in Colombia.

The Union of South American Nations (UNASUR) said in a Tweet that “important agreements were reached between the opposition and the government were reached” on Saturday, before Colombia’s political opposition had responded to the revision of the deal they had opposed.

Brazil’s Foreign Ministry said in a press statement that its government “with great satisfaction has received the news that the Colombian government and the FARC-EP have arrived in Havana to a new peace agreement, which incorporates adjustments, clarifications and suggestions presented in recent weeks by the various sectors that supported the option for ‘No’ in last October’s referendum.”

The Brazilian government expresses its hope that the new text will obtain the necessary support of Colombian society, and that the same spirit of goodwill and national reconciliation prevail during the implementation of the peace agreement as well as in the still ongoing negotiations with the ELN, for the benefit of Colombia and the entire region.

Venezuelan President Nicolas Maduro said “this new accord expresses the will and the strong will of the Colombian people to reach peace.”

The revised peace deal, which was made public on Sunday, still has to be signed by Santos and FARC leader Rodrigo Londoño, a.k.a. “Timochenko,” while the opposition revises the changes.

However, both the government and guerrillas have said the deal will “soon” be implemented.

The FARC will then immediately resume its demobilizationm disarmament and reintegration process, the government will carry out numerous social and political reforms to prevent more armed conflict while a transitional justice system will be put in place in an attempt to provide justice for the 8 million victims left after 52 years of violence.