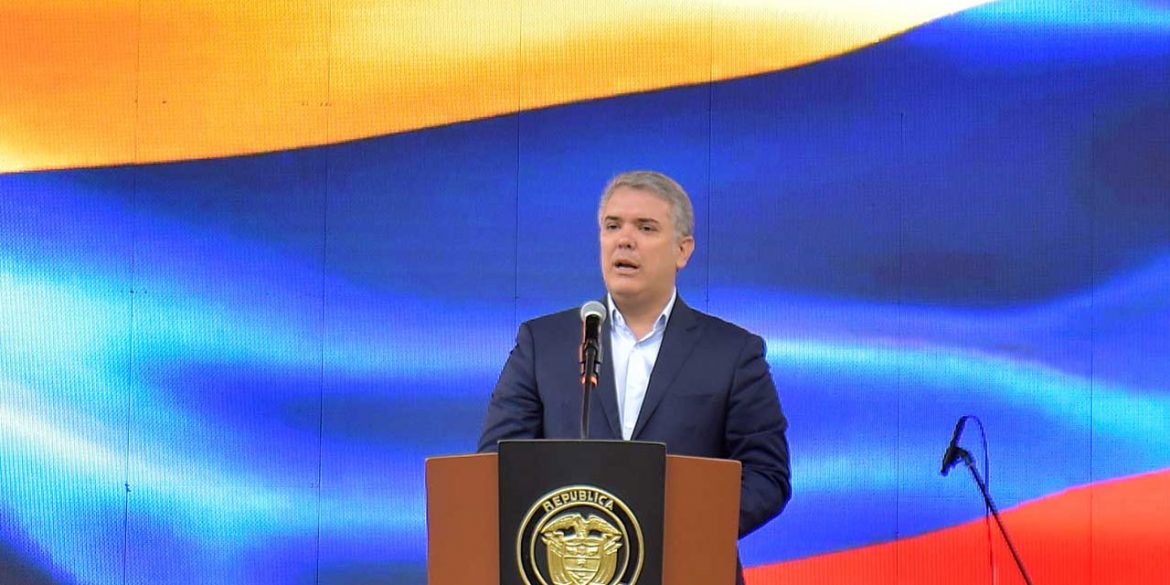 Will Colombia’s national strike force Duque to assume his responsibilities as president?

Mass protests expected in Colombia next week are part of an ongoing struggle to pull President Ivan Duque to the center and away from his far-right party.

This move is fiercely opposed by the president’s far-right Democratic Center (CD) party, whose bosses have everything to lose.

Without Duque using his position of power to defend the interests of his party and its boss, former President Alvaro Uribe, the CD’s future looks grim.

Uribe is already in court and others could follow because of their alleged involvement in organized crime and complicity in crimes committed during the armed conflict.

For many in the party, the possibility of losing their stranglehold on the executive branch is not a political threat, but a judicial one. They have no reason to fear the left, their beef is with justice.

Duque and his party have been warning about violent protests without there being any credible indication that those marching next week have any violent intent, people are just fed up.

The CD suffered a devastating defeat in local elections last month because the party was punished over Duque’s 15 months of mismanagement, corruption and lies.

The party’s conspiracy theories about “foreign anarchists” and the Forum of Sao Paulo seeking to “destabilize democracy” have only mobilized far-right “anti-riot squads.”

The police brutality that violently repressed peaceful indigenous and student protests, the death threats and the mobilization of fight squads indicate that the “uribistas” are the ones willing to use violence.

Like the majority in Congress, those taking to the streets next week just want a normal government, not one that uses violence to protect criminal interests.

Duque’s at the crossroads

Duque should have engaged in meaningful dialogue with Congress, indigenous peoples, unions and students in order to find compromises. He is now facing calls to resign because he hasn’t.

Unlike some in his party, Duque is no radical or a criminal. The president is an educated technocrat with a natural disposition for consensus politics.

Colombia’s voters elected Duque president to execute public policies, not to be the fixer of alleged criminals and radicals.

It’s a shame things have come this far, but hopefully the massive force of the people can liberate Duque from the claws of his political party.

The president’s choice is between betraying the people of Colombia or opposing the land thieves, war criminals and narco-elites in the CD.