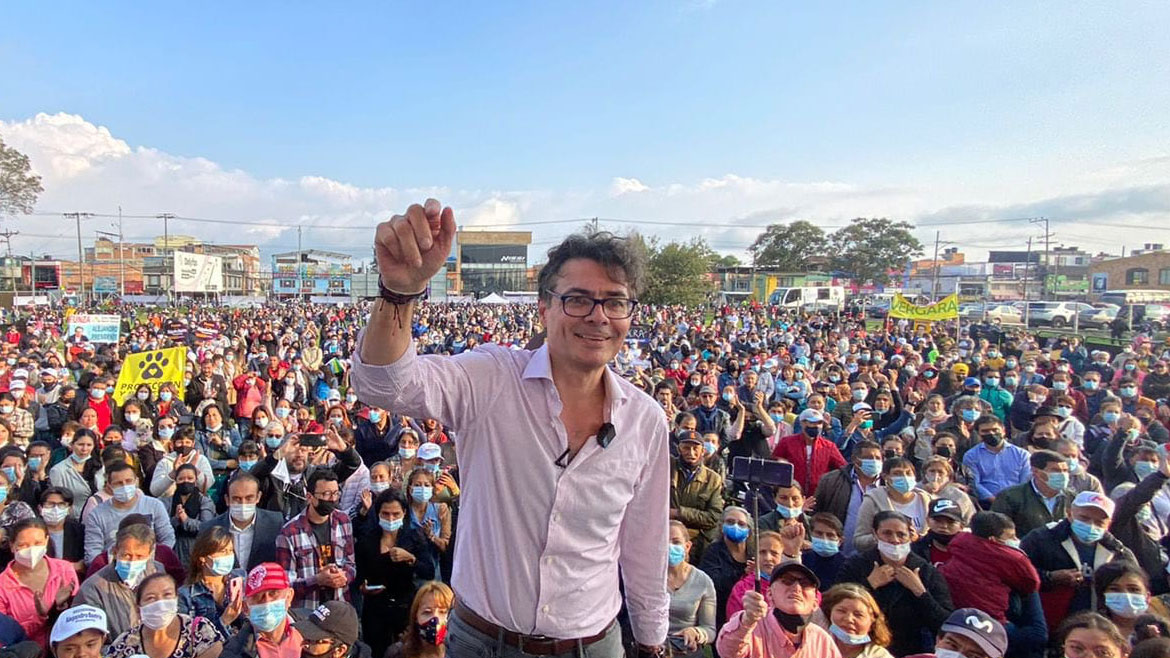 Why Colombia’s moderates are infighting again

Colombia’s coalition of moderate election candidates has all but fallen apart.

The latest crisis comes a little more than two weeks before supporters of the Center Hope Coalition elect their presidential candidate.

Primary candidates Sergio Fajardo, Juan Manuel Galan and Carlos Amaya tried to stay out of the fight between Robledo and Gaviria.

According to Robledo, the meetings violated the candidates’ agreement to shun support from coalition parties.

We have always stated that we would not team up with the forces that elected [President] Ivan Duque and have supported his government.

Gaviria rejected his rival’s objections. “If they’re going to tell me who to talk to, we’re screwed,” he told Caracol Radio on Friday.

The candidates of the Center Hope Coalition have been behind their main rival in the election race, progressive opposition Senator Gustavo Petro.

Other candidates threaten the moderates’ chances for a run-off ticket in the first round of the presidential election in May.

Gaviria believes that the Center Hope Coalition needs support from outside the coalition to stand a chance in the first round in May.

Robledo and Betancourt believe that a coalition with the notoriously corrupt coalition parties would harm the chances of the anti-corruption opposition coalition.

The regular infighting has become a major threat to the Center Hope coalition and its ability to put their combined weight behind a single candidate after the primary.