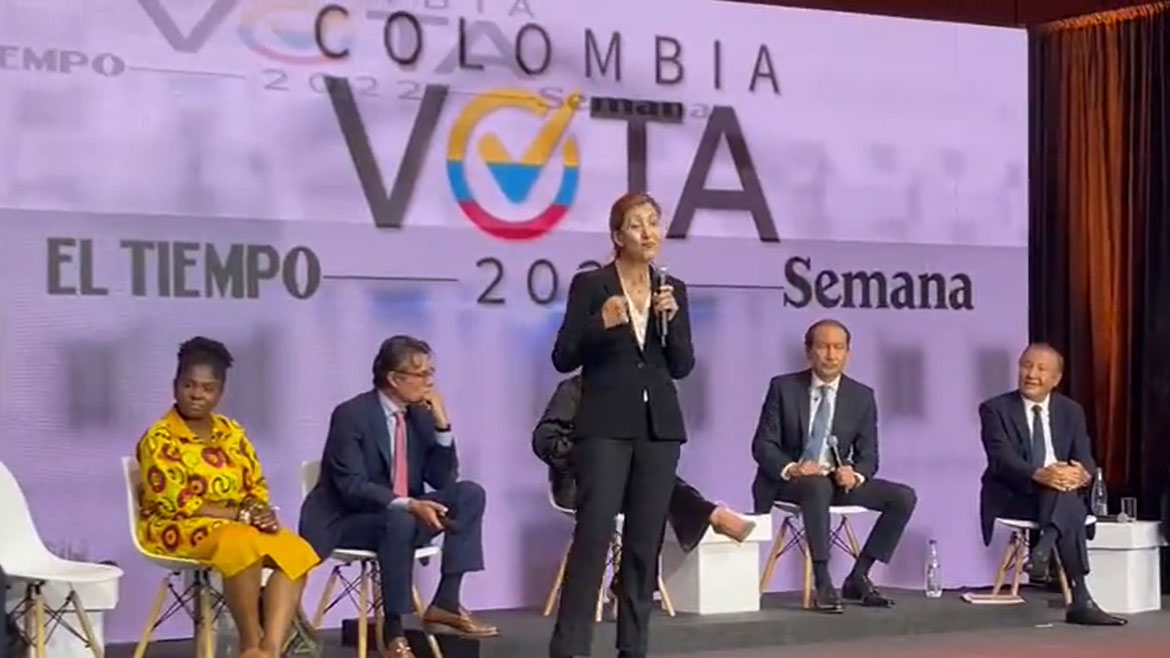 Infighting among Colombia’s moderate presidential candidates caused the implosion of their “centrist” coalition.

Betancourt made her decision a week after she announced her candidacy and six weeks before the congressional elections and the coalition’s primary.

The rift has major consequences for Center Hope Coalition candidates who are campaigning on a Green Oxygen ticket.

De la Calle said Sunday that he would ask the National Electoral Council about his ability to participate in the Center Hope Coalition’s presidential campaign.

The collapse of the Center Hope Coalition is due to a disagreement between Betancourt and her former rival in the primary, Alejandro Gaviria.

Betancourt blasted Gaviria during a debate last week for seeking support from politicians that don’t belong to the Center Hope Coalition.

According to the Green Oxygen chief, the independent candidate violated the coalition’s formation pact.

Gaviria disputed this claim and said that Betancourt violated the agreement by expressing her misgivings publicly.

The clash between Betancourt and Gaviria was the latest of multiple disputes inside the coalition, which has committed a “slow-motion suicide,” according to journalist Daniel Coronell.

The implosion of the moderates’ coalition is likely to benefit other opposition coalitions and candidates.

On behalf of the progressive “Historic Pact,” Senator Roy Barreras invited members and supporters of the Center Hope Coalition to “win together in the first round” of the presidential elections.

Let’s make a pact for peace and democracy we all believe in. Welcome!

Presidential candidate Rodolfo Hernandez of the rival “Anti-Corruption League” didn’t immediately respond to the implosion of the moderates’ coalition.