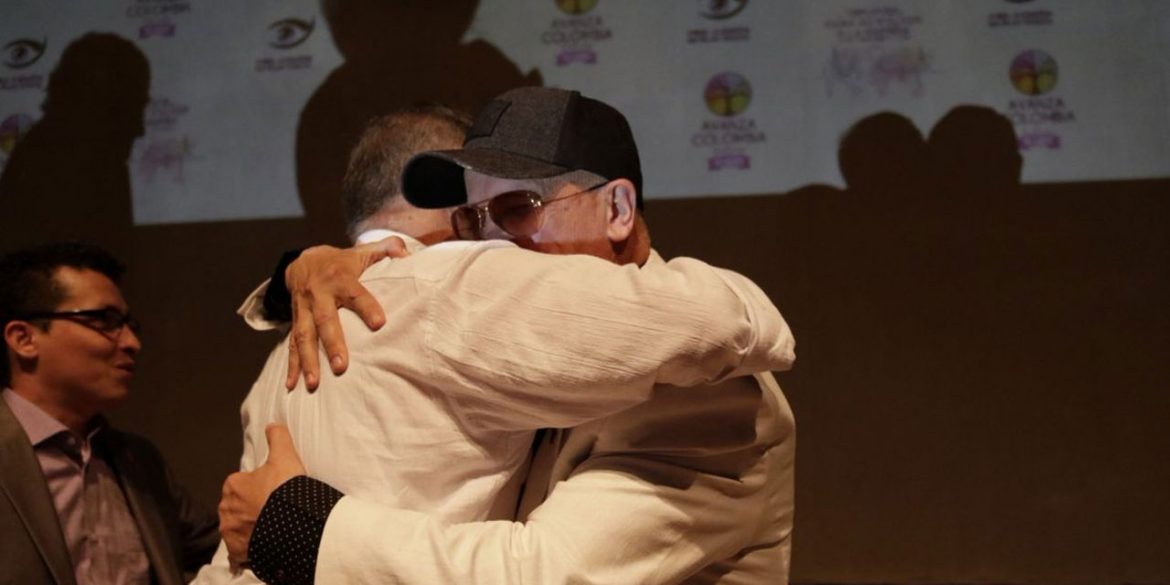 ‘We’ll have to unmask them all’: former warlord about Colombia’s private sector

One of the leaders of now-defunct paramilitary group AUC will “unmask” businesses and military commanders allegedly responsible for war crimes before Colombia’s war crimes tribunal.

Ivan Roberto Duque used to be “Ernesto Baez,” the political chief of the AUC’s Bloque Central Bolivar (BCB). Now he is one of the most active former paramilitary commanders in the peace process with the FARC.

At a forum at the University of Caldas in Manizales, the former AUC chief accused the government of President Ivan Duque of betraying the FARC exactly like the president’s political patron, former President Alvaro Uribe.

I had the same experience. While we were carrying rifles, he listened to us, because in government, Uribe was interested in advertising paraphernalia. That’s why I’m pessimistic as long as the president doesn’t fulfill promises.

The former paramilitary chief isn’t done with those pretended being legitimate businessmen, politicians or military officials while he was serving prison. “We’ll have to unmask them all with the help of the Special Justice (sic) for Peace,” (JEP), Duque told the students.

The former AUC chief explicitly mentioned Ecopetrol, the state run oil company he said embezzled state funds with the help of the paramilitaries.

For example, said Duque, the AUC blew up oil pipelines with the complicity of the oil company’s union, contractors and Ecopetrol.

“Everyone won, everyone had their interests, the company’s union, the contractors in charge of repairs” and Ecopetrol, which allegedly inflating the damage suffered in the paramilitary attacks in order to boost reimbursement.

Duque is just one of many AUC commanders who have said that Ecopetrol was one of their main allies while the paramilitaries were terrorizing the country.

The businessmen and politicians who cooperated with the AUC in crimes against humanity have until Friday to voluntarily submit to the JEP.

Those who do not and are mentioned during the trials will automatically be forwarded to the prosecution, which has also been implicated, that already has a list of more than 2,300 businessmen and 3,300 state officials accused of war crimes.