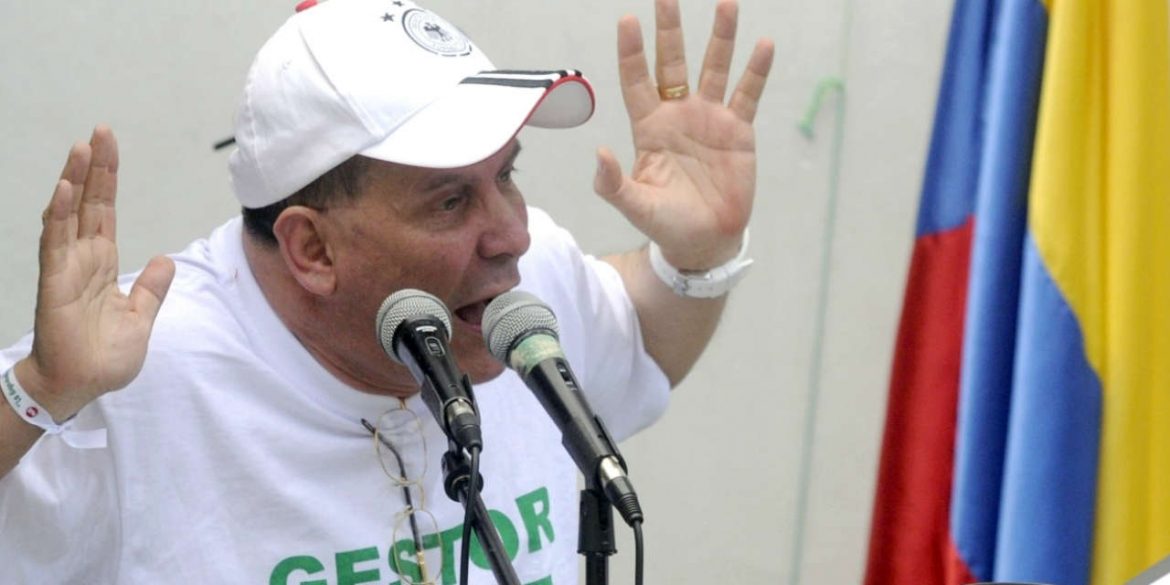 Far-right death squads controlled approximately half of Colombia’s congress in the early 2000s, according to one of the paramilitaries’ most important political chiefs.

Ivan Roberto Duque, the political leader of the Central Bolivar Bloc, said that the people of Colombia have yet to find out the true scope of influence of the AUC and aligned paramilitary forces.

More than 60 congressmen, at least seven governors and an unknown number of local government officials have been sent to prison, but according to Baez, many more politicians played a role in the mass victimization of Colombians.

“The issue of politics and interfering in elections … happened all around me. I believe that more or less the half of Congress was influenced by” paramilitary groups,” Duque told journalist Vicky Davila, whose father-in-law is serving a 24-year prison sentence for his ties to the AUC.

The former paramilitary chief said he was certain that also the FARC, the guerrilla group that demobilized last year, received support from political actors and businesses.

I personally urged to [FARC leaders “Jesus] Santrich,” [“Pablo] Catatumbo” and “Ivan Marquez” the necessity that those who know the truth … the actors in the armed conflict who know what happened … tell Colombia what happened not just in regards to parapolitics but also in regards to the para-economy as well as the support of the armed forces. The truth has yet to be told.

Duque said that he alone enjoyed the active support of “32 congressmen, governors, mayors and council members.”

The AUC’s former ideologue said he had “no doubt” that paramilitary commanders influenced the presidential elections of 2002 in which Senator Alvaro Uribe was elected president.

Duque said there was “no doubt” that the AUC influenced the 2002 vote, but said that each paramilitary commander was free to support candidates.

“This doesn’t mean that there weren’t paramilitary sectors that supported Uribe, I am certain there were, but there was no order that came from the central command,” the former paramilitary leader said.

“As far as I know” Uribe never made a pact with the AUC to promote his election, according to Duque.

“I have grave concerns about that man … however, those concerns can not make me confirm … that we had an agreement with” the former president to interfere in the elections.

Duque expressed doubts about US claims that FARC commanders would be involved in drug trafficking after their demobilization.

“I hope they won’t be confronted with the same as we,” said Duque, who was one of the few AUC commanders to not be extradited to the US on claims they continued criminal activity.

“We made commitments and agreements and the government blatantly violated them,” said the former AUC leader, who warned about the consequences of state noncompliance with the peace deal.

There are still a number of pending issues in regards to violence in the country; the ELN and mainly the issue of the inappropriately called ‘BaCrim’ that are nothing but poorly demobilized paramilitary organizations.

Duque also urged to recognize that the country failed to demobilize the paramilitaries, and the systematic use of death squads in politics and the economy.

“What happened was a demobilization of an armed wing of the paramilitary system, but as a political, social, economic, almost ‘cultural’ phenomenon it has not disappeared,” said Duque.

If we want peace, we need two fundamental things: We must comply with the agreements [with the FARC] … and we must intervene as soon as possible in the issue of the violence … of the BaCrim,” said Duque.

Furthermore, the former paramilitary leader decried the country’s news media and judicial system for failing to follow up on the “1,500 hours of testimonies” of demobilized members of the AUC in which they identify businessmen and members of the military that allegedly participated in the mass victimization of civilians.

The former AUC has agreed with the FARC last year to collaborate with the Truth Commission in the hope to again clarify crimes committed during the armed conflict and end the violence that continues to ravage must of the country’s countryside and urban peripheries.